An Acoustic Evening with Sevendust at El Corazon (Photo Slideshow) 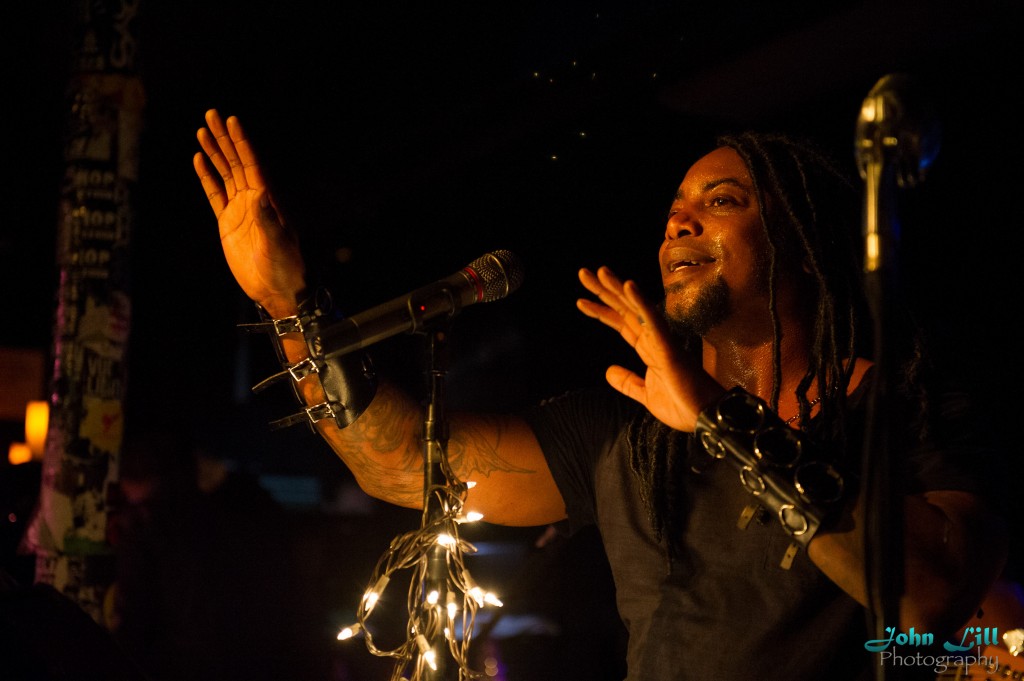 Being a long-time Sevendust fan, I wasn’t quite sure what to expect at the El Corazon on Friday night. A mellow Sevendust is quite the oxymoron, especially when comparing what was billed as an “acoustic evening” to their catalog of material.  Although this is not Sevendust’s first rodeo with an acoustic album/tour (Southside Acoustic Double – 2004), it was a first for me, as I’m sure it will be for many fans.  Let me tell you . . . they delivered one of the best shows I’ve seen.

One thing is certain:  the acoustic canvas offers Lajon Witherspoon a clean palette on which to paint his vocals in various fashion, with a never-ending rainbow of colors that was nothing short of amazing. His range and vocal abilities are simply breathtaking.

Adding to the unique experience of “An Evening With Sevendust” were the stories and fun banter by the band – from funny anecdotes to the emotions behind particular lyrics. Of special note was Witherspoon’s emotional intro to “The Wait,” which told of the heartbreak of watching a loved one die of an illness; something the band went through with the recent passing of John Connolly’s father. I don’t think there was a dry eye in the house.

It would be safe to say that there was nothing predictable about the band’s performance on this tour. Who would expect to see Witherspoon sporting a Wicket the Ewok t-shirt, or singing Journey’s “Don’t Stop Believing” and Stevie Nicks’ “Edge of Seventeen?” But he did, and to great appreciation by the audience, who sang along to the familiar tunes.

The tight musicianship of the band was proven time and again with their impressive vocal and melodic harmonies. The reworked classics had a deliciously fresh appeal, and the new songs sounded amazing.  The jams were very heavy and energetic, lending new meaning to the term “acoustic show.”

On an evening like this, you wouldn’t expect to hear the usual set list from the band, and everyone was okay with the change up. The great thing about Sevendust is that they have a wide range, so fans can enjoy a heavy song like “Pieces,” and a soft, harmonic song like “Skeleton Song” just minutes later. On this night in Seattle, we were able to hear songs such as “Crucified,” “Prayer,” “Xmas Day,” “Angel’s Son,” and more, including songs from their new album Time Travelers & Bonfires. We were also treated to a cover of “Hurt” by Johnny Cash, which is something the band will probably never do again after this tour, so this made it an even more special evening.

There were quite a few times that Witherspoon simply couldn’t stay put on his stool, as the music overtook him, which was just fine with the crowd!  It was equally entertaining to watch the normally gravity-defying Lowery (guitar/vocals) trying to sit still on his little stool or the usually animalistic Morgan Rose (drums) trying to maintain a lower keel. A few times, Rose unconsciously got louder and a little louder on the kit, until one of the guys would smile over at him. You could see him laugh at himself with a, “Oh shit…sorry – yeah, this is supposed to be acoustic!” look.  It was akin to putting hungry lions in front of dinner and asking them to savor each morsel piece by piece. But savor they did, and the result was a spectacular effort by the entire band.

Overall, “An Evening With Sevendust” is the ultimate showcase of the collective talents of a band that has stood the test of time. They continue to deliver poignant, solid and relevant songs. The level of musicianship was off the charts. I don’t care if you’re a Sevendust fan or not, there is no way you can see this show and not appreciate the level of mastery on that stage. Add the intimate setting, personal stories, reworked classics intertwined with the six new songs from Time Travelers and Bonfires and you will have an evening, which you most assuredly won’t soon forget. 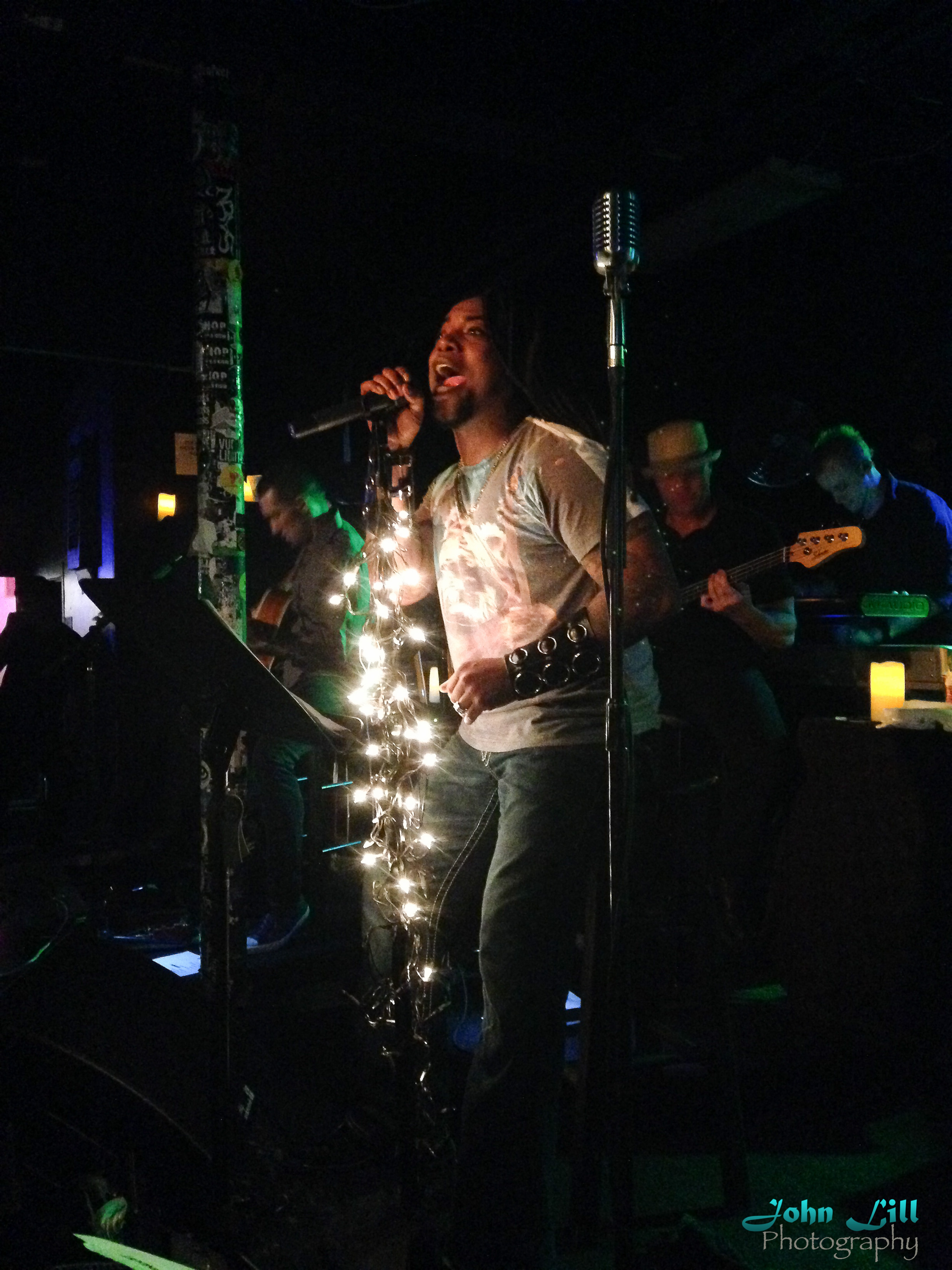 Arlene Brown is both a writer and photographer for SMI. She likes to take things one picture at a time. Covering and reviewing shows from Soundgarden, The Proclaimers, Lorde, The Head & The Heart, to Hank3, Bob Log III, New Politics, Black Joe Lewis, Grouplove, including local and national rising bands and more, she truly loves to try to get that perfect shot. Looking for that raw emotion, energy, power that only live music can deliver, she captures the essence of a show in her own unique style.
Related ItemsAcousticEl CorazonJohn LillLajon WitherspoonLive MusicMetalPhotosSeattleSeattle Music HappeningsSevendust
← Previous Story Kris Orlowski Releases New Album with help from Campfire Ok and St. Paul de Vence
Next Story → Afghan Whigs Unleash Their Beast at The Showbox (Photo Slideshow)