By Christine Mitchell on April 22, 2014@Housetornado37 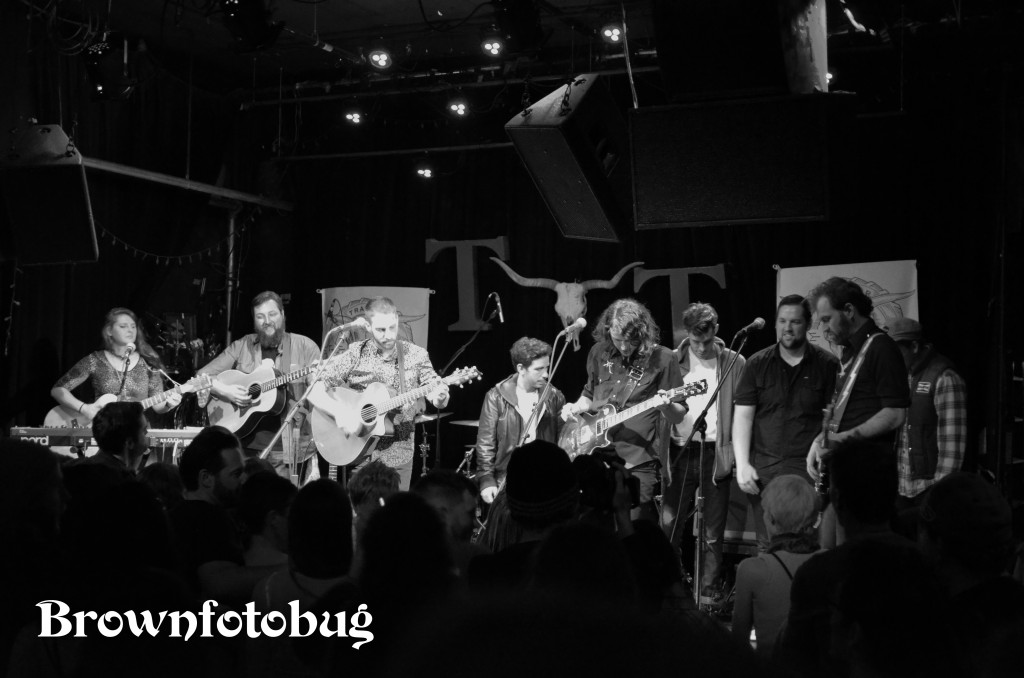 So, take a bullhorn and hook it up to a car battery. Bring a pile of multicolor feather masks and wings made of thrifted, ripped sheets and have a bunch of strangers put them on. The bullhorn doesn’t work, but that’s okay, because the man in charge of the bullhorn is also in charge of crazy percussion (including cowbell). The bass looks like it once belonged to a member of Jem and The Holograms. Everyone has had a lot of beer. And, apparently Arlene Brown and I look old enough to be “the band moms” and young enough to be Ellie Goulding.

Welcome to the EP release party for The Horde and The Harem’s Fairweather Friends at The Tractor.

The oddities started with the first band, Patrick Foster and The Locomotive. Half of the band was stranded “east of the mountains’” because of a fire. So, the remaining half of the band opted for a more muted acoustic set. The lead singer has a beautiful, wide-ranging voice, but with half of the sound missing it was hard to know the true intent of the bluesy-folksy music.

Next up were the adorably geeky Brite Lines. Their set had a “Duck, Duck, Goose” feel, as band members swapped instruments freely for the remainder of the entire show. It was interesting and also disorienting. One of Brite Lines’ drummers had an especially good sense of negative space in his drumming, while those trading on electric guitar eschewed their picks, which produced some very nice tones and unexpected sounds. Lead singer Zach Gore has a great voice and great stage presence, smiling and happy-dancing his way through darkish, folkish songs of love leaving and gone.

Learning Team is a band on the verge of breakup, as the Bellingham-based boys will graduate from Western and/or relocate across the nation. In fact, they only have one show left together as a band on May 16 at The Shakedown in Bellingham. And, it’s sad, because they sound great. The bright side is that with all of that combined talent, there should be some great new bands sprouting from Learning Team that play similar epic, atmospheric tunes.

The Horde and The Harem have a sound that I can’t immediately pin down, and I count that as a very good thing. TH+TH is contributing something new, exciting and different. The lead guitarist seemed to be on his own planet for much of the show, drawing psychedelic, unearthly sounds from his Les Paul that contrasted with the ethereal vocal harmonies of singers Ryan Barber and Hanna Stevens. “Salutations” involves a beachy ukulele, but made no appearance in any other song. The band worked its way through Fairweather Friends in its entirety, as the crowd drunkenly danced along. The masks and wings were out in full force well before the end of the show, and I was embraced more than once by sheety arms and nearly beaked in the face multiple times. It was quite the party. And I don’t know whether it was the vibes emanating from The Horde and The Harem, The Tractor, or just Ballard in general, but it was a happily strange sort of night – the kind that ends up with someone riding a bike up a hill while lit up like a Christmas tree. Rock on. 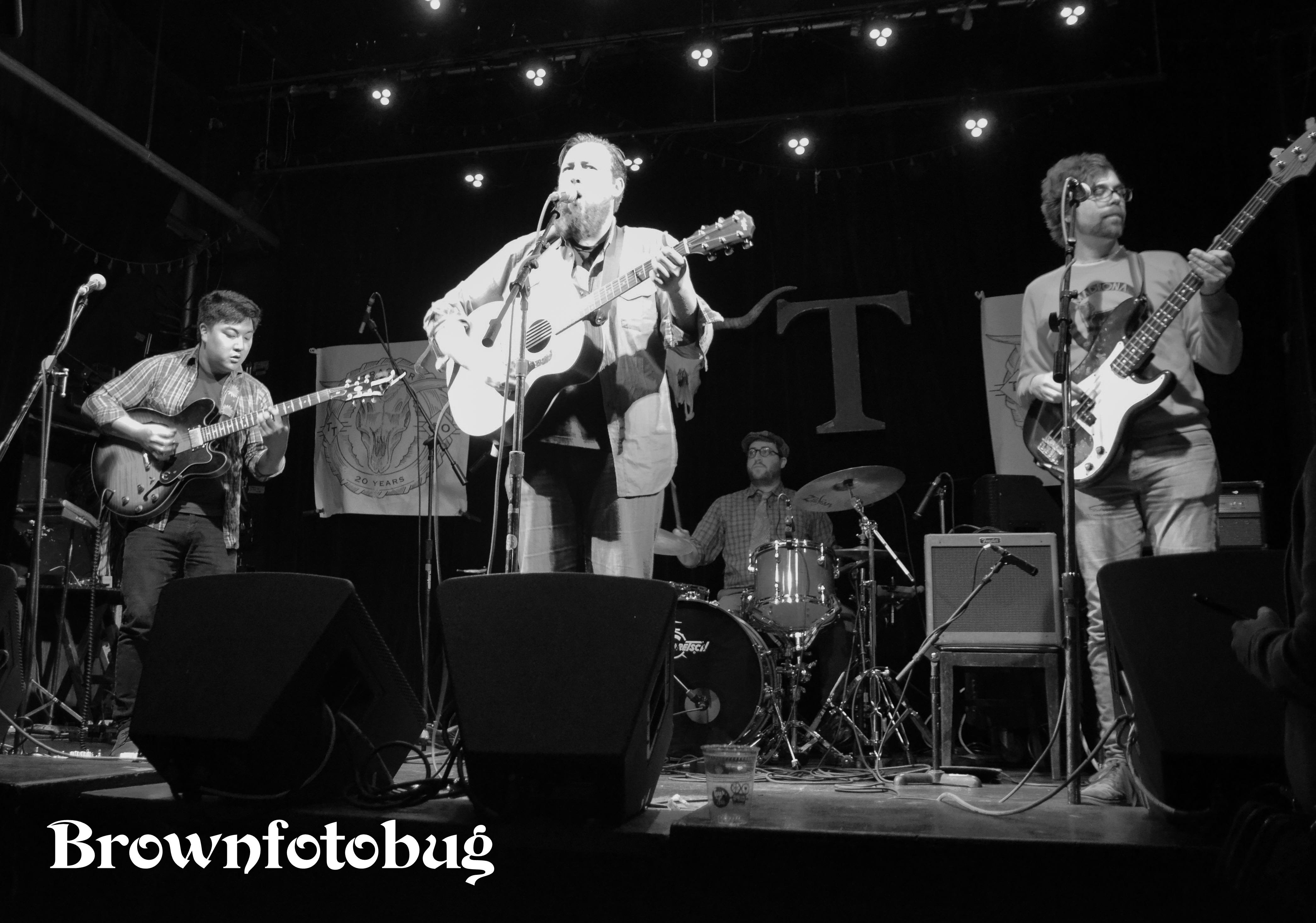 Christine Mitchell has been poring over album liner notes pretty much since she acquired the skill of reading, and figured out the basic structure of rock songs at an early age. Whether it’s the needle popping into the first groove of the record, the beeps that signal the beginning (or end) of a cassette tape, or digital numbers ticking off the seconds from zero, music brings Christine happiness, ponderous thought, opportunities for almost scientific study, and sometimes a few tears. When she started attending live shows two decades ago, a whole new piece of the puzzle clicked in and she has been hooked ever since.
Related ItemsArlene BrownBrite LinesChristine MitchellLearning TeamPatrick Foster and The LocomotivesSeattle Music HappeningsThe Horde and The HaremThe Tractor Tavern
← Previous Story Snoop Dogg celebrates 420 at WaMu Theater (Photo Slideshow)
Next Story → Diana Krall: Glad Rag Doll World Tour 2014 Live at Paramount Theater (Photo Slideshow)