By Christine Mitchell on April 29, 2014@Housetornado37 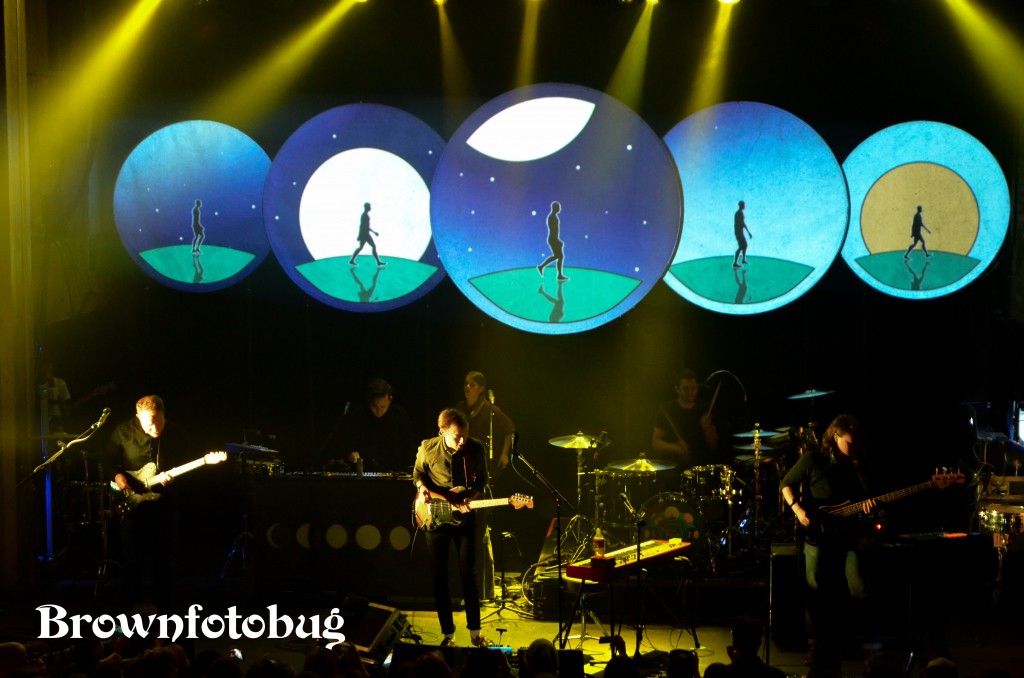 First off, my favorite part of our night with Bombay Bicycle Club was the beautiful, surreal animation projections onto five moon-shaped screens. It may be disconcerting for me to start that way, but the animations were disconcerting, too, reminding me of a simpler version of Gerald Scarfe’s work done for Pink Floyd back in the day (“Shine On You Crazy Diamond” on YouTube). Beautiful, yet just a bit creepy in a way that you can’t quite identify. So of course I liked that. We sat upstairs at the Neptune Theatre next to the massive projector, and it kept me warm. I liked that, too.

Another thing that I enjoyed was a literal surprise, and her name was Liz Lawrence. Hailing from London (same as Bombay Bicycle Club) and with a really fantastically sexy voice (someone sitting behind us thought it sounded like Brandi Carlisle), she took over opener duties for Royal Canoe, who weren’t able to perform for undisclosed reasons.  It was just Liz and her guitar, and she wowed the crowd even though (as she said) she hadn’t really had time to prepare (she was along on the tour as a backup singer with BBC). To my ears she sounded like a British Liz Phair in her younger days (with less of a potty mouth). Check out her self-made video for “Health and Safety” here.

Bombay Bicycle Club works hard. Not only does the drummer have a massive kit, but a few other, simpler drum sets were arranged about the stage for use by the guitarist or main electronic effects manager. Bassist Ed Nash had his own keyboard, and the band members worked in concert to achieve a much fuller band effect. Lead vocalist/guitarist/pianist Jack Steadman’s voice was tremulous, yet arresting as he told his hipster tales of woe.  Touring in support of So Long, See You Tomorrow (released February 3 on Island Records), the band ranged through their four-album catalog for their set, with current hit “Luna” definitely bringing the crowd to life. It was revealing to see how the band made use of their varied instruments much more when they played their more current music (which reflects on Steadman’s recent international travels); older tracks defaulted to the more usual bass/drum/guitar/singer setup. The newer, more robust material was paired with the aforementioned (lovely) animations, and while the lights at the Neptune were put to prodigious use, it was over the top and annoying at times. I found myself shielding my eyes several times and looking to my sides to find others doing the same. I am personally more interested in seeing the band play than being blinded by seizure-inducing light play, but that’s just me.

All in all, Bombay Bicycle Club put on a solid (if sometimes samey-samey sounding) show.  Although I have to tell you, Liz Lawrence more than gave the full-band approach a run for its money with just herself and an acoustic guitar. No amount of creepy-awesome cartoons can hold a candle to that. 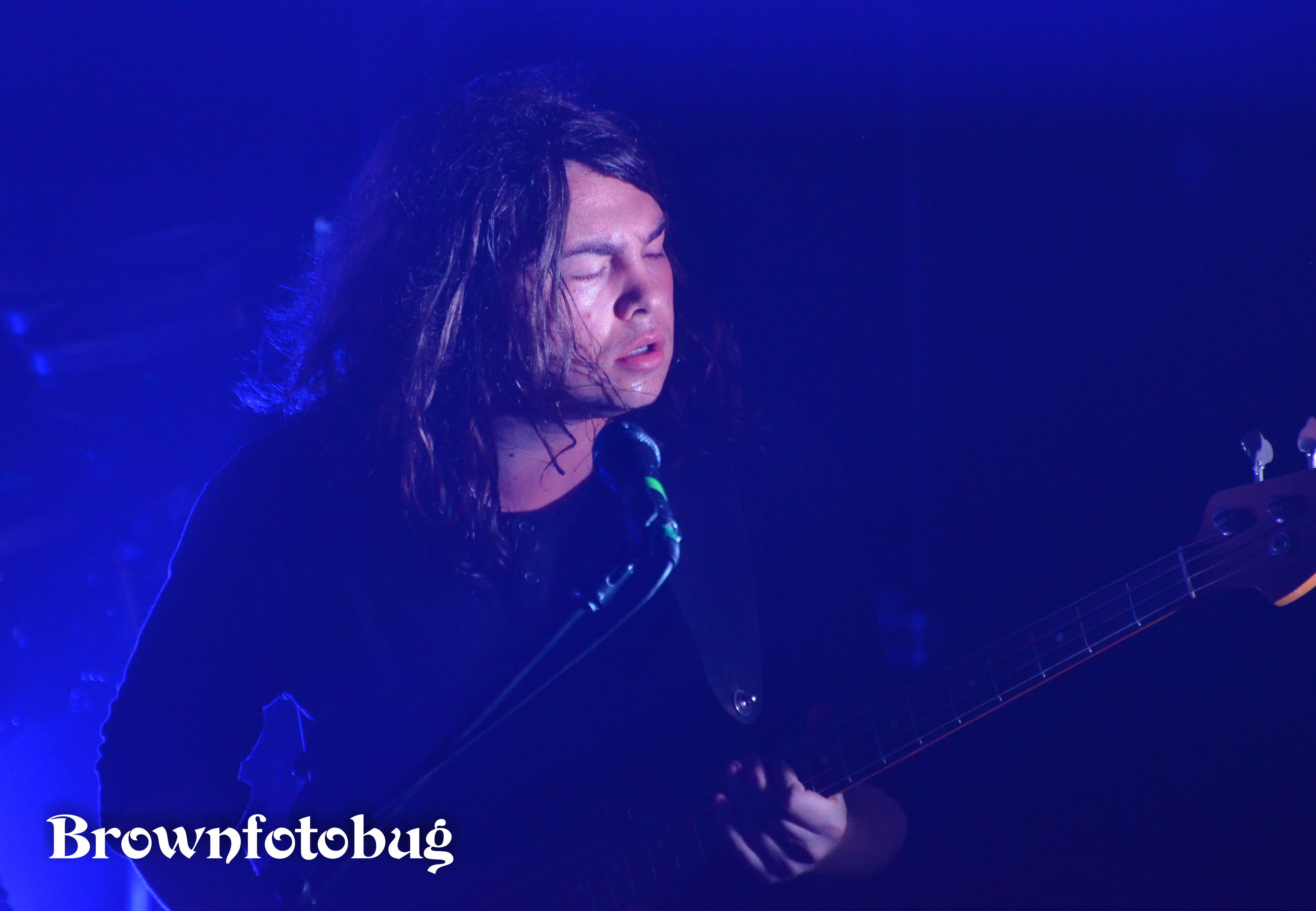 Christine Mitchell has been poring over album liner notes pretty much since she acquired the skill of reading, and figured out the basic structure of rock songs at an early age. Whether it’s the needle popping into the first groove of the record, the beeps that signal the beginning (or end) of a cassette tape, or digital numbers ticking off the seconds from zero, music brings Christine happiness, ponderous thought, opportunities for almost scientific study, and sometimes a few tears. When she started attending live shows two decades ago, a whole new piece of the puzzle clicked in and she has been hooked ever since.
Related ItemsArlene BrownBombay Bicycle ClubChristine MitchellLiz LawrenceNeptune TheatreNewsSeattle Music Happenings
← Previous Story Ellie Goulding Warms Hearts at The Paramount
Next Story → V. Contreras Live at Gene Juarez Seattle (Photo Slideshow)