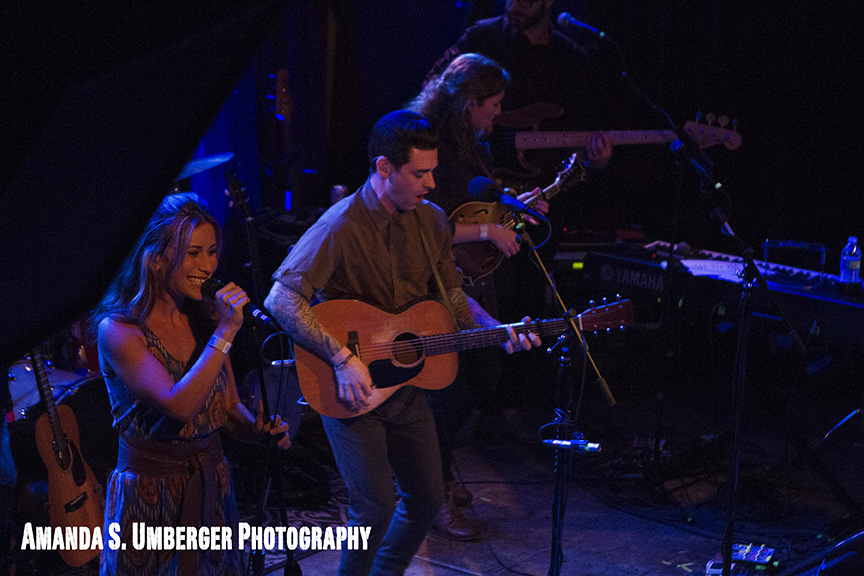 A line of concert goers stretching down the street and around the corner would usually indicate a highly anticipated, sold-out show, with a headliner worthy of a larger venue. But most of the crowd outside a recent show at Nuemo’s wasn’t lined up to see headliner Augustana. Instead, the crowd seemed to be there for opening act, Twin Forks.

Chris Carrabba’s latest project, Twin Forks, is an American alternative folk band with lots of catchy beats. Their live performance was a lot more energetic than their self-titled album, and the crowd loved it. Carrabba entertained by engaging the audience, taking advantage of Neumo’s intimate setting by performing songs that were tailor-made for crowd participation. Even I was disappointed when they left the stage.

As Augustana hit the stage, the crowd went silent and couples paired off and began to sway to the music. The band performed most of their self-titled album nonstop for nearly an hour. They finally stopped to speak to the crowd, uttering three or four words, and then continuing their repetitive, bland, and overly-emotive nasal vocals.

Arlene Brown is both a writer and photographer for SMI. She likes to take things one picture at a time. Covering and reviewing shows from Soundgarden, The Proclaimers, Lorde, The Head & The Heart, to Hank3, Bob Log III, New Politics, Black Joe Lewis, Grouplove, including local and national rising bands and more, she truly loves to try to get that perfect shot. Looking for that raw emotion, energy, power that only live music can deliver, she captures the essence of a show in her own unique style.
Related ItemsAmanda UmbergerAugustanaLive Music HappeningsNeumosSeattle Music HappeningsTwin Forks
← Previous Story Mastadon Takes Control of Showbox SoDo (Photo Slideshow)
Next Story → Oso Benefit for Cascade Valley Hosptial Foundation at Tractor Tavern (Photo Slideshow)