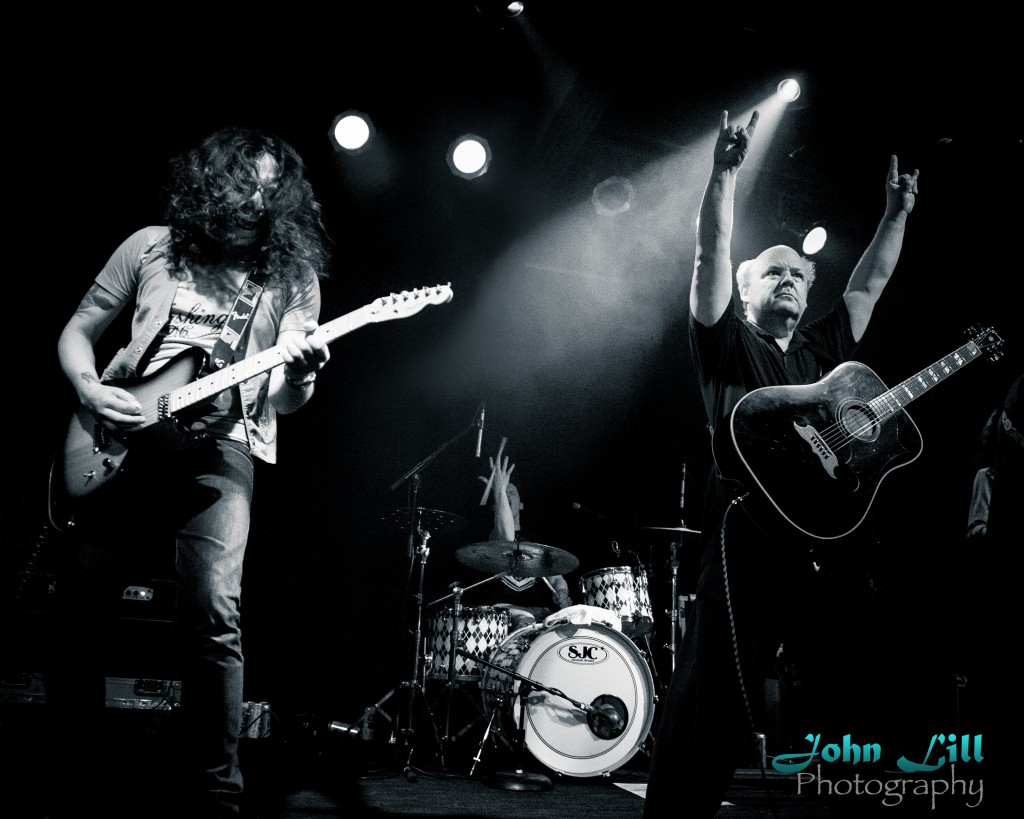 Picture if you will a middle-aged man wearing a black polo shirt, cutoff sweatpants and mid-top tennis shoes with white tube socks pulled up to mid-shin. I’m pretty certain this is just what Kyle Gass wears all the time. Not that the Tenacious D/actor/comedian really needs to dress to impress. You’ve got to appreciate someone who pretty much just rolled out of bed without a care, and decided to put on a show. But, just like everything else about this dude, the absurdity of it all is only a small piece of the show.  For example, after their opening song, Gass apologized for starting late and treated the audience to quite a tale, explaining his delayed arrival involving a clogged toilet.  As entertaining as his banter was, the evening was filled with good old roll ‘n’ roll.  The Kyle Gass Band definitely leaned on a few classic covers and Tenacious D tracks to create some of the highlights of the night, but their original material was surprisingly awesome and could have easily stood on its own.

Despite the fact that they call themselves the Kyle Gass Band, it’s really more of a showcase of the two guitarists: Mike Bray and John Konesky. Sure, Gass played a huge part in the show, but not nearly as much his name would suggest. Bray is an exceptional vocalist and an accomplished guitarist who absolutely nailed Jack Black’s vocals and persona during the Tenacious D songs. On the other side of the stage there was another shredder. Konesky who is familiar to Tenacious D fans had a very similar style, although maybe a bit more sharp & technical, He would break off on a solo in almost every song, sporting the guitar “pain face” expressions to boot. Not to be outdone, Gass would add these little bursts on this plastic recorder that were so subtle & whimsical, but he’d flash this hilarious look as if he was having an inner monologue, asking himself “Did I just poop my pants?”

At 53, Gass is no spring chicken. This was evident when the portly performer came over to where I was standing after working the crowd to get back on stage – with little success. The stage was a bit too high for Gass to lift himself onto, and in a moment of defeat he looked at me to help him up – to great comedic effect and timing on both our parts. Even the band struggled to keep it together.

About a third of the set featured their take of classic covers by Thin Lizzy, Sugarloaf and fitting rendition of Kenny Rogers and the First Edition’s “Just Dropped In (To See What Condition My Condition Was In).” During their performance of the Thin Lizzy classic, “The Boys are Back in Town,” Gass shared the mic with several in the audience.

The humor was ever-present in their songwriting. With songs like “Man Child,”  “Bro Ho,” and “Questionable,” there was no shortage of witty lyrics filled with absurd innuendo. The funniest song of the night was “Gypsy Scroll,” which was introduced as “not a song but a historical document — the story of how rock ‘n’ roll started.” Konesky and Bray came out sporting black hooded cloaks which were just the right amount of over-the-top. The whole dramatization was reminiscent of something The D would perform.

Naturally, the crowd erupted when they came out for the encore, playing a touching “Fuck Her Gently” as their set came to a close.  Going well past midnight, the crowd begged and pleaded for more from Kyle and his band mates but were reminded that it was a school night, and even they had a scheduled bed time. 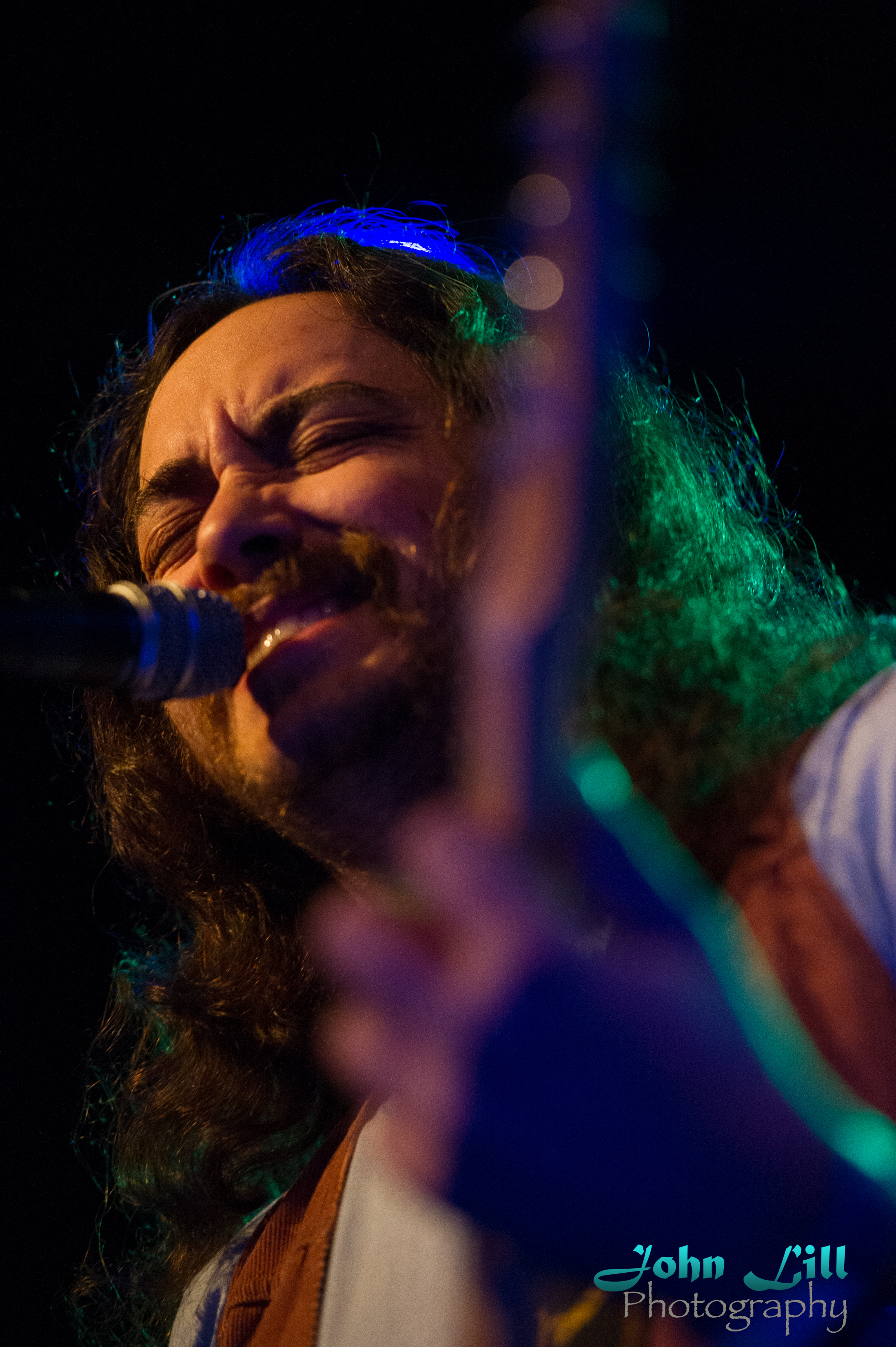 Arlene Brown is both a writer and photographer for SMI. She likes to take things one picture at a time. Covering and reviewing shows from Soundgarden, The Proclaimers, Lorde, The Head & The Heart, to Hank3, Bob Log III, New Politics, Black Joe Lewis, Grouplove, including local and national rising bands and more, she truly loves to try to get that perfect shot. Looking for that raw emotion, energy, power that only live music can deliver, she captures the essence of a show in her own unique style.
Related ItemsCrocodileJohn KoneskyKyle Gass BandMike BraySeattle Music HappeningsTenacious D
← Previous Story Flight to Mars 2014: still crazy after all these years
Next Story → Mickey Avalon Livens up the Stage at The Crocodile (Photo Slideshow)