Home / Reviews / Local Artists / Artist Spotlight/New Music Review – Out on the Streets: Take a Chance on a Ghost

Artist Spotlight/New Music Review – Out on the Streets: Take a Chance on a Ghost 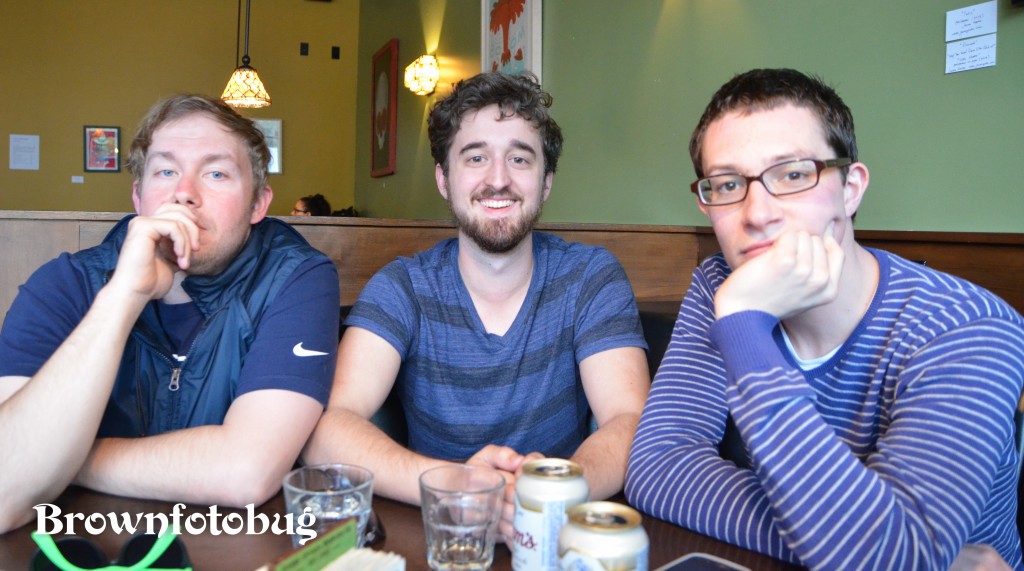 By Arlene Brown and Christine Mitchell

We’ve been following local band Out on the Streets  (OOTS) for a couple of years now, catching a show here and there.  We’ve watched them ebb and flow with all those things that can affect a group of guys trying to “make it” in the very tough music industry.  I couldn’t be more excited to see them release their new CD.  Their new album, Take a Chance on a Ghost, is a great mix of all that makes these guys fun and easy to listen to.  Christine has a full review below.

Arlene sat down with John Velazquez (guitar,) Ben Dorcy (bass,) and Mike Franklin (drums,) to talk about the new album, touring, and Seattle music in general.  They’re typical, normal guys who love music and love what they’re doing.  Granted, one of them is a music teacher, and another one studied to be an aeronautical engineer.  Their shared love of rockin’ a stage makes them a band to watch.

AB:  “Tell me about making this new album.  Was it what you expected?”

John:  “We met this guy ____________, who has a big garage that holds his boat.  He’s turned it into a cool recording studio.  We spent a long cold weekend in November in that garage and set the tracks separately.  We got to use vintage, retro equipment, any kind of microphone you can think of, banjos, synthesizers . . . it was really cool.”

Ben:  “We worked on some other parts in Jeremiah’s basement.  We had a lot of people that did extra things, and that helped make the cd even better.”

AB:   “How did you figure out which songs to put on the album?”

John:  “We recorded 13 complete songs.  Seven on this first album, and six for the next one.  It kind of progresses from newest to our oldest on the first CD.  We want to get something out there and then add to what we have left.”

Ben:  “I wrote the first couple of songs, but just basic versions.  I took it to the guys and they all ran with their parts.  The finished songs sound nothing like what I wrote.  They are all way better!!”

AB:  When are you hitting the road to promote the cd?

Ben:  “We’re taking two weeks this summer to do the Western states.  Who knows where specifically?  But that’s the goal.  It’s the only time we have between the five of us to get a tour in.”

Mike:  “Our schedules are all over the place, but we have two weeks to make it happen.”

Honestly, I hope these guys do make it happen.  And if you want more of Out on the Streets check out their first album We Buy Gold.   You can listen to it here.

Take a Chance on a Ghost is available at several record shops: Silver Platters, Easy Street Records, EveryDayMusic, Singles Going Steady, Georgetown Records, and Wall of Sound.  You can also get the CD on iTunes, Amazon, Spotify, and Bandcamp.

CM: Here’s my take on Take a Chance on a Ghost:  With just 7 songs (and a short intro) the disc is a quick listen.  The short, chanting introduction leads into “Spark a Fire,” a song that sets the tone for what follows. Debbie Harry once famously deadpanned “Once I had a love/ And it was a gas/ ‘Till it turned out/ To be a pain in the ass.” This struggle with the highs and lows of relationships crops up repeatedly on Take a Chance on a Ghost (“I saw your face last night/That old familiar smile/ You’re more beautiful than ever”), as singer McShane projects, stretching syllables in a voice that stops a bit short of a howl. “Dance Awkwardly” features zingy, soaring keyboard work reminiscent of The Cars, and guitar and drum work that runs the gamut from ’60s girl group bops to the present day.

“We Were Contenders” illustrates McShane’s challenge of societal norms (“All my friends are having babies”) while still longing for the security and stability of a relationship lost (“We were contenders once/ What might have been/ But never was”). There are a couple of anguished screams here that make me cringe; I suppose that they are rather fitting given the content of the song, but they’re still a little grating.

“True Love'” is the song that I gravitate toward the most on this album, with its insistent, snotty declaration of a chorus and some great, hooting backing vocals (not to mention soaring guitar and great crashing drums). “Love Affair” snatches directly from the 1920s and reeks of flapper dresses and feathered headbands, with banjo and horns sneaking in on a lark. I’m not sure that it fits in with the rest of the tracks here, but it’s fine. What new-ish band, or any band, doesn’t toy with varying styles of music? And chances are that if you have seen OOTS live, you’ve heard the anthemic “Alcohol.” The album version features a sizzling guitar solo and also some synth that adds additional depth. The disc closes with OOTS’ oldest song, “Resort Siberia,” which features a guitar line that reminds me of Modern English and has McShane hollering about horror shows and loneliness. It all devolves into a haze of electric feedback that ends with a bang.

All in all, OOTS’ first full-length CD showcases a band full of promise. One criticism: I’d like to hear McShane’s voice brought forward in the mix; too often the vocals seem to be hiding in a tunnel, echoing or distorted. McShane’s voice is strong enough and interesting enough to sit clearly and proudly in the front. Otherwise, I look forward to what the future holds for this young band on the cusp, and I urge them to keep moving forward, writing, and touring to get their sound out there, because Out on the Streets have something special going on, and it requires nurturing to grow. I’ll enthusiastically provide support! 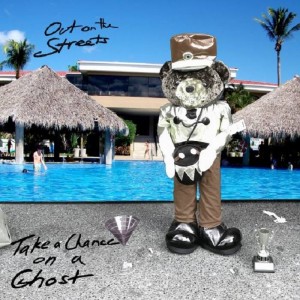 Arlene Brown is both a writer and photographer for SMI. She likes to take things one picture at a time. Covering and reviewing shows from Soundgarden, The Proclaimers, Lorde, The Head & The Heart, to Hank3, Bob Log III, New Politics, Black Joe Lewis, Grouplove, including local and national rising bands and more, she truly loves to try to get that perfect shot. Looking for that raw emotion, energy, power that only live music can deliver, she captures the essence of a show in her own unique style.
Related ItemsArlene BrownBen DorchyChristine MitchellJohn VelazquezMike FranklinOut on the StreetsTake a Chance on a Ghost
← Previous Story Mickey Avalon Livens up the Stage at The Crocodile (Photo Slideshow)
Next Story → KAIROS time is time well spent