Lennon’s GOASTT – May 22nd – The Crocodile 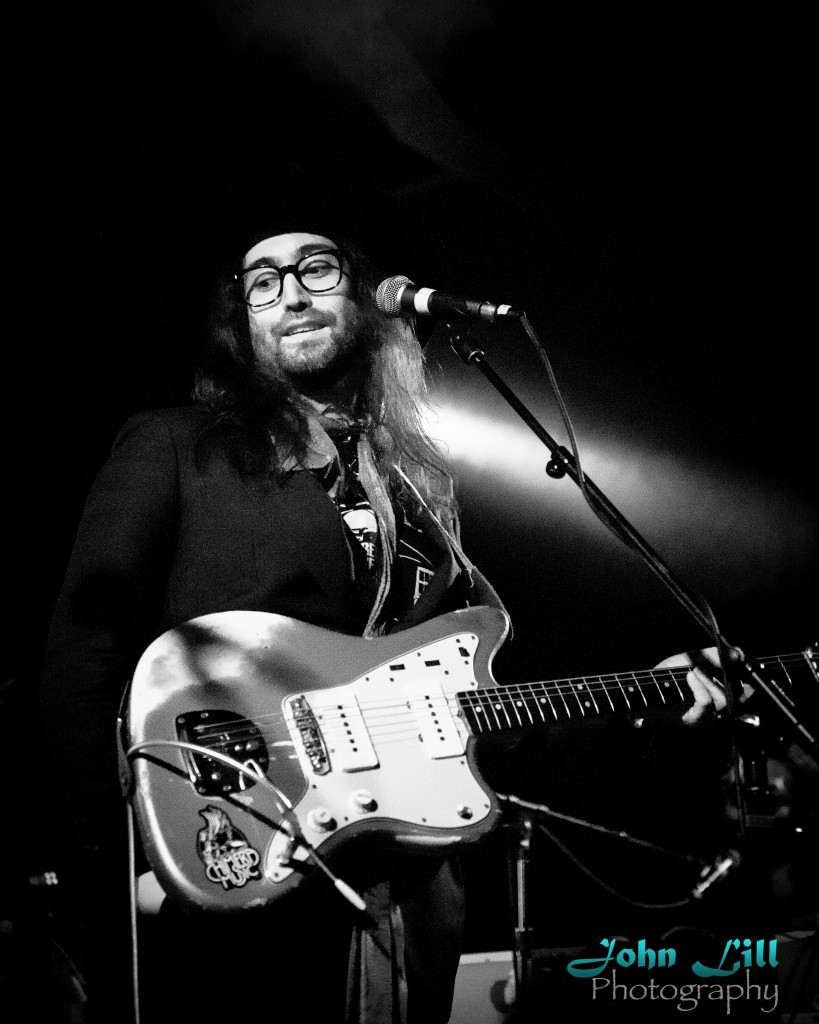 It was a swanky eighty-five degrees inside of the Crocodile as we awaited Sean Lennon’s band, (the) Ghost of A Saber Tooth Tiger (sometimes referred to as GOASTT) to take the stage. Standing next to me, a pungent young man lugging his guitar case leaned over and said, “Man, I sure hope they turn on the AC in here.” I assured my odiferous friend that I felt the same. He continued, “You know what? This is the closest we’re ever going to get to a Beatle.”
He was right. Any hardcore Beatles fan is quite familiar with Sean’s trajectory through life, and the rebirth he gave his father John when John had withdrawn from the public eye in the mid-1970s. The median age of the Crocodile crowd was probably around 33, but there were many Boomers in attendance to catch a glimpse of their hero’s offspring.

Sean and his girlfriend Charlotte Kemp Muhl started GOASTT in 2008, sometimes playing acoustic, and sometimes playing in full-band mode. Their third release Midnight Sun was released in April 2014, and has garnered favorable reviews.
Opening band Syd Arthur (a four-piece from the UK) took the stage promptly at 9:00 p.m., and soon the venue was filled with the unmistakable sounds of early 1970’s prog-rock, with a dash of Canterbury flair. More Traffic than Soft Machine, singer Liam MaGill minced his waifish frame around the stage while warbling lengthy vowels in Al Stewart-esque tones. Sideman and violinist-mandolin-synthesizer guy, Raven Bush (nephew of Kate Bush) was impressive with his mastery of his instruments, and added an Eastern element to the music with his unorthodox approach.

The crowd welcomed Syd Arthur’s first Seattle appearance generously and enthusiastically, and as long as they don’t overdose on paisley bell-bottoms and banana peels they could be a band to watch.
Sean Lennon strolled onstage in what’s becoming his trademark, oversized black fedora (perhaps a tribute to one of his father’s favorite films “Topo” by underground director Alejandro Jodorowsky?), and plugged in his white Fender Jaguar, while Charlotte strapped on her bass, and the band launched into the opening track from Midnight Sun, the swirling and undeniably psychedelic “Too Deep”.

After the first song, Sean enthused about how great is was to be in Seattle, calling it their “second home”, which I found surprising because I don’t recall ever hearing about Sean being seen around town. He then said that when they’d planned their tour and were reviewing the cities where they’d play, they saw Seattle listed and exclaimed, “Ah! Now THAT’S gonna be a fun show.”

GOASTT launched into the second track from the new record, “Xanadu”, followed by the spacy and gorgeous “Animals”, playing the first three songs from Midnight Sun in sequence. Guitarist Robbie Mangano (in a matching, oversized fedora) played tasteful rhythm guitar, drummer Tim Kuhl was a solid presence, Charlotte played solid and confident bass, Jared Samuel had his hands full with multiple percussion instruments and keys, and second percussionist Connor Grant manhandled an enormous silver gizmo that Sean referred to as the “UFO”, though I was never quite clear what kind of sounds it was making.

The entire time that the band was playing there was a projection of an ever-changing, acid-trip inducing amoeba bathing them and overflowing onto a screen behind the drums. “I hope you’re enjoying our latest purchase,” Sean said while gesturing to the colorful blob. Charlotte chimed in, “Sean can just sit and stare at that thing for hours.” To which Sean responded, “She’s right. Then again, give me a bowl of Jell-O and a DVD of “Twin Peaks” and I’m fine. In fact, just let me stare at a bowl of Jell-O and I’m fine.”
Sean was a pleasure to watch. He was obviously in a very good mood, chatting between every song, explaining what the songs were about, playing some very impressive guitar solos (including a confident use of slide), and jumping into the air a la Pete Townsend. One never got the feeling that he had an ego at all, and that he was a genuinely down-to-earth person.

GOASTT played most of the songs from “Midnight Sun”, and there wasn’t a dud amongst them. Sure, there were times when the music was blatantly Beatle-esque, but unlike other bands like Stereophonics, Oasis, or myriad other bands that wear the Beatles badge on their sleeves, Sean Lennon gets a free pass. There are times when Sean’s singing sounds so much like his father’s did during the Revolver/Rubber Soul/Sgt. Pepper’s era that it’s disconcerting, but it’s also a voice that makes the hair on the back of your neck stand up in recognition of the purebred genius Sean has running through his veins.

Judging from the sincere passion and emotion GOASTT displayed at the show, this isn’t merely a hobby for Sean and Charlotte, and their music – even though a blatant homage to the past – sounds more fresh and new than anything I’ve heard in a long time. 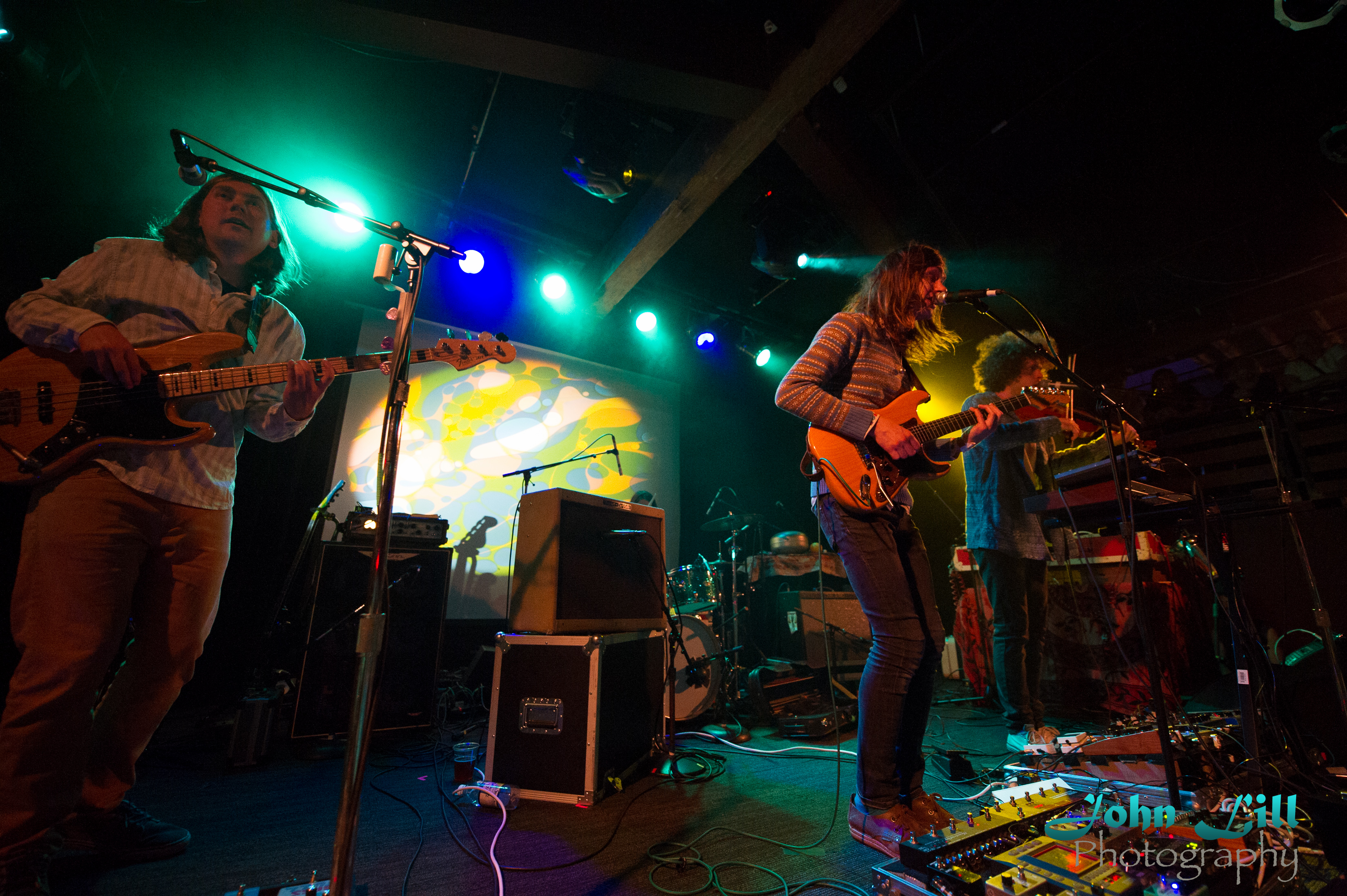 Brent is a native Washingtonian who spent seventeen years playing in rock bands in NYC in the eighties and nineties. Highlights include sharing the bill at CBGB's with Smithereens, Vernon Reid's Living Color, Modern English, Green River, and hundreds of other awesome bands. I now live in South Seattle and spend my days herding commuters.
Related ItemsBrent StavigCrocodile Cafe'GOASTTSean LennonSeattle Music HappeningsThe Crocodile
← Previous Story Elbow edges their way up and through the Pacific Northwest
Next Story → MØ talks youth and embracing imperfection (Photo Slideshow)