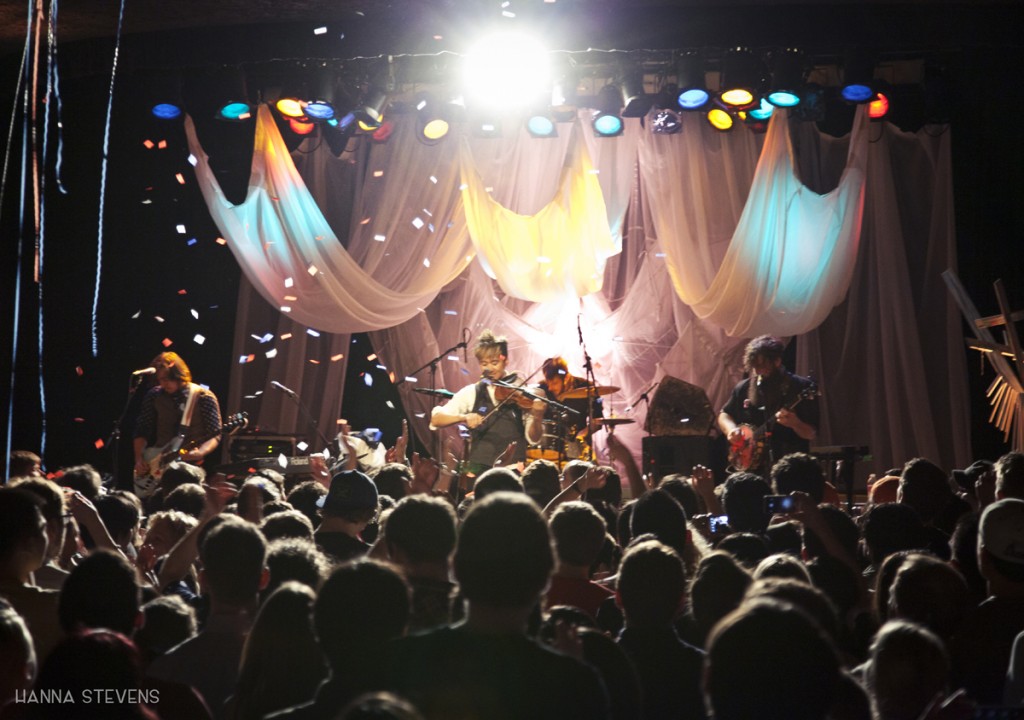 Kishi Bashi at the Showbox (Photo by Hanna Stevens)

Kishi Bashi brought bright lights and bright sounds to the Showbox Market on May 20, touring in support of their new record Lighght.

Showers of confetti bookended the show, and coupled with Kishi Bashi’s energized performance, made for a very celebratory and danceable affair. Kaoru Ishibashi, a classical violinist and skilled vocalist, fronts the band. Ishibashi’s looping of his violin, powerful and wide-ranging voice, and even beat-boxing were supported by his three bandmates. In addition to songs from the new record, they also played favorites from 151a. Highlights included “Bright Whites,” “It All Began With a Burst,” and “I Am the Antichrist to You.”

Ishibashi played the Showbox two years ago opening for of Montreal, of which he was a band member as well. (Ishibashi has also played in Regina Spektor’s band). He expressed gratitude for the headlining spot this time around in Seattle, where he was born.

Plume Giant opened, a tiny chamber-pop trio with a full-spectrum sound that utilizes up to 15 instruments between the three musicians. The band formed while attending Yale, and they are now based in Brooklyn. Their forthcoming record is produced by Danny Molad, who also produced Lucius and Elizabeth & The Catapult. 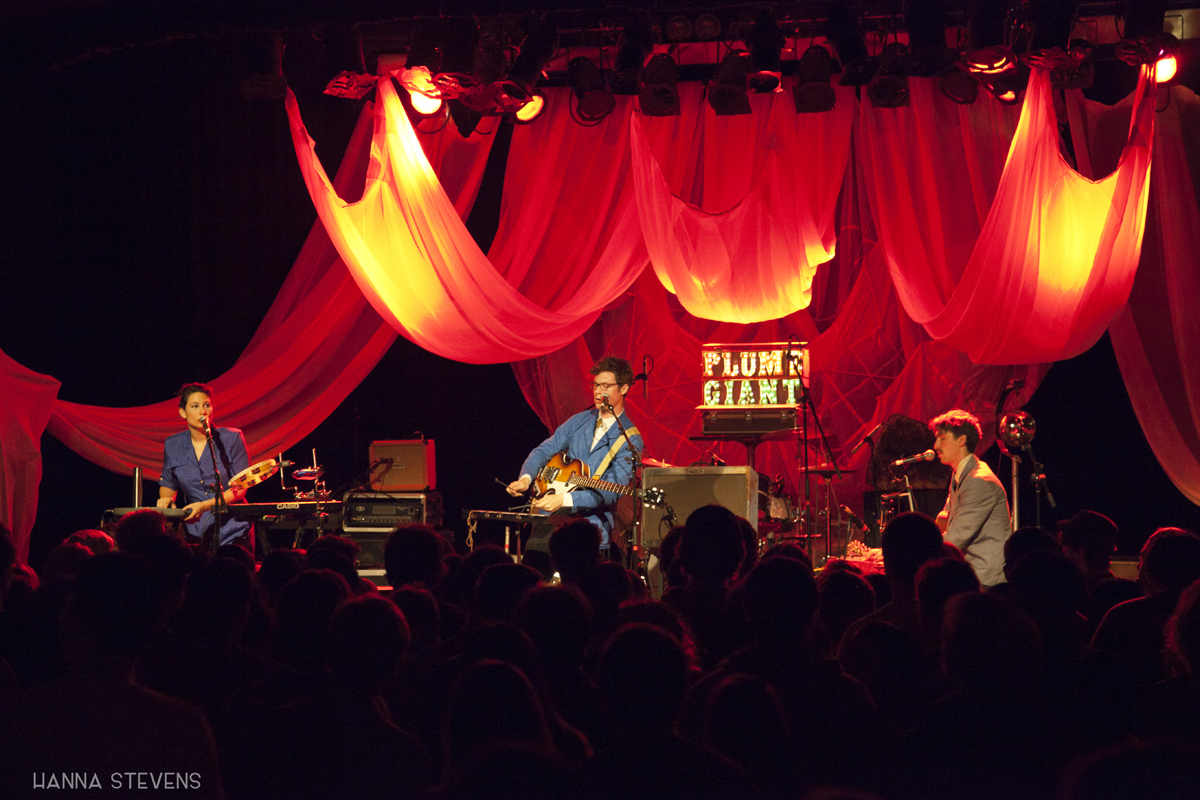 Hanna Stevens is a musician and photographer from Indianola, WA who now lives, works, and plays in Seattle. Music and photography create the framework for Hanna’s life. Her intention is to create community through music and art, and she is thankful for the chance to do so for SMI.
Related ItemsHanna StevensKishi BashiNewsPlume GiantSeattle Music Happenings
← Previous Story SASQUATCH! 2014: An insider’s view
Next Story → KONGOS perform a Concert 4 A Cause at the Neptune