Planes On Paper: Refreshing the Musical Palate at The Jewelbox Theater

By Christine Mitchell on June 8, 2014@Housetornado37 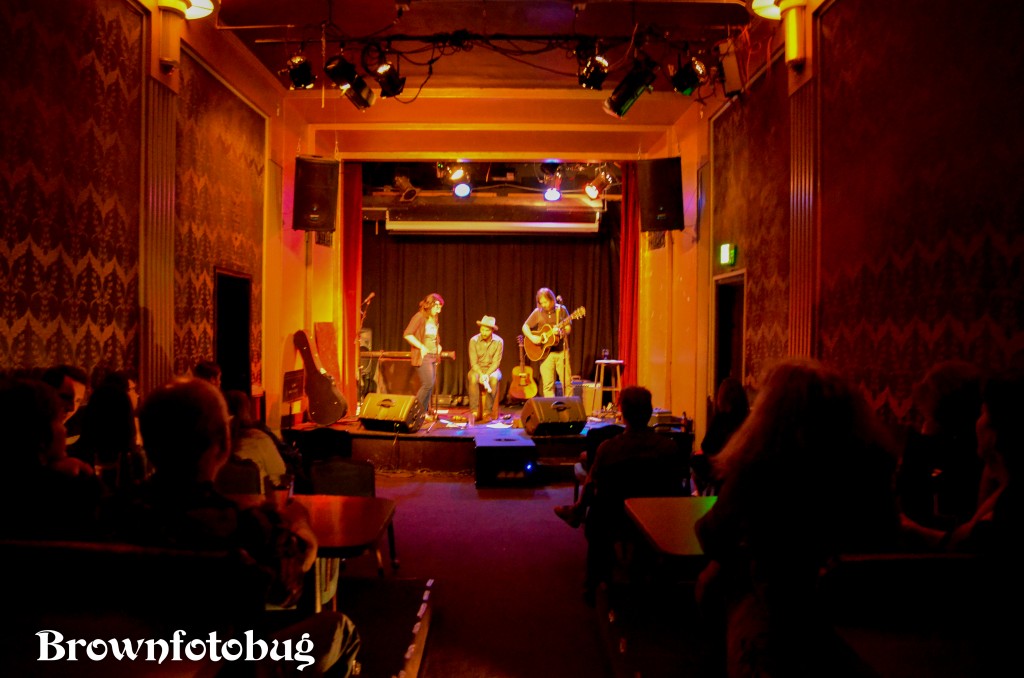 Planes on Paper at The Jewelbox Theater (Photo by Arlene Brown)

Chances are you’ve walked through the perfume counter area at Macy’s (Bon Marche). Depending on the layout of the specific store it can be nearly unavoidable. My husband took to calling it “the gauntlet” years ago, the myriad scents co-mingling into something fairly nausea-inducing. And, if you’ve ever actually shopped at one of those counters you know it’s almost impossible to discern one perfume from another and make a purchase. Except, that is, for the coffee beans. The little bowls of coffee beans act as a palate cleanser for your nose, but I think that I prefer the scent of coffee to any manufactured scent out there. Besides, don’t they squeeze the glands of ferrets or something like that to make those special stenches? No thank you.

After a couple of weeks of covering gold-lame covered bands with tiny drones, flashy lighting, and packed crowds, my frazzled brain was extremely ready to inhale Planes on Paper and right my sense of music. The Jewelbox Theater at The Rendezvous was the perfect setting for the show; the room itself like a tiny cut-glass bowl, with aged jacquard fabric on the walls, solid wood wainscoting and flooring, and a backstage hallway that beckoned with tons of miniscule graffiti messages. Bartender Mark at The Rendevous gave us a warm welcome, and the restaurant area itself is a dark cave with high ceilings, full of stories long gone and a treat of a hang out.

A tiny room necessitates a tiny crowd, and so we soon found ourselves cozied up with about fifteen other people, all of them there for the music, which contained a large slug of sweet folk filtered through an indie sense of darkness and a politely “eff-you” attitude.  Sam Watts  of Ghosts I’ve Met started things off, looking rather natty in his plaid shirt and dapper hat. Armed with just his new Craigslist-found guitar, which apparently needed some airing out, Watts shared music that was quiet and shimmering, with beautifully formed lyrics that bring a certain brokenness to light (“I may be more trouble than I could be worth/ You’ll see”).

Having previously only heard Planes on Paper via their East End Session EP, which included only the voices of Navid Eliot, Jen Borst, and a guitar, seeing the band live with percussion and keys (and harmonica!) was like a quietly controlled explosion of my senses. We’re not talking about a wall of sound, here (for the first time in a long time I didn’t need earplugs). But the sound was also far from calculated, as the musicians guesting in the band that night hadn’t practiced beforehand, which served to elevate the intuitive feel of the music. Of course, when the three extra band members are your old jazz band buddies from middle school (as in the case of Eliot), you can relax about what might happen. It’s also a bit of a plus when those buddies happen to be Sam Watts, Mike Gervais, and Matt Gervais (the latter two of Mikey and Matty). Watts provided various percussion, making use of a cajon, which also served as a sweet seat, while Mikey and Matty at times provided harmonica and keyboards, respectively, plus backing vocals. Oh, and there was also a flutist. His name was Dave Miner.

Starting off with “Zero Winter/Zero Summer,” Planes on Paper performed a set of songs that, while at times not espousing the sunniest of outlooks, carefully structured their towering cumulus clouds to have delicate silver linings. Sam Watts’ cajon work was the perfect complement to Eliot’s guitar work, which was intricate and never brash; regular drums would have been far too crashy. But the crux of this band lies in the harmonies between Eliot and Borst; I can’t begin to explain to you how perfectly matched these voices are. I just think of all of the entropy in the world and thank the circumstances that brought them together: yes, it’s that special. Goose bump inducing.

In order to play something more uptempo, Planes on Paper turned to Ryan Adams’ “Let It Ride,” which they pulled off well and got people’s toes tapping. “Easy Heart” came a few songs later with a telling refrain: “Lovin’ someone ain’t easy, honey/ Just ’cause you got an easy heart.” It isn’t funny because it’s true. The band closed with my favorite song from their EP, “Day Alone,” and I forgot to ask why Eliot sings “one for King County Jail.” I was too busy inhaling my palate cleanser. Thank you, Planes on Paper. 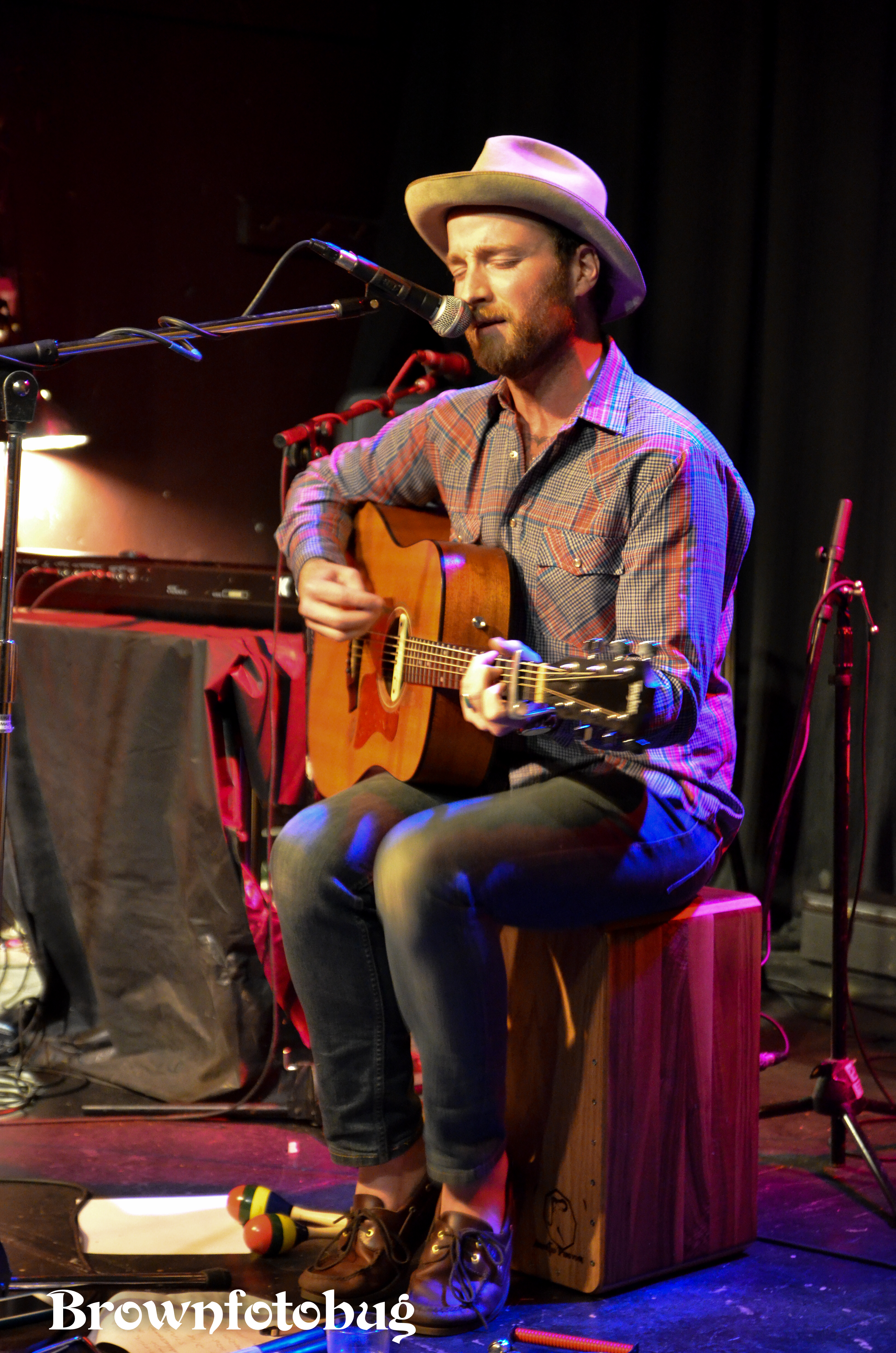 Christine Mitchell has been poring over album liner notes pretty much since she acquired the skill of reading, and figured out the basic structure of rock songs at an early age. Whether it’s the needle popping into the first groove of the record, the beeps that signal the beginning (or end) of a cassette tape, or digital numbers ticking off the seconds from zero, music brings Christine happiness, ponderous thought, opportunities for almost scientific study, and sometimes a few tears. When she started attending live shows two decades ago, a whole new piece of the puzzle clicked in and she has been hooked ever since.
Related ItemsArlene BrownChristine MitchellMikey and MattyNewsPlanes on PaperSam WattsSeattle Music HappeningsThe Jewelbox TheaterThe Rendezvous
← Previous Story KONGOS perform a Concert 4 A Cause at the Neptune
Next Story → SMI RADIO TIMBER! SHOWS! FEATURES Eldridge Gravy & The Court Supreme (Podcast & Photo Slideshow)