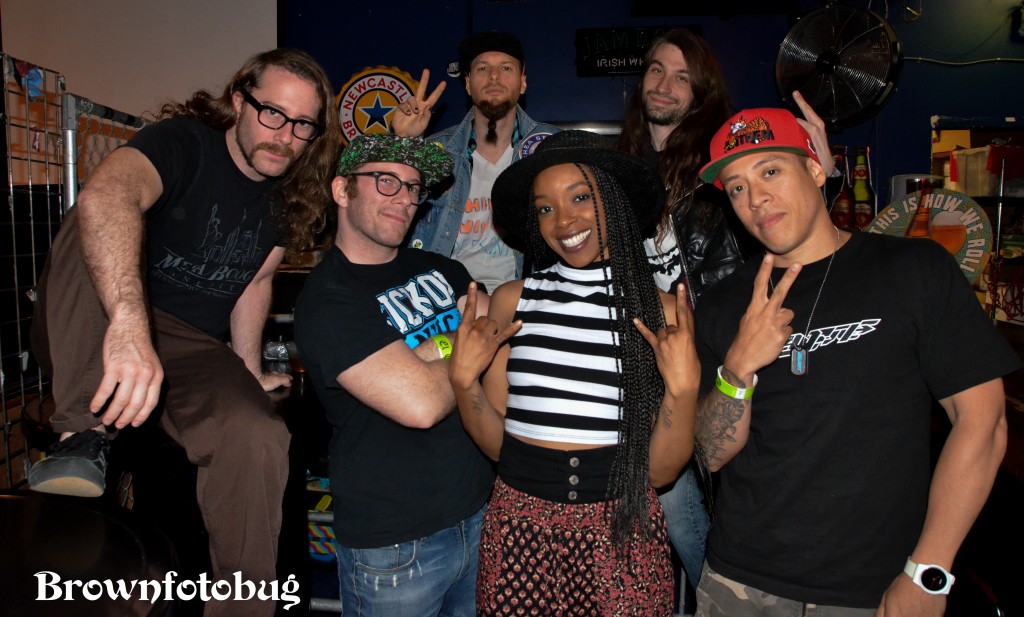 Here at SMI we frequently receive requests via Twitter from bands who would like us cover their shows.  We make every effort to do so, and I recently found myself thoroughly ecstatic when I caught the Shinobi Ninja show at El Corazon. The band has never played in Seattle before, but these cats are familiar with Seattle.  They LOVE Seattle and were over the moon to play here.   I don’t think the small front stage at El Corazon had ever seen this much energy, excitement, and pure thrill from a band.  Ever.

Hailing from Brooklyn, NY, these rockers/rappers played as if they were playing for thousands (which they have).  But the extremely small crowd of 30-40 people made it feel like our own personal private party.  Being “up close and personal’ was brought to a whole new level as Baby G danced and sang for the lucky crowd.

Combining head thrashing rock, rap, a dj, mega drums, and soulful vocals, this crew of six packed a serious punch on (and off) the stage.  I chatted with them before the show and discovered that their pure love of what they do is contagious.  They live for music.  I wanted to get on stage and jam with them.  But, be careful about asking who they like better, Pearl Jam or Nirvana.  This leads to some serious throw downs.  Luckily, it’s all in fun (for the most part).

Duke Sims (D.A.) and Baby G share singing and rapping duties.  Maniac Mike lives up to his name on guitar.  Alien Lex jumps around the stage like he’s on fire.  DJ Axis Powers rips some incredible sounds on the turntables, and Terminator Dave destroys the drums.

This self-promoting, video-making, self-managing band has the absolute BEST merchandise. Booking their own shows, they are making their way across the country.  If you can, catch their show, it’s worth every penny! 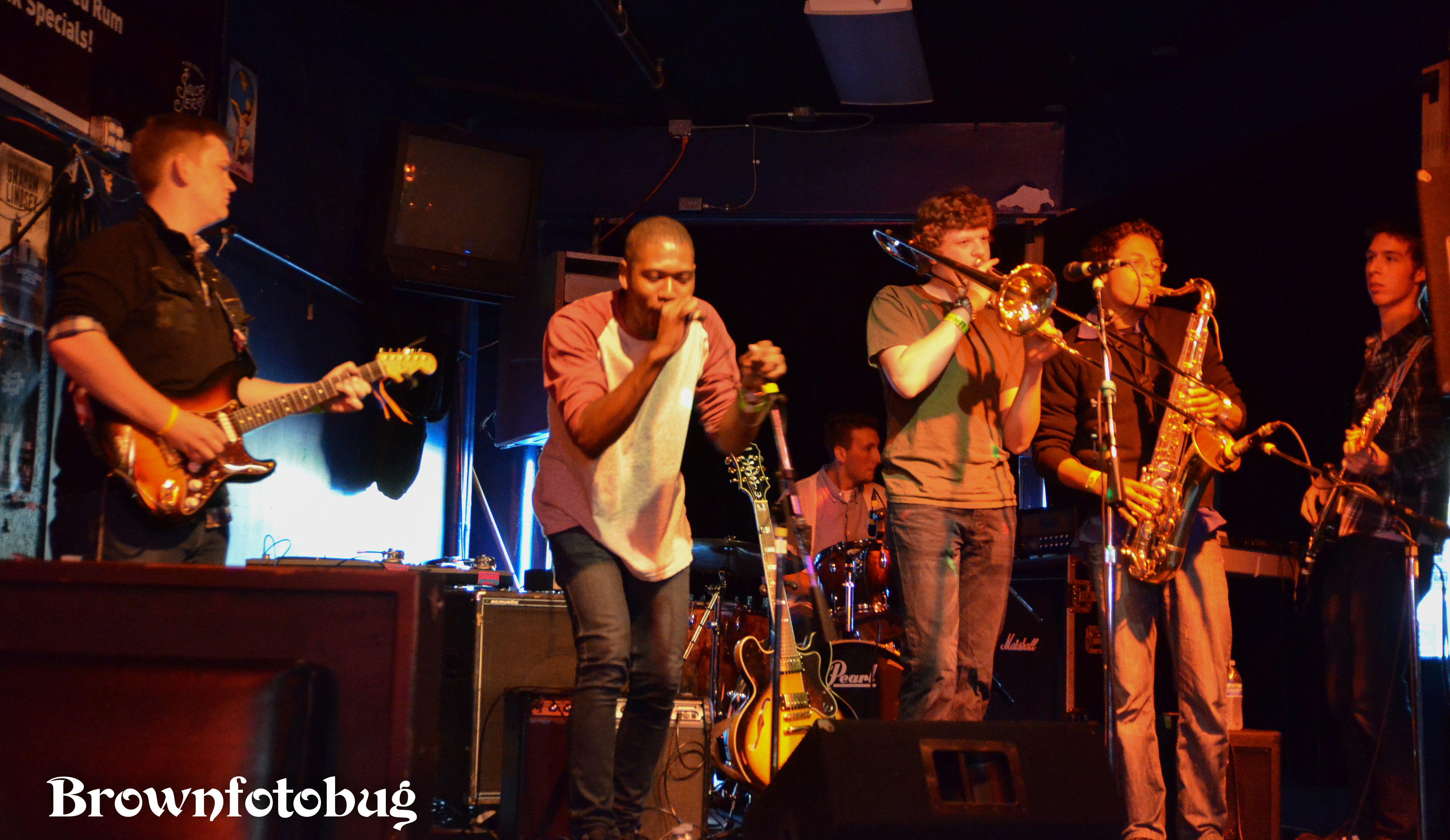 Arlene Brown is both a writer and photographer for SMI. She likes to take things one picture at a time. Covering and reviewing shows from Soundgarden, The Proclaimers, Lorde, The Head & The Heart, to Hank3, Bob Log III, New Politics, Black Joe Lewis, Grouplove, including local and national rising bands and more, she truly loves to try to get that perfect shot. Looking for that raw emotion, energy, power that only live music can deliver, she captures the essence of a show in her own unique style.
Related ItemsArlene BrownEl CorazonPacific DriveSeattle Music HappeningsShinobi NinjaSmashie SmashieThe Restless Sons
← Previous Story The Fray Heats up Marymoor’s Summer Concert Series
Next Story → SMI Radio Timber! Shows! Cumulus (Podcast & Photo Slideshow)