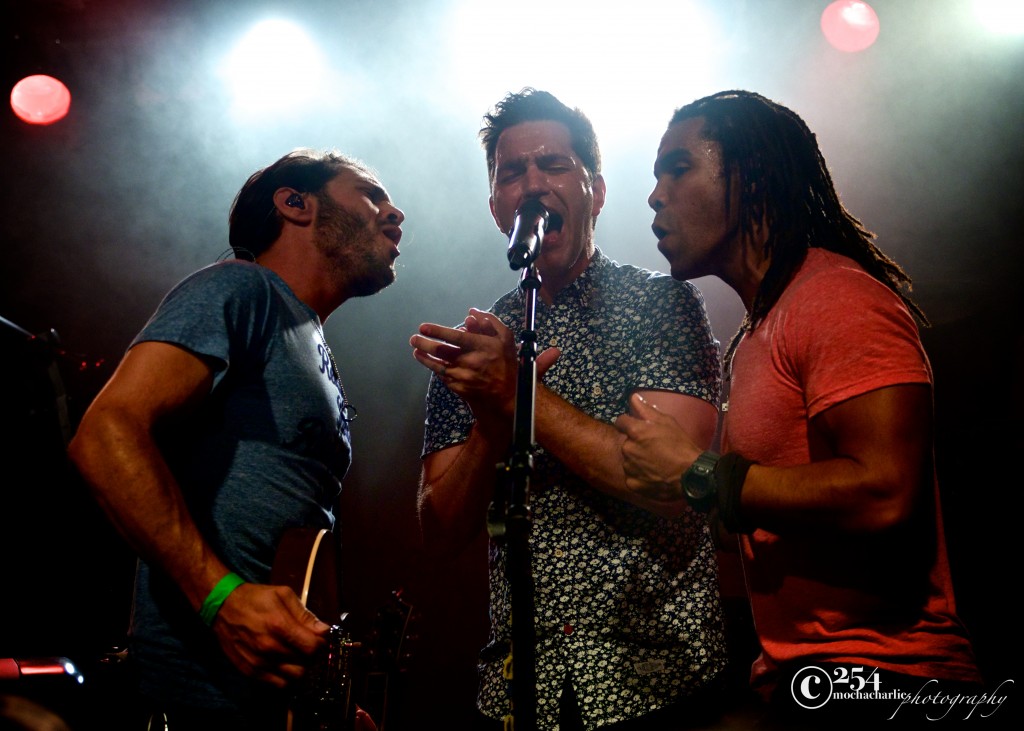 Music fans will go to many lengths to attend a show. Some will rearrange work schedules, some will drive long distances, and some will brave harsh weather conditions just to see a show. And, to no one’s surprise, Monday night’s Andy Grammer show at Neumos led fans will do all of the above.

While waiting in line, I met fans who drove up from Portland, drove down from Canada, and many who took the day off to be there. Many of them were in line quite early, waiting in more than 80 degree weather outside. Once inside the venue, they stood in over 100 degree heat, and never missed a beat.

Accompanying Grammer on tour was Andrew Ripp  and Brendan James. This stop on the tour also allowed for a fourth slot, which was voted upon via Gigg. South Sound-based, The BGP won the slot. They’ve played many shows across the Puget Sound over the years, opening for Fitz & The Tantrums back in 2010. You may also remember them from their appearance during auditions on America’s Got Talent back in 2011. They made it past the Seattle auditions, but were eliminated in round one in Las Vegas. Since then, they’ve perfected their sound, released a few singles, played numerous local shows and have steadily increased their fan base. This trio based “pop-tasic” group, (consisting of lead singer Brandon Ghorley, guitarist Dustin Blatnik, and drummer Josh Demorrow) was a worthy winner to open the show. Full of energy, the trio had no problem getting the crowd moving and dancing early, regardless of the near 1oo degree temperatures in the building. The band is headed into the studio this summer to produce their next EP, thanks to a highly successful Kickstarter campaign that ended June 27.

East coast-based singer/songwriter, Brendan James has had a decade-plus career, five full length EPs, (including a stripped down EP, Playing Favorites, in which he took some of his favorite songs from his early albums, produced with just James and his piano). Many of his songs have been featured on TV shows, and  he has toured the U.S. over nine times, playing shows with artists such as Matt White, Corinne Bailey Ray, John Legend, The Fray, John Mayer, and more. At Neumos, he and his drummer and dear friend, Craig Meyer,  played a few of his high energy love songs and ballads and continued to keep the dance moves coming, playing his hit song “Night Life” off his 2012 release Hope In Transition. With its contagious beat, the song proved to be a highlight with the crowd.

James’ most recent release of “Simplify” was funded fully by fans in 2013. He was scheduled to take on his own headlining tour this summer, but when asked to join Grammer’s tour, it was postponed. His updated headlining tour will begin September 9 and run through October, with a Seattle date at The Tractor on October 15. I wouldn’t miss it! He plans to release another new EP early next year.

This was the first time I had the chance to see Tennessee-based singer/songwriter, Andrew Ripp. He began his music career as a songwriter, writing for American Idol, One Tree Hill, and Live to Dance. In 2008, with the encouragement of friend, mentor andfellow musician Dave Barnes, he began recording his own material, and in 2013 he released his third studio album. Won’t Let Go  jumped into the top 3 on the iTunes singer/songwriter charts upon its release, and Ripp has been touring off-and-on ever since to promote and increase its visibility.

Prior to this tour, he’s also shared the stage with Needtobreathe, Sara Bareilles, LeAnn Rimes, and more. While the majority of his current recorded music feels somewhat country-pop, his live shows reflect different versions of his songs, those with a bit of country, rock, acoustic guitar and hip-hop all mixed in. He enjoys wooing the crowd on the piano, as well as “shredding” melodies on the guitar. The audience moved, jumped, and definitely felt the energetic vibes of his performance.

By the time Grammer took the stage, the heat had risen from the energetic mass.  The crowd chanted “Andy, Andy,” and cheered wildly when he came out. Dancing, bouncing, and waving, the crowd never seemed to let up. Grammer, who taught himself to write songs on his dad’s guitar by the ninth grade, has only been noted as a musician since 2009, but he’s gained critical acclaim for his music ever since. His first CD, Andy Grammer gained him platinum & gold for his singles “Keep Your Head Up” and “Fine By Me.” He’s toured with the likes of Train, Colbie Caillat, and Taylor Swift. His latest release and second full-length studio album, Magazines or Novels is due out Aug. 5. His past and new music gives off a high energy, party vibe. It’s fun, easy to sing-a-long with, and dance to. And, if the heat in the room of a venue tops over 100 degrees, and the crowd is still moving, dancing, singing, and cheering for more, you can bet that his new release will be equally, if not more successful than  his first. Didn’t get to the show and want a taste of his new tunes? When you  pre-order his upcoming CD via iTunes, they are offering an instant download of its first single, “Back Home.”  You can also watch the official video for it below and come to your own conclusions. 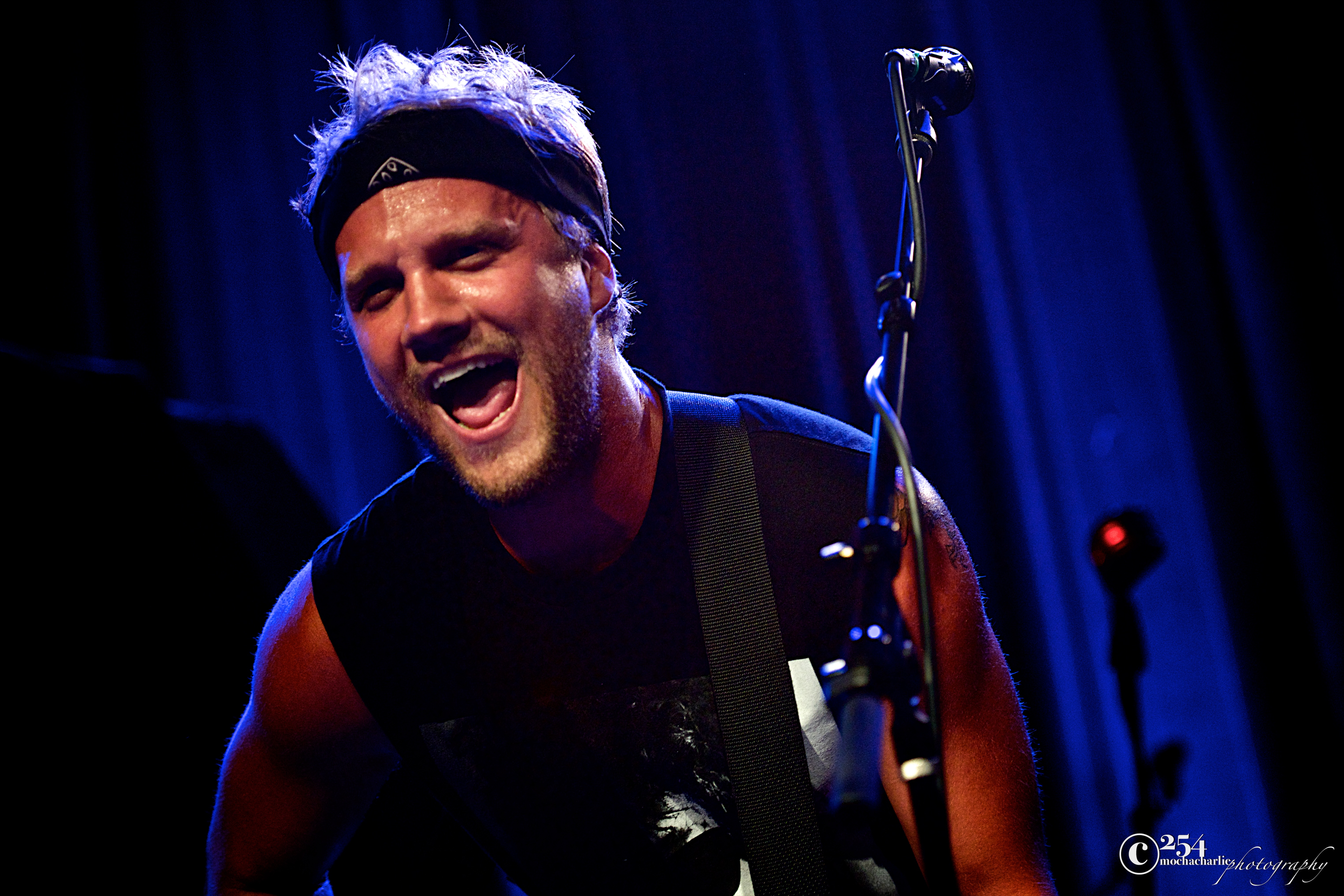 Mocha Charlie is an amazing photographer who has a real passion for music. She covers and shoots several shows per month in and around the region. She a brilliant photo journalist but most importantly, she is also a mother who does her best to balance out her life and live it to the fullest. Mocha Charlie uses her passion and talent to support the community, her friends and family any way that she can.
Related ItemsAndrew RippAndy GrammerBrendan JamesMocha CharlieNeumosNewsSeattle Music HappeningsThe BGP
← Previous Story Ms. Lauryn Hill defines her own destiny at the Paramount
Next Story → SMI New Album Review: World Peace is None of Your Business by Morrissey