Bumbershoot 2014: Elvis is the king (Photos) 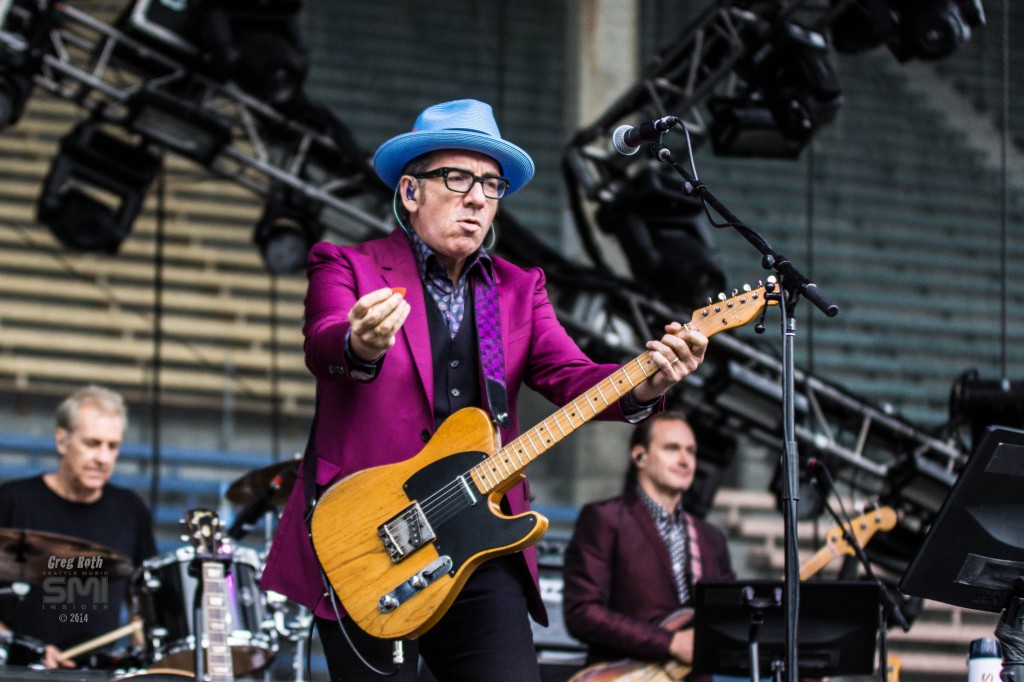 He is Elvis “effin” Costello. In 1977, this genre-bending artist made his television debut on Saturday Night Live. After playing a few bars of “Less Than Zero,” Costello stopped his band “The Attractions,” and launched into an indictment of the radio and music industry via the song “Radio Radio.” Producer Lorne Michaels didn’t dig it too much. He stood there flipping the bird at Costello for the duration of the song. His antics earned him a “lifetime” banishment which lasted all of 12 years. Now THAT is punk rock!

Several decades removed from that auspicious U.S. debut and rebellious devil-may-care attitude, Costello has comfortably settled into his role as a rock n’ roll elder-statesman. He has released a strong and musically daring body of work over the course of several decades, collaborating with industry heavyweights such as Paul McCartney, Burt Bacharach and Allen Toussaint.

Costello has been doing his thing for a long time with a variety of cats, and it is obvious that he and his tight outfit, “The Imposters,” (Steve Nieve, keys, Pete Thomas, drums and Davey Faragher on bass), were having a ball on the Bumbershoot Mainstage (it was nice to see the Mainstage return back outside to the historical Memorial Stadium – it is a festival, after all).  And, although it looked like rain was threatening on Day 1 of Bumbershoot, nary a  drop was felt during Costello and his mates’ set.

They took fans on a musical journey through Costello’s vast and eclectic catalogue, which featured performances of many of his classics. He kicked off the set with a rousing version of “Brilliant Mistake,” followed by numbers like “King of America,” “Boulevard of Broken Dreams,” and “Bedlam.”

No Elvis Costello set would be complete without the iconic “Radio Radio,” “(What’s So Funny ‘Bout) Peace, Love, and Understanding,” the heart thumping, raucous “Pump It Up” and the soulful pop ditty, “Every Day I Write The Book.”

Like a fine bottle of wine, the rocker has aged gracefully and his signature croon and chops are stronger then ever. No longer the young punk, Costello looked absolutely dapper and fabulous in black pants, black vest, pink blazer and blue fedora. But make no mistake – Costello still has the gleam in his eye and the mischievous attitude that has endeared him to three generations of fans.

At Bumbershoot 2014, Costello delivered a thoroughly professional, high-powered and sonically brilliant set, delighting those fortunate enough to witness this Rock and Roll Hall of Famer and pop/punk treasure. Elvis is the king indeed, at least that was the case on Bumbershoot Day 1! 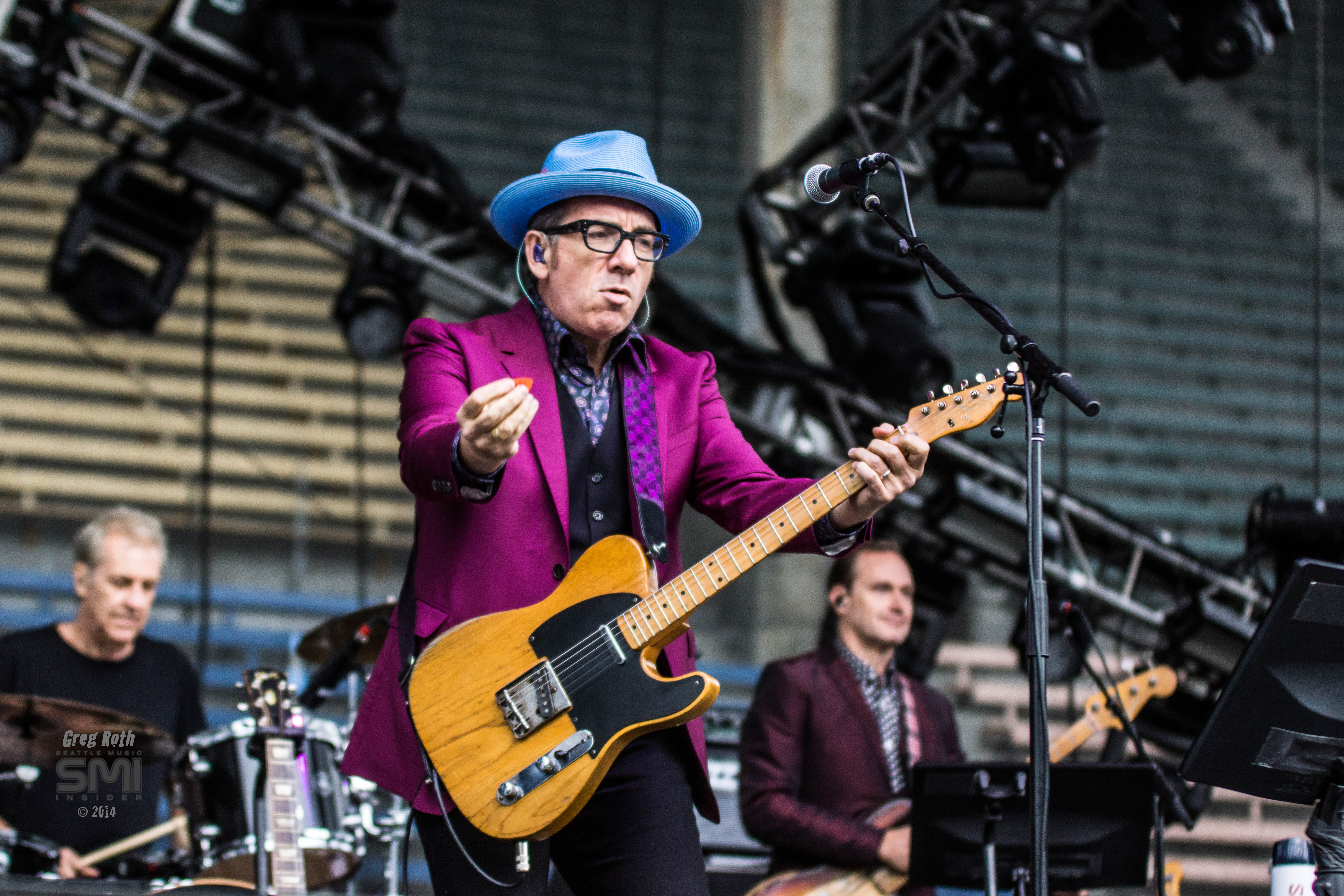 Not only is he a multi-media journalist, he is also an accomplished musician. He is the founder of SMI and drives the creative look, feel and branding for the publication. His years of writing, arranging, and performing live music in a variety of genres inform his ability to communicate the message and the mechanics of music. Roth’s work on SMI reflects his philosophy that music is the universal language, and builds community. He believes it has the power to unite people of every race, religion, gender, and persuasion.
Related ItemsBumbershootElvis Costello and The ImpostersFestivalsGreg RothSeattle Live MusicSeattle Music Happenings
← Previous Story Who to see at Bumbershoot 2014!
Next Story → Bumbershoot 2014: There is no substitute for The Replacements (Photos)