The Last Internationale at El Corazon

By Christine Mitchell on September 23, 2014@Housetornado37 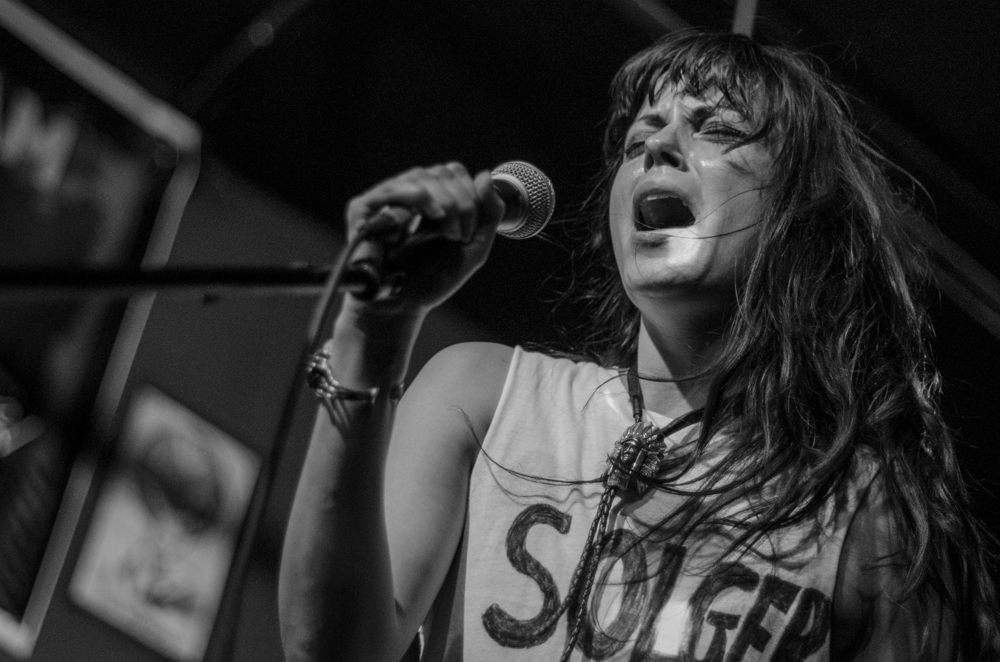 El Corazon has been putting on all-ages shows for a while now, which is a good thing. Seattle has had a decades-long stuntedness when it comes to venues that cater to those under the drinking age. Tuesday night’s show was sort of a head-scratcher, however: very few (if any) underage patrons were on hand, leaving two thirds of the lounge space mostly empty. The weirdly barricaded (and tiny) bar area, however, was packed so full that it was hard to drink a drink at all. Something needed adjusting.

The Last Internationale is a New York band with very good connections and a rock-blues sound. It also happens to have Brad Wilk, the drummer for Rage Against the Machine, as a band member. Vocalist Delila Paz looks like she belongs in The Runaways, and sings with a warm, strong voice that is less bitchy than Joan Jett’s, yet makes it clear that she could kick your ass any day of the week. Guitarist Edgey Pires lays down riffs that also smack of the late ’70s and late ’90s, depending on the song. He’s really quite good, crossing easily from mega-riffs to spaghetti-western twang. The Last Internationale sounds good live, but there is a pretty wide gap production-wise when compared to the studio versions of tracks from their debut album, We Will Reign, released just last month. It’s slightly bothersome (the album was co-produced by Brendan Benson of The Raconteurs), but hopefully the live sound will catch up to the layered audio on Reign. Perhaps it was the tiny El Corazon lounge stage that contributed to the disconnect.

Everett’s Born of Ghosts started the night off with some garagey goodness. Lead singer Jesse Schmidt attacked the mic both figuratively and literally, delivering a darkly compelling vocal whilst dragging the microphone stand around as much as the stage setup would allow. Brother Jacob attacked the drums after his own fashion; his concentration on the music showing along with some great rock facial expressions. Born of Ghosts’ wall of punk-tinged, heavy rock was a great appetizer.

Chrome Lakes was up next. Take note: if your band has five or more members, it won’t fit on El Corazon’s lounge stage. Singer Chad Fox instead utilized some of the spacious all-ages space and wasn’t afraid to prowl around, gesturing and screaming by turns. The music was frenetic and sort of all over the place, which befitted the vocal well; but again, hopefully time will tighten things up.

The Eeries hail from Los Angeles, yet their sound has thick, ropy ties to ’90s grunge. Their single, “Cool Kid,” starts off sounding strangely like Smashing Pumpkins’ “Today” before going to a different (yet still grungy) place; other songs brought to mind Toadies and, well . . . Nirvana (lead singer and guitarist Isaiah Silva is engaged to a certain Miss Cobain). Their songs were well-built, however, and executed with evident ease and expertise. The lyrics to “Cool Kid” are snotty and whip-smart.

All-in-all, there was a good dose of potential. It will be interesting to chart the trajectory of these bands’ careers, local and national(e). 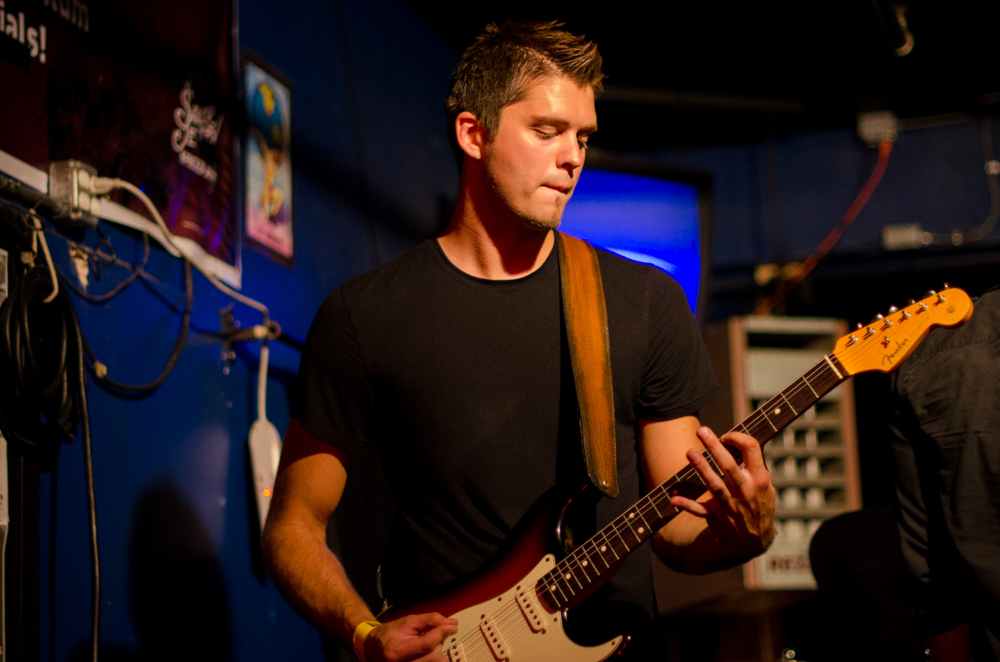 Christine Mitchell has been poring over album liner notes pretty much since she acquired the skill of reading, and figured out the basic structure of rock songs at an early age. Whether it’s the needle popping into the first groove of the record, the beeps that signal the beginning (or end) of a cassette tape, or digital numbers ticking off the seconds from zero, music brings Christine happiness, ponderous thought, opportunities for almost scientific study, and sometimes a few tears. When she started attending live shows two decades ago, a whole new piece of the puzzle clicked in and she has been hooked ever since.
Related ItemsBorn Of GhostsBrad WilkChristine MitchellChrome LakesEl CorazonNewsSeattle Music HappeningsThe EeriesThe Last Internationale
← Previous Story Heart at The Showbox: as amazing as ever
Next Story → Blake Mills’ Expert Guitar Work at the Columbia City Theater