By Arlene Brown on November 12, 2014@brownfotobug 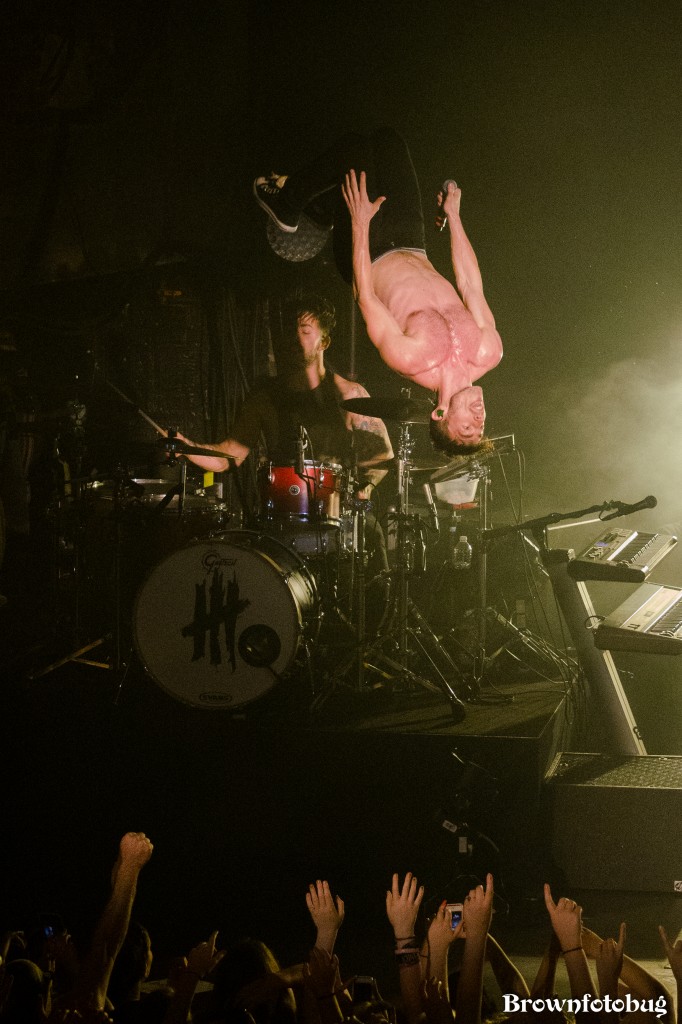 When a band is so taken with a crowd that words can’t express their love of a city and its people, well, there’s not much to say. That’s how New Politics felt during and after their unbelievable set at Neptune Theatre on November 6.

As part of their Everywhere I Go (Kings and Queens) tour, David Boyd, Søren Hansen, and Louis Vecchioare are finally headlining, and they are not holding anything back. From standing on the crowd, to flips, to rarely-seen dance moves, Boyd left the crowd gawking, dancing, and wanting more.  Even though the guys said that Seattle and the crowd left them speechless with gratitude, they actually left the fans speechless with adoration of their sounds – and those moves.  Just when we thought we couldn’t love them any more, they played new music for us.  Yes, they still rocked their cover of “Sabotage” and played favorites including “Harlem” and “Tonight You’re Perfect.”  Nineteen songs later, the whole place wanted 19 more.

From the tiny shows at El Corazon to Neumos to Marymoor Park, it was nice to see New Politics finally headlining at a bigger venue like Neptune. Granted, their next shows here will be in much bigger venues.  Their fans demand it.  At least that’s what they were saying in the very long meet and greet line after the show.  Granted, all you had to do was buy a t-shirt to get the chance to meet these guys up close.  Very cool, guys.  Very very cool!

On tour with New Politics are Somekindawonderful and Bad Suns. Many fans were familiar with Bad Suns, as they just played at Marymoor Park this past summer.  But many were taken with the sounds and moves of Somekindawonderful.  Hopefully they play more than five songs the next time they come to town.

Arlene Brown is both a writer and photographer for SMI. She likes to take things one picture at a time. Covering and reviewing shows from Soundgarden, The Proclaimers, Lorde, The Head & The Heart, to Hank3, Bob Log III, New Politics, Black Joe Lewis, Grouplove, including local and national rising bands and more, she truly loves to try to get that perfect shot. Looking for that raw emotion, energy, power that only live music can deliver, she captures the essence of a show in her own unique style.
Related ItemsArlene BrownBad SunsDavid BoydEverywhere I GoLouis VecchioareNeptune TheaterNeptune TheatreNew PoliticsSeattle Music HappeningsSomekindawonderfulSoren Hansen
← Previous Story Ruler at The Cannery
Next Story → Tegan and Sara at the Paramount Theatre