By Victoria Holt on November 21, 2014@holtvictoria 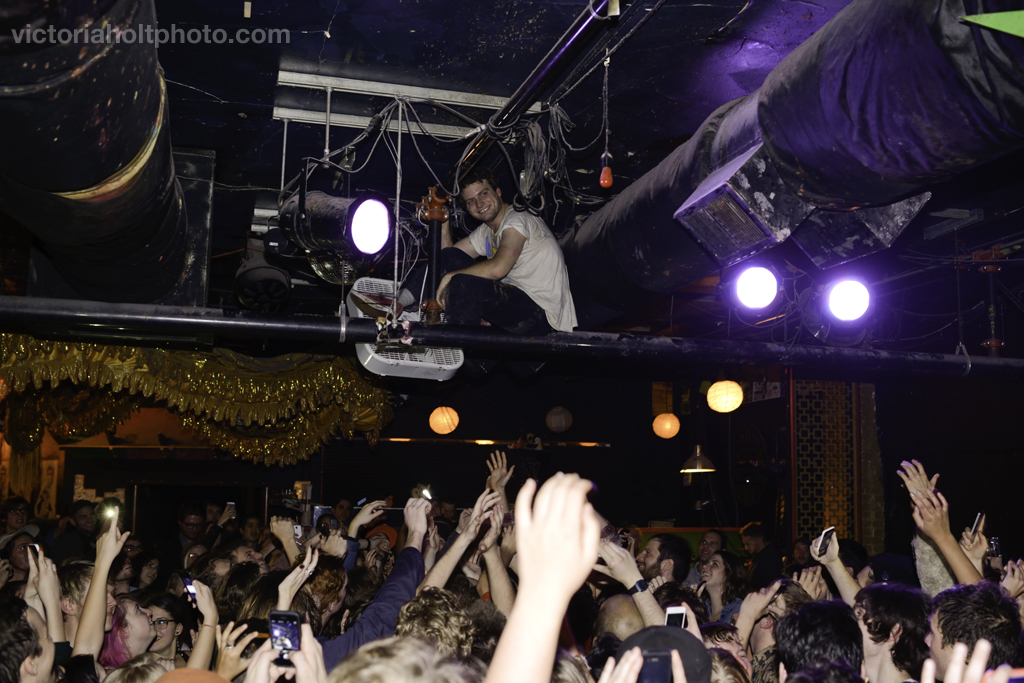 After opening for Julian Casablancas mere hours before, Mac DeMarco brought his rowdy live show to Chop Suey last Thursday, November 13th for a late night set. Originally from Edmonton, Alberta in Canada, and now based in Brooklyn, he and his band of troublemakers put on an entertaining set full of nudity, tongue-in-cheek covers of famous pop songs, and endless crowd surfing. His music has been described as “slacker rock,” and features relaxed, almost lackadaisical vocals and bright, nostalgic guitar. The venue was packed with late-high school/early-college aged kids with a voracious eagerness, clearly in worship of Mac. As he set up his gear, fans called out, trying to engage him. “Can I get on stage and dance for you guys? I can be your dancer,” one girl pleaded. Bassist Pierce McGarry kindly replied, “We don’t want that.” It seemed the most diplomatic response, and the girl continued to enjoy herself despite having her pride a little bruised.

Their set opened with drummer Joe McMurray covering “Video Games,” by Lana Del Rey, singing passionately into the mic while McGarry and guitarist Andrew Charles laughed through the chords. Crowd members sang along, unashamed. The set was full of hilarious covers, including the heart-wrencher “Someone Like You,” from Adele. The show felt like a ravenous sea of teens watching four zany dudes hang out on stage. It was a strange dynamic to say the least, but Mac and his band fielded the energy well, alternating between hooliganism and great songs.

The crowd was so intense that some fans had to leave the front row to avoid having their knees crushed against the low stage. Towards the end of his set, Mac launched into the crowd, surfing around and grabbing onto the ceiling pipes. While the band played on, he climbed onto the largest pipes, sitting and looking down at his crowd for awhile. Unsatisfied, he managed to surf to the edge of the all ages section, up and over a wall, and into the bar area. The bartender handed Mac a handle of something, he took a few swigs to raging applause, and surfed back over to the stage. The band members followed suit, each surfing while someone took control of their instrument, and the show ended in a blaze of glory. Chop Suey was left exhausted and dirty, but elated.

Opening up the night were Seattle bands Great Spiders and Gold Fronts. Considered by some to be Seattle’s response to The Strokes, the former played catchy, laid back rock with lo-fi vocals and scratchy guitar. One member even rocked the bongos, adding a layer of infectiousness to the tunes. The latter brought a country twang to the night, feigning southern accents, with guitarist Kyle Madsen rocking a cowboy hat. The band played their first show ever only in August, but you wouldn’t know it from their expert banter and charming smiles. Frontman Aaron Schroeder runs the Seattle-based audio/video recording studio BLDGs, which has had its hands in recordings with such local darlings as Wimps, CHILDBIRTH, Charms, Killer Ghost (one member of whom also plays in Great Spiders), TacocaT, and Unnatural Helpers. These bands set the stage for Mac’s debauchery, all with a great sense of humor. 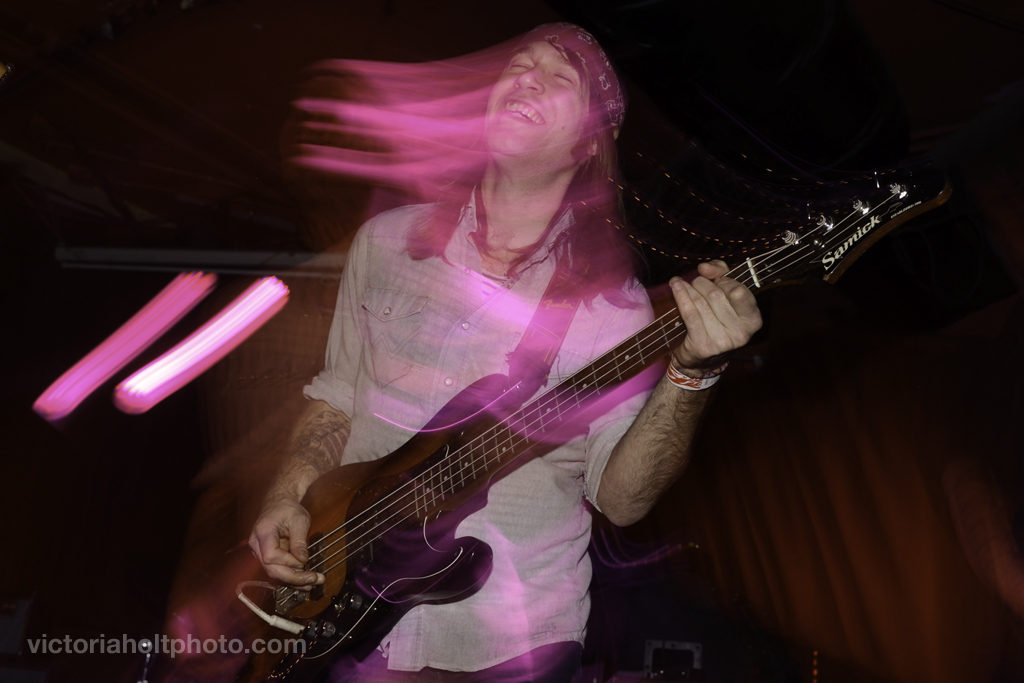 Originally from San Francisco, CA, Victoria completed her Bachelor of Fine Arts in Photography at Seattle University. Her passion is making live music look as great as it sounds. Her work has been featured in The Stranger, The Seattle Weekly, The Capitol Hill Times, and online with KEXP, Live Music Blog, and Back Beat Seattle. Her 2012 BFA thesis, “Seattle DIY: Live Music,” has exhibited at various venues in the Seattle area, and offers an in-depth exploration of six “Do-It-Yourself” underground spaces. For a behind the scenes look at music, she shoots in-studio performances at local radio station KEXP.
Related Itemsaaron schroederAdeleAndrew CharlesbldgsChop Sueygold frontsgreat spidersJoe McMurrayjulian casablancaskyle madsenmac demarcoNewsPierce McGarrySeattle Music HappeningsThe StrokesVictoria Holt
← Previous Story Ben Gibbard and Eric Anderson enchant The Neptune Theatre (Photo Slideshow)
Next Story → Mudhoney brings the aggression to Neumos