Planes On Paper: The Ruins EP and release party announced

By Christine Mitchell on December 7, 2014@Housetornado37 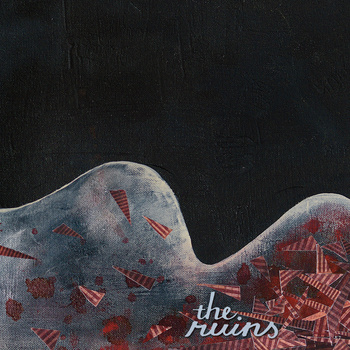 Planes On Paper’s The Ruins

Planes On Paper’s folky music is deceptive in the best possible way. The Ruins (out Jan. 1), the band’s second EP, immediately embraces the listener with the pedal steel’s warm molasses sound. Navid Eliot and Jen Borst’s singular harmonies curl around each other like smoke: a beautiful burnt offering slithering skyward on delicate wings.

The Ruins’ three tracks revolve around the condition of being human: Have we become better? Are we worse? Are we built to implode? Can we fix us, can we learn from our grand failures? “Monolithia” begins the EP with music that conjures up the feeling of lying in a field, trying to comprehend existence while viewing the expanse of the universe at the same time. The pedal steel is the Milky Way, and Borst and Elliot’s voices, dry and felted together, ask:

Did the beauty die/ When we got wise/ To the skull under the skin?

The soft, brushy percussion of a cajon picks up the pace just a smidge, as the song asks whether all of history and technology has only served to suck us dry – a thought most have probably entertained at one time or another, although most likely not as gorgeously parsed as this. It’s brainy enough to ponder on, and pretty enough to sustain repeated listens.

“Iron Boat” kicks off ominously, the lyrics making it clear (“When I was young I knew a boy, who only loved what he destroyed”) that this is a tale with an unhappy ending. Time to settle in for the sad yarn. And as it unfurls, for the first time in Planes’ history, the harmonies diverge spectacularly. At first the vocals cling to each other with a cautionary tone; as the song travels on and the story becomes more dire and twisted, the two voices pull apart yet still strain toward each other, sounding off-kilter in the loveliest of ways, almost as though they were trying in vain to reach each other across a vast chasm. Also, there are rats. Shudder.

The title track finishes things out with a wash of longing nostalgia tempered with plenty of hindsight, couched in country twang. It’s a slow-dance that contemplates “what the fuck were we thinking back then?”

Musically, this is a step forward for Planes On Paper, a tentative yet fruitful fleshing out of their sound compared to their debut EP, East End Session, which was recorded live with just two voices and a guitar. Whereas East End was like a carefully considered sketch, The Ruins takes that and adds depth and shadow with the added instrumentation. Again, this isn’t the sort of music you blast over rush-hour traffic. It would play out beautifully, however, driving over a mountain pass or prairie, expanses that allow Planes’ music the air it requires to breathe as you let their overarching questions sink in. Planes On Paper don’t have the answers, but they’ll leave your wheels churning. One thing is certain: art carries on through these humans, at least.

Planes On Paper will be celebrating the release of The Ruins with a show on January 30 with The Holy Broke and the amazing Shelby Earl. They will also be strutting their stuff at the Timbrrr! Music Festival on January 9/10.

Christine Mitchell has been poring over album liner notes pretty much since she acquired the skill of reading, and figured out the basic structure of rock songs at an early age. Whether it’s the needle popping into the first groove of the record, the beeps that signal the beginning (or end) of a cassette tape, or digital numbers ticking off the seconds from zero, music brings Christine happiness, ponderous thought, opportunities for almost scientific study, and sometimes a few tears. When she started attending live shows two decades ago, a whole new piece of the puzzle clicked in and she has been hooked ever since.
Related ItemsChristine MitchellNewsPlanes on PaperSeattle Music HappeningsThe Ruins
← Previous Story Mac DeMarco Surfs Crowd Adoration at Chop Suey
Next Story → Shaprece shines on Columbia City