Home / Community / Artist Home / Timbrrr! 2015: brimming out of its britches

Timbrrr! 2015: brimming out of its britches

By Christine Mitchell on January 22, 2015@Housetornado37 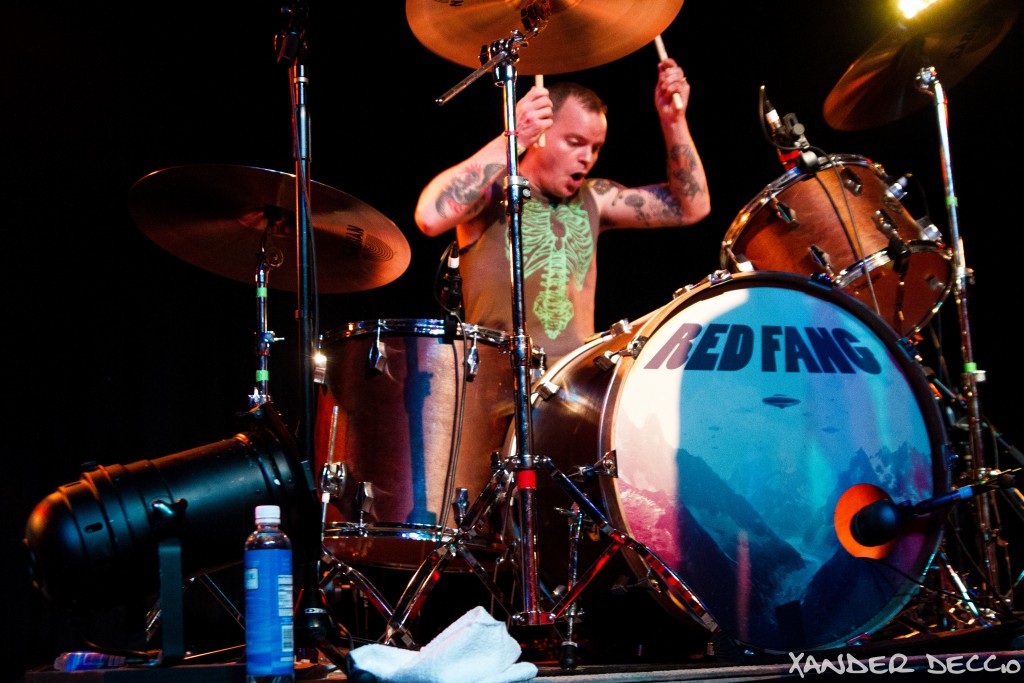 The second annual Timbrrr! Music Festival took place in Leavenworth last weekend courtesy of Artist Home, and if the sold out attendance and packed venues were any indication, it won’t be the last. Both Timbrrr! and its sister, summer festival Timber! (held in Carnation) are every bit as much about the location and whole experience as it is about the music. Local activities, grub, and tasty beverages abound.

Christmas trees and twinkling lights persisted in the quirky, Bavarian-themed town, with snowy mountains all around (though the roads were thankfully bare). Friday’s schedule delved straight into a very cozy happy hour of hot toddy and beer drinking at the Leavenworth Festhalle before Portland’s indie Dude York started things off with their vaguely experimental, Sonic-Youth tinged rock, interspersed with their typically hilarious between-song banter. Bellamine, who hail from Anacortes, were sweet but unoriginal; a bit too nicey-nice after the brattier Dude York. SISTERS, followed by the also capitalized LEGS, were paired well; the former exuding a geeky, almost SNL-sketch vibe as the duo exchanged meaningful looks (and instruments) during their groovy set, and the latter going into full-on danceable funky-disco explosion mode. As one artist performing the next day remarked, “I didn’t know I could like anything from Brooklyn.”

Deep Sea Diver took it back down a notch with Jessica Dobson’s interesting, at times ragged voice, contemplative music, and an adorable basset hound puppy that landed its own serenade. The night came to a close with local rapper SOL, who got the crowd moving again as he tossed out his lyric, canvassed the stage and shook fans’ hands. SOL’s set was an uptempo end to what wasn’t a high energy night, but it was still a satisfying experience to be warm, fat with beer and have a musically buzzing brain. 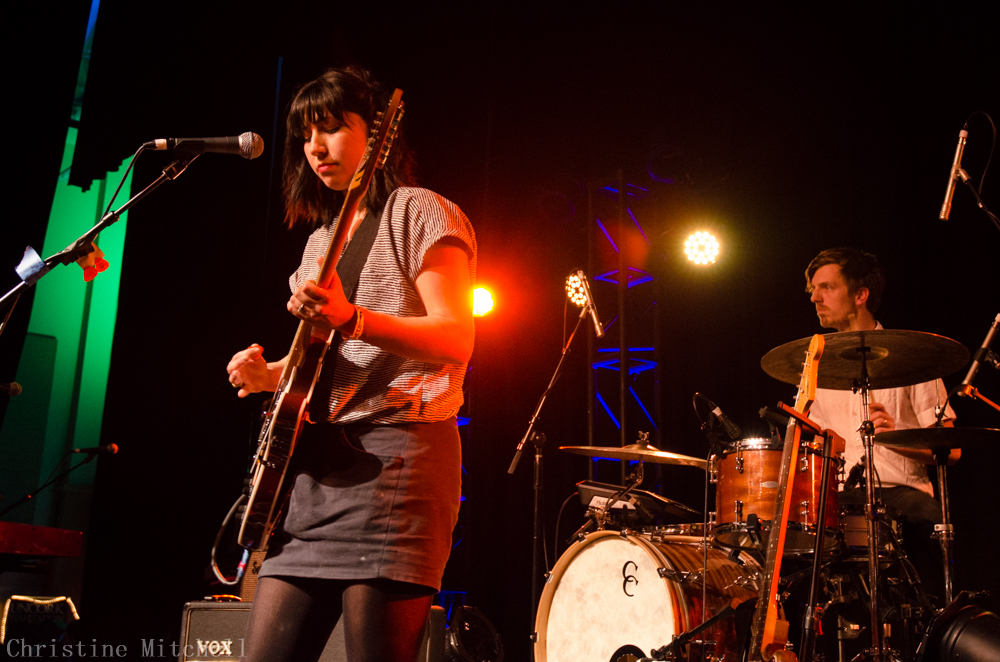 Saturday found a crowd gathering at the Icicle Brewing Company for a hair-of-the-dog beer and snacks lunch. Groups bundled up under heat lamps and near table fires to listen to Courtney Marie Andrews and Planes On Paper. Andrews’ voice was hauntingly beautiful as she and her keyboardist meandered through songs about love, loss, and travel. As Planes On Paper worked through their set of darkly intelligent, impeccably harmonized folk songs, the crowd swelled out onto the sidewalk, crammed cheek-by-jowl to listen, arrested by the music. Navid and Jen of Planes enthralled even the passersby and assuredly gained quite a few new fans.

It was Munchen Haus’ turn to host the next couple of bands, and by this point it was clear that the venues were getting mighty cramped, which was great for Timbrrr! but tough for attendees to navigate. The Banner Days were pleasant, but it seemed that many were interested in seeing ADD Ode, which featured Galen Disston of Pickwick and his sister, Duni. The pair joked about the name of their band, literally an ode to Attention Deficit Disorder, which both apparently (jokingly?) suffer from. The songs were alright, but mostly it was simply interesting to see Galen performing such a different style of music than he does in Pickwick.

Check out Friday’s slide show, then read below for more about Saturday: 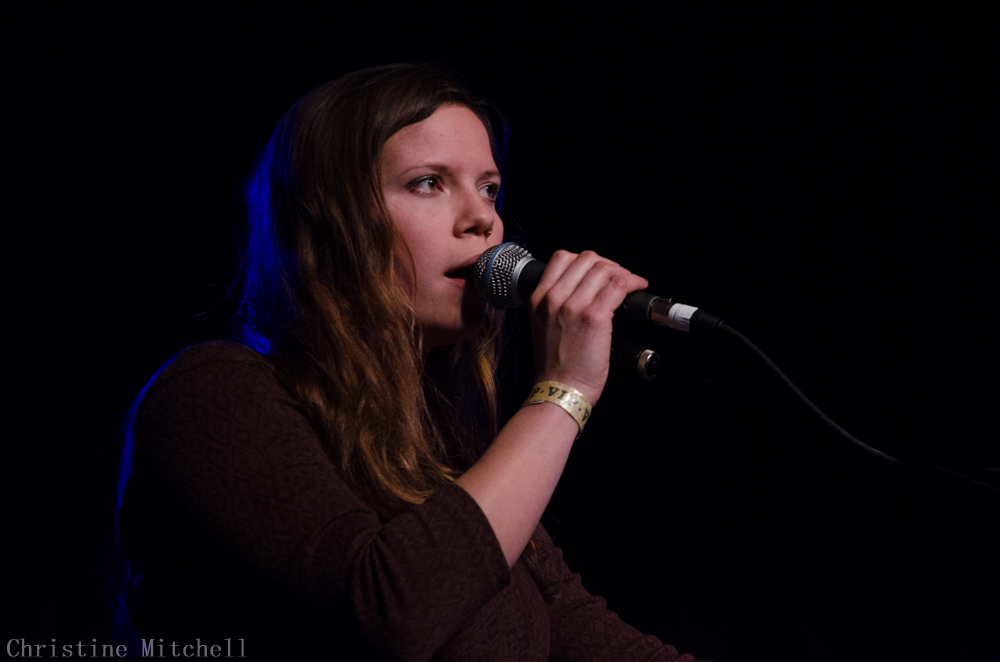 For the second year in a row the Seahawks have had a playoff game during Timbrrr!, and the festival embraced the event, putting the game up on a huge screen in the Festhalle, setting up tables and chairs, and giving out free organic caramel corn.  Saturday’s first evening act, Prom Queen, played half of their set during halftime and finished up after the game was over and Kam Chancellor had leapfrogged over the Panthers a couple of times. Prom Queen showcased their dreamy torch songs and included covers of Madonna’s “Justify My Love” and INXS’ “Never Tear Us Apart.” It was calming after the adrenaline of the playoff win. That calm was not going to last. 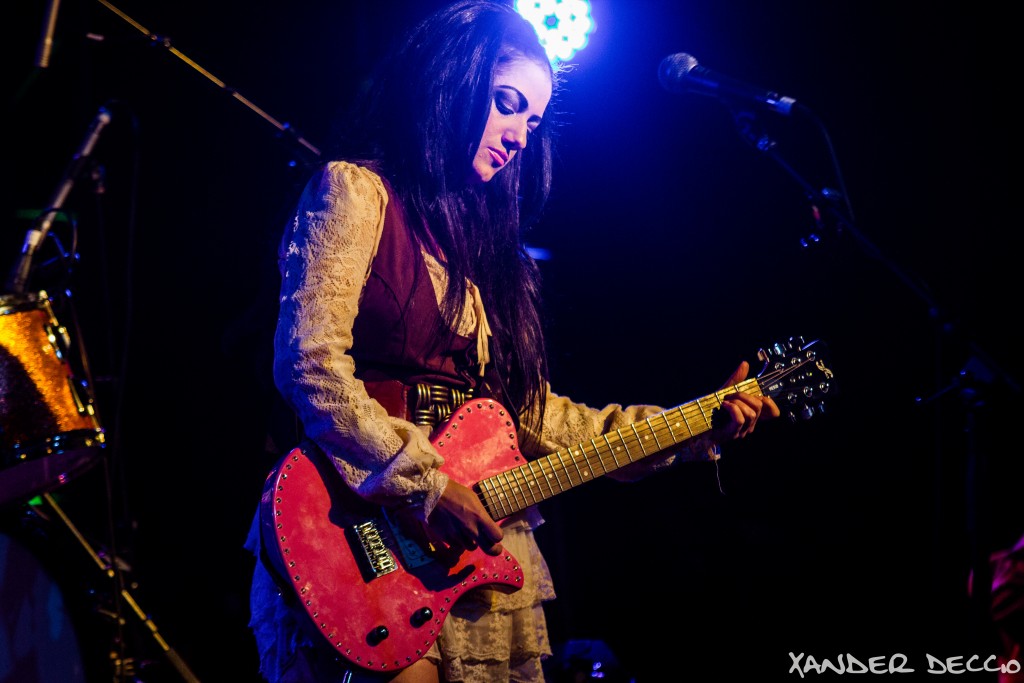 Portland’s experimental pop outfit Aan ratcheted up the collective heart rate a bit. Their general aura speaks to the myriad bands heard on The End; several young, slightly scrappy men playing various instruments, including the required keyboard. The similarities stop there, however, as Aan veers away from the anthemic, instead preferring a more layered, complex, and thoughtful sound.

It took hometown heroes Hobosexual to finally release the pent-up energy of the weekend. Let’s face it, most of the attendees had been drinking beer and/or hot toddies since noon, their team had just won, and, while the relaxed vibe and beautiful setting were sublime, it was time to let off some steam. Cue Ben and Jeff, who were ready, willing, and able to do the job. Heads started thrashing and the pit started moshing as the guitar and drums duo spewed forth songs like “Ghettoblaster” and “Switchblade Suburbia” like a rock volcano. FINALLY.

Red Fang had the easy job of taking Hobosexual’s high and riding it out on a wave of metal. Luckily for everyone involved, Red Fang took the job head on; that is to say, Red Fang rocked the entire hall, the mosh pit hit a frenetic level, and one very drunken man hugged one of the monitors, laying his ear over the speaker in order to allow Red Fang to directly pierce his eardrums. Thank you, Portland.

Timbrrr! 2015 appears to have been a great success. While the Festhalle is a spacious evening venue, it’s going to be interesting to see what happens to the daytime gatherings next year . . . the outdoor ambiance is incredible, the squeezing in and stepping on of others’ toes, not so much. Timbrrr! 2016 is going to be a wintry blast. Strap on your boots; it might start out mild, but in practice, it’ll end with a bang.

Planes On Paper at Timbrrr! (Photo by Christine Mitchell)

Planes On Paper at Timbrrr! (Photo by Christine Mitchell)

Christine Mitchell has been poring over album liner notes pretty much since she acquired the skill of reading, and figured out the basic structure of rock songs at an early age. Whether it’s the needle popping into the first groove of the record, the beeps that signal the beginning (or end) of a cassette tape, or digital numbers ticking off the seconds from zero, music brings Christine happiness, ponderous thought, opportunities for almost scientific study, and sometimes a few tears. When she started attending live shows two decades ago, a whole new piece of the puzzle clicked in and she has been hooked ever since.
Related ItemsAANAdd OdeArtist HomeBellamaineChristine MitchellCourtney Marie AndrewsDeep Sea DiverDude YorkFestivalFestivalsHobosexualLeavenworthLegsLive MusicMusicNewsPlanes on PaperProm QueenRed FangSeattle Music HappeningsSISTERSSolThe Banner DaysTimbrrr!WashingtonWinterXander Deccio
← Previous Story Patti Smith Brings Her Legend to The Moore
Next Story → Whiskey Syndicate Release New Album with High-Energy Kickoff