Death Cab for Cutie Debut New Songs at The Crocodile

By Katrina Charles on January 25, 2015@Katrina_Charles 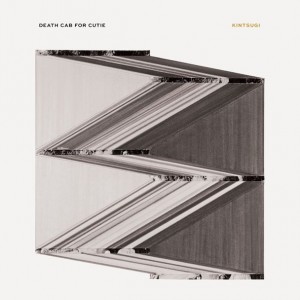 Death Cab for Cutie is back! Just a week after announcing the release of their new album, Kintsugi, a few hundred lucky fans were treated to a rare intimate show at The Crocodile last night. Announced just last Thursday, the show was sold out in less than a minute when tickets went on sale early Saturday. Debuting a new lineup as well as new songs, it was a grand kick-off to a brand new Death Cab for Cutie era.

In a likely intentional way, the title Kintsugi is poetically fitting for the band’s new album. Kintsugi is the Japanese art of repairing broken ceramic pottery with precious metals such as silver or gold, making the repaired product more beautiful than the previous whole. Though we’ll have to wait for the full album to see if it gives any further clues, there are several changes the band has undergone recently that make the title all the more beautiful. One of those changes made fans wary last year when guitarist and songwriter Chris Walla departed from the band. Though Kintsugi was recorded with Walla, any concern about how his departure would affect their live shows was allayed by their performance last night.Those big empty shoes were filled by Dave Depper (guitarist/keyboardist) of Portland, Oregon and Zac Rae (keyboardist) of Los Angeles, California. These newcomers are stellar musicians and held their own playing Death Cab’s iconic songs.

As they played through a killer set of their better-known hits, fans were treated to first listens of three new songs: “The Ghosts of Beverly Drive,” “Black Sun,” and “No Room in Frame” (watch them all on Revolt!). Staying true to their driving instrumentals and emotional roller coaster lyrics, one thing is for sure: whatever was broken along the way, they sure turned it into something beautiful.

Kintsugi will be available March 31 on Atlantic Records.