By Christine Mitchell on March 9, 2015@Housetornado37 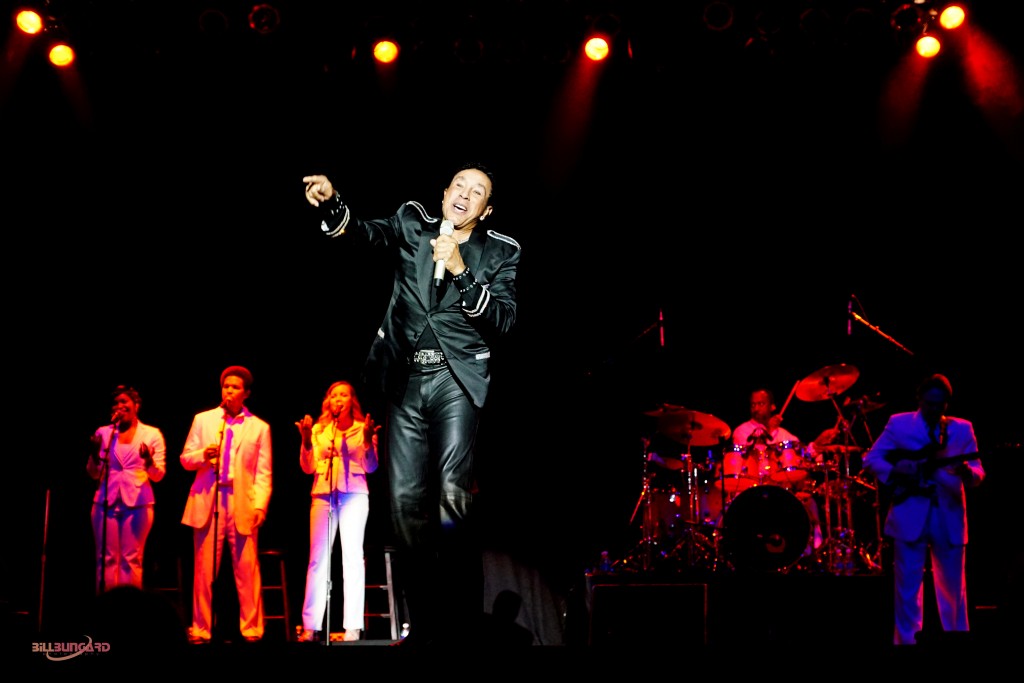 Mr. Motown brought it to Emerald Queen Casino  and a crowd of adoring fans on Friday, March 6. Grammy Award winning Smokey Robinson, inductee to the Rock and Roll Hall of Fame and Song Writers Hall of Fame has been performing for over 60 years,  his early years as the lead vocalist/songwriter for The Miracles. Robinson retired in 1972 to focus on his role as Motown’s vice president only to return to recording and stage as a solo artist the next year.

He started out the evening with “Being With You,” “Second That Emotion,” “Really Got a Hold,” “Quiet Storm,” and “Ohh Baby, Baby.”  Robinson,  the consummate performer connected with his fans, who sang along to the familiar classics.  Full of charm and humor, he joked with the fans that he thought people bought tickets for the show, saying “but now I know they filled the seats with the Emerald Queen Choir – you all know all the lyrics.”  At 75, his performance was high energy, working the stage – dancing, bumping, grinding, running and fist bumping – in the groove.

He shared several first-hand stories about the history of Motown, even joking that Motown started 30 years after he was born.  He referred to an interview where he was asked what he does when he hears his music on the radio. “Turn it up!” he exclaimed.  He then performed a medley of Temptation songs, including “My Girl” and “Get Ready.”

Robinson finished out the set with “Tears of a Clown” (music written by Stevie Wonder), and some of his classics mixed with songs from his latest recordings.

Fly Me to the Moon
Love Bath
That Place

Just To See Her
Tracks Of My Tears
Cruisin’ 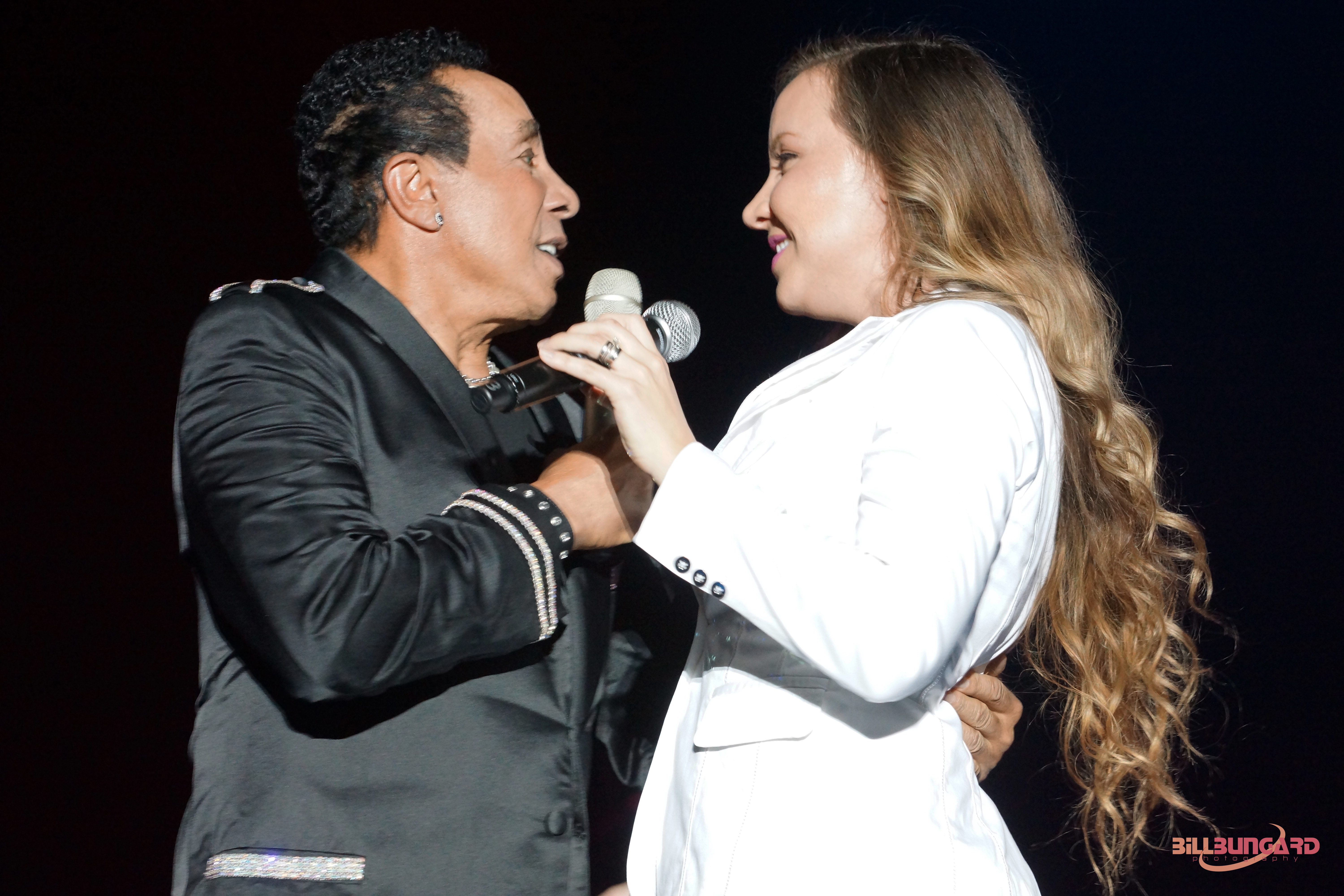 Christine Mitchell has been poring over album liner notes pretty much since she acquired the skill of reading, and figured out the basic structure of rock songs at an early age. Whether it’s the needle popping into the first groove of the record, the beeps that signal the beginning (or end) of a cassette tape, or digital numbers ticking off the seconds from zero, music brings Christine happiness, ponderous thought, opportunities for almost scientific study, and sometimes a few tears. When she started attending live shows two decades ago, a whole new piece of the puzzle clicked in and she has been hooked ever since.
Related ItemsBill BungardEmerald Queen CasinoNewsSeattle Music HappeningsSmokey Robinson
← Previous Story Alan Doyle Charms the Triple Door
Next Story → Dead Moon, Girl Trouble play Chop Suey reopening (PHOTO SLIDESHOW)