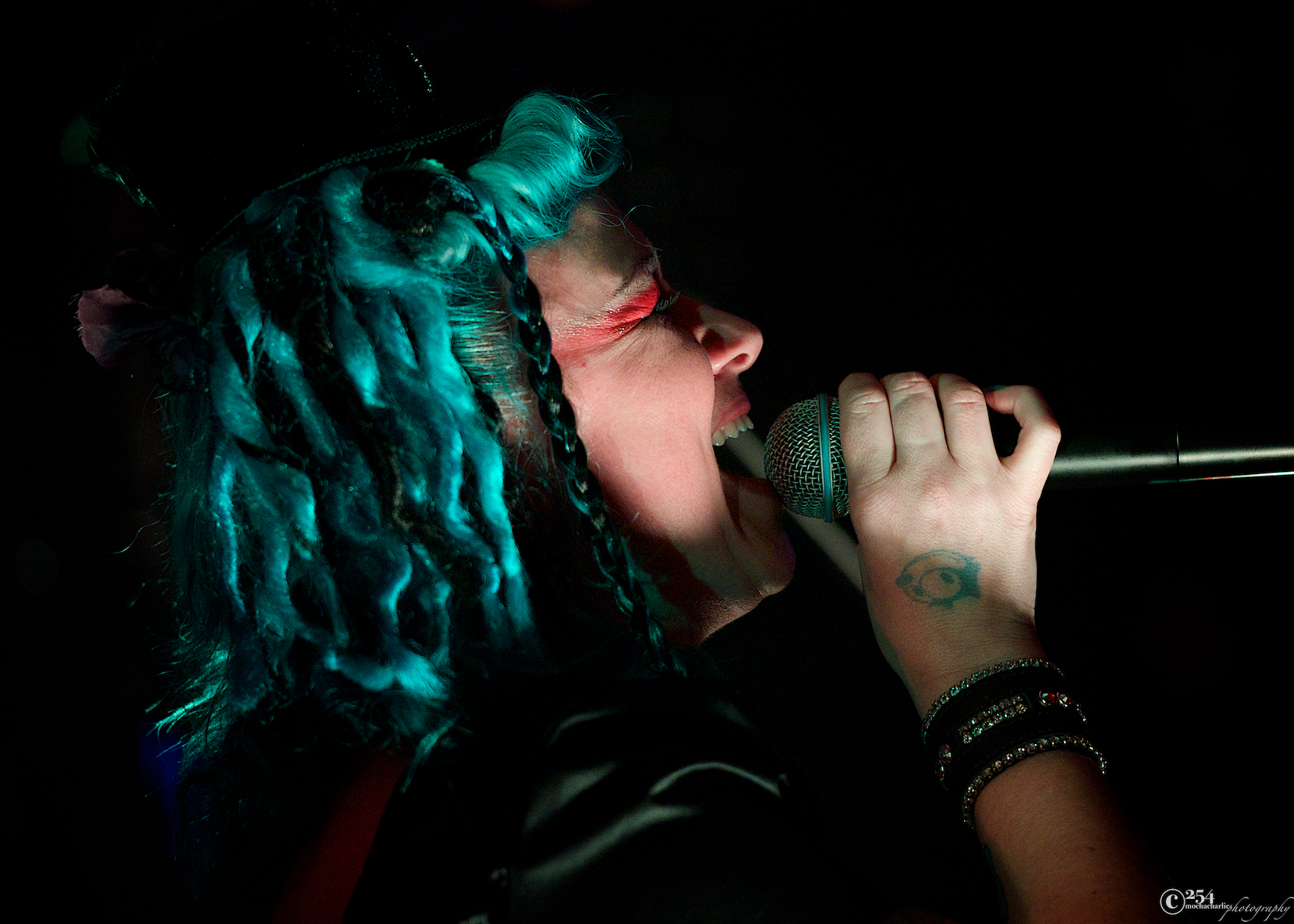 SODO Pop in Seattle’s SODO district was rockin’ last Friday night as The Furniture Girls released their CD, CHAOS, at a private event for family, friends, and fans (the actual release date for the masses is April 14). Thought to have been released as a double CD last year with their release of Dreams, the band decided that the songs that were not released last year had a separate feel and deserved to be on a different CD.

As for CHAOS, it’s anything but. Band members describe the CD as art – heavy, thick, raw, layered – and Fink (as in Dr. Fink, who played on the song, “Lily,” and is a personal friend of the band. He also posted on the band’s Facebook page that he wished them luck and wished he could be there for the celebration). All of the song lyrics were written by singer Stacey Meyer (who could make a song about a pencil sound cool), while bassist, Jim Watkins puts her words to music. CHAOS actually started taking shape in 2012; however, the song “Deep End” began in concept back in 2010. The band’s collective favorite off the album is “The Well Was Poisoned,” because they reason it’s “the least commercial, not a standard song, and it tends to be a bit weird and busy.” 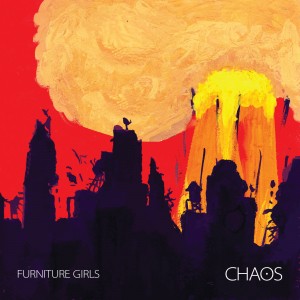 Drummer Thane Mitchell summed up his experience on this album compared to earlier work: “It’s like walking into a room with your fists up ready, because you know you’re going to be all in.” He couldn’t name a favorite track because he enjoyed playing on each of them. He is however, very excited about the album artwork, which also includes a custom designed drum head, and t-shirts for this release that were all designed by his daughter.

Guitarist Jason Lightfoot, referred to the new music as, “soupy.” Perhaps because it’s got a blend of everything that’s comforting to those who like to rock. It provides a mix of rock with substance, a bit of angst and drama.

The band’s newest member, Kate Bradley, joined FG about two years ago. This is her first experience in a “rock” band, and she has found the music powerful. With her prior band experience, she felt that singing the same songs over and over was quite boring. Since joining FG, she’s “never bored,” and looks forward to singing songs from their collection every night because they are so “full of energy,” and “really fun to sing and perform.”

After the show, band members learned that while the party was going on at SODO Pop, over on KEXP they were playing, “The Well Was Poisoned,” and they were ecstatic. They were also flooded with fan comments about the show, giving praise to the new CD. One such comment on the band’s Facebook page: “I love you dorks so much, it’s ridiculous. You continue to inspire awe, pride, and warm fuzzies in my heart. I’m a lucky girl to have you all in my life, and the world is lucky to have Chaos in its ears. :)” – C. Cramer

Their performance on Friday was energetic, charismatic and exuded pure rock. As a special gift to those in attendance, each person walked away with not only a memorable performance, but also with a free download of the new album, and a FG branded shot glass. With such a well-received album release, the band hopes to tour later this year. 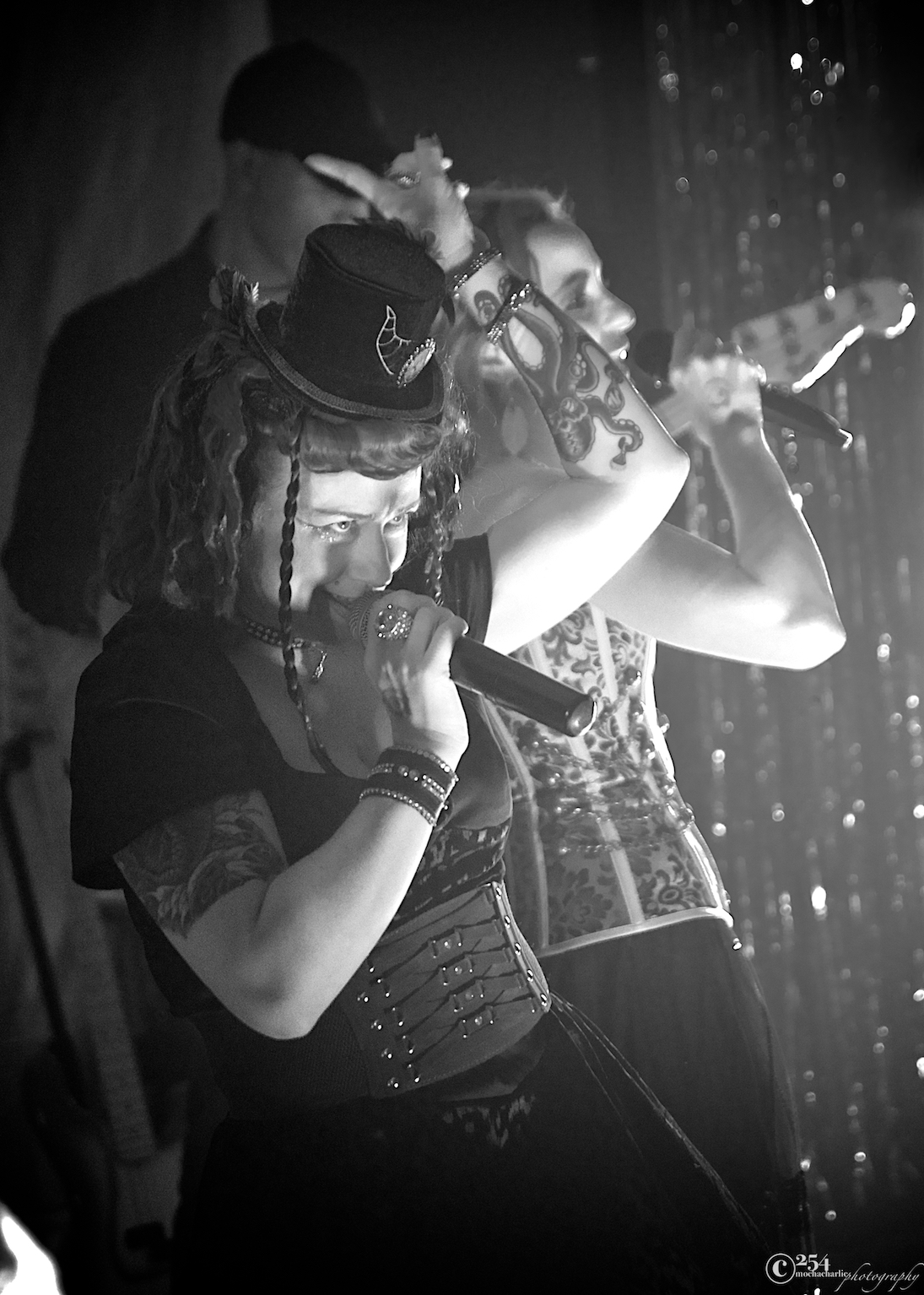 Mocha Charlie is an amazing photographer who has a real passion for music. She covers and shoots several shows per month in and around the region. She a brilliant photo journalist but most importantly, she is also a mother who does her best to balance out her life and live it to the fullest. Mocha Charlie uses her passion and talent to support the community, her friends and family any way that she can.
Related ItemsChaosMocha CharlieNewsSeattle Music HappeningsSODO PopThe Furniture Girls
← Previous Story COHO EP Release show at Barboza
Next Story → Stone Temple Pilots returns to Seattle’s Paramount Theatre