Twinning! Ibeyi Puts On A Killer Sold Out Show At Neumos 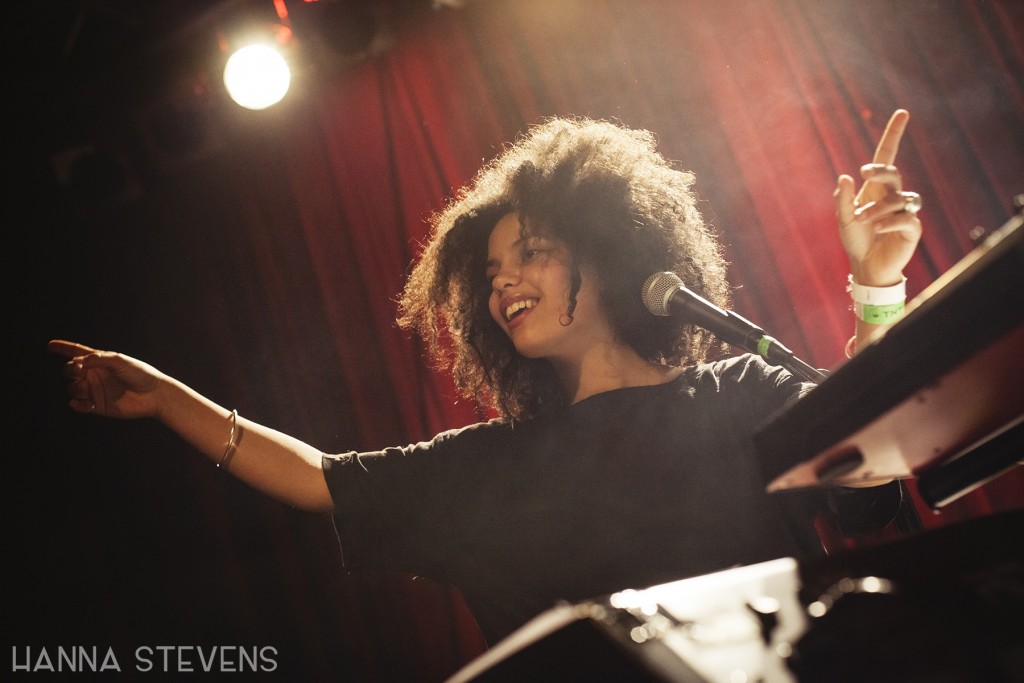 Fearless. This is perhaps the best word to describe French-Cuban twin sisters Lisa-Kaindé and Naomi Diaz. Known as Ibeyi, this electro pop and soul duo displays a dynamic stage presence and talents well beyond their 20 short years. They put on a near flawless set for an attentive and excited crowd at their sold out show at Neumos on April 5.

It is worth noting that this was Ibeyi’s first time in Seattle, and they are in the midst of their first US tour. But the buzz preceding them is high, and they have been selling out almost every show along the way. The crowd was an interesting mix of hip hoppers, Hill hipsters, and an aging handful of hippies. Similarly, the songs themselves were a unique mix of old and new as well, interweaving ancient Yoruba chants, melodies, and Santeria gods along with head bobbing beats, samples, and occasionally booming bass lines.

Although many songs did have an infectious beat, spurring the crowd to bop and dance along, others dealt with much darker or more painful topics, including the death of their father in 2006 and the death of their older sister in 2013. She is immortalized by name in the haunting, achingly beautiful song “Yanira.” These songs had space to breathe, growing and weaving in more elements before dropping away to leave the singers to support themselves with voice alone.

Ibeyi’s music is built upon Diaz’s Afro-Cuban percussion on cajón and Batá drum, and Lisa-Kaindé’s simple keyboard chord work, plus come sparse loops and beats. On top of that rides the sisters’ tight, powerful harmonies. There is something unique about twins singing together, as they are able to literally finish each others sentences and perfectly match the vocal timbre of the other. These are rhythmic harmonies perhaps only twins could sing so naturally.

Interestingly, the Yoruba people have the highest rate of twins in the world, and twins occupy a special place in Yoruba mythology and folklore. Ibeyi embrace their roots, sing of their their gods (orishas), but bring a decidedly modern touch as well, such as on a beautiful cover of Jay Electronica’s “Better In Tune With The Infinite.” The entire show was just the two of them on stage, triggering some loops, but mostly playing live, and sometimes singing completely a capella. This tour must have been a leap of faith, as their eponymous debut album was only released in February, and their style is certainly unique. But they easily won the crowd over with their musical skills and wide, infectious smiles.

The Diaz twins come by their talents honestly. They are the daughters of famed Cuban percussionist Anga Diaz, a member of Buena Vista Social Club (among many other groups). Their mother is French-Venezuelan singer, Maya Dagnino, and their song “Mama Says,” pays tribute to her guidance and the pain of loss. The sisters were born and raised primarily in France, but lived in Cuba for their first two years, and visited their father’s homeland frequently. Their music, therefore, is an amalgamation of rock solid Afro-Cuban percussion, Yoruba folk songs, and catchy hip-hop bass and beats. If this sort of genuine, stripped down, gorgeously global music is growing in popularity, it is a good thing. Ibeyi is an antidote to vapid pop tarts and empty EDM lyrics.

The opener was waifish English folk singer Flo Morrissey. A voice came on the sound system before her set asking everyone to keep volume to a minimum, and it was good they did. She was certainly a very quiet and subdued performer, though at times her voice gave a sense of possible power. The 20-year-old seemed quite young, and could work on crafting a more dynamic stage presence. Her songs were decent, if overly wordy at times. She showed potential, but was largely forgettable.

Still, the crowd did quiet down respectfully. The best part of this is that it primed the audience for the softer parts of Ibeyi’s performance. Neumos was as quiet as it ever gets, reverential, before erupting into enthusiastic cheers after a song’s completion. This was an amazing introduction to the duo’s music and live potential, and they thankfully promised to return to Seattle soon. One song contained the refrain “I’m on my way,” and this show proved that they most certainly are. 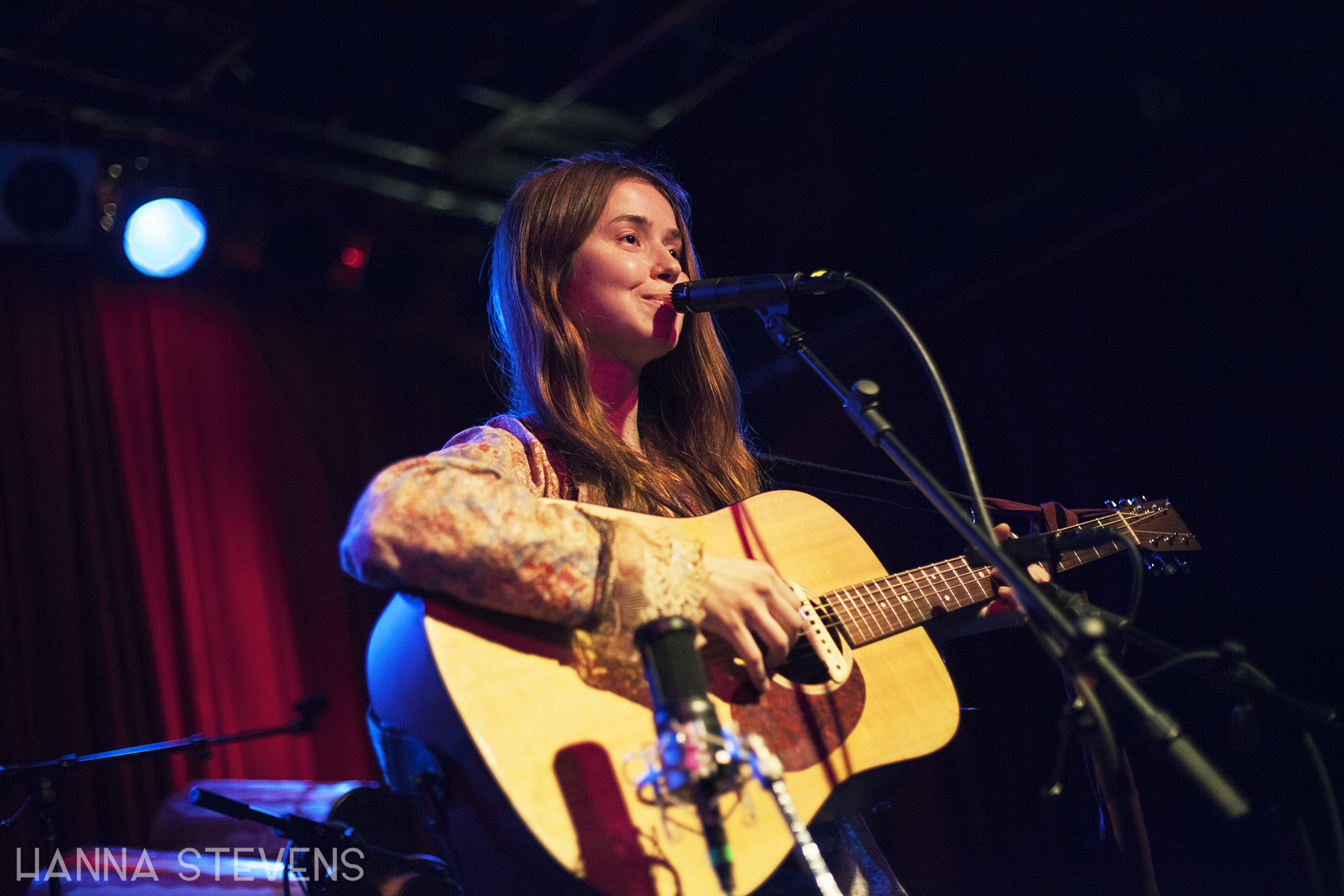 Isaac Kaplan-Woolner is a live music fanatic and radio nerd living in Seattle. When he’s not attending concerts, he works as an assistant producer for the public radio show Travel with Rick Steves. He also volunteers and occasionally moonlights at KEXP Radio, and serves on the board of directors for the nonprofit Fremont Abbey Arts Center. He got his start in radio with a punk show at the tiny 10 watt station WNMH at his highschool in Northfield, MA, then in college volunteered at KBOO radio in Portland, OR, before landing a job as a DJ and news producer at KOHO Radio in Leavenworth, WA. Isaac collects vinyl, gig posters, ticket stubs, and ukuleles. The first CD he bought with his own money (when he was 11) was a used copy of Public Enemy’s Fear of a Black Planet. These days he listens to all sorts of music, though he still has that Public Enemy CD somewhere.
Related ItemsHanna StevensIbeyiIsaac Kaplan-WoolnerNeumosNewsSeattle Live MusicSeattle Music Happenings
← Previous Story Evolution of Allen Stone launches at The Triple Door (MCP Video and Photos)
Next Story → Mushroomhead And Metal Soars At El Corazon (Photo Slideshow)