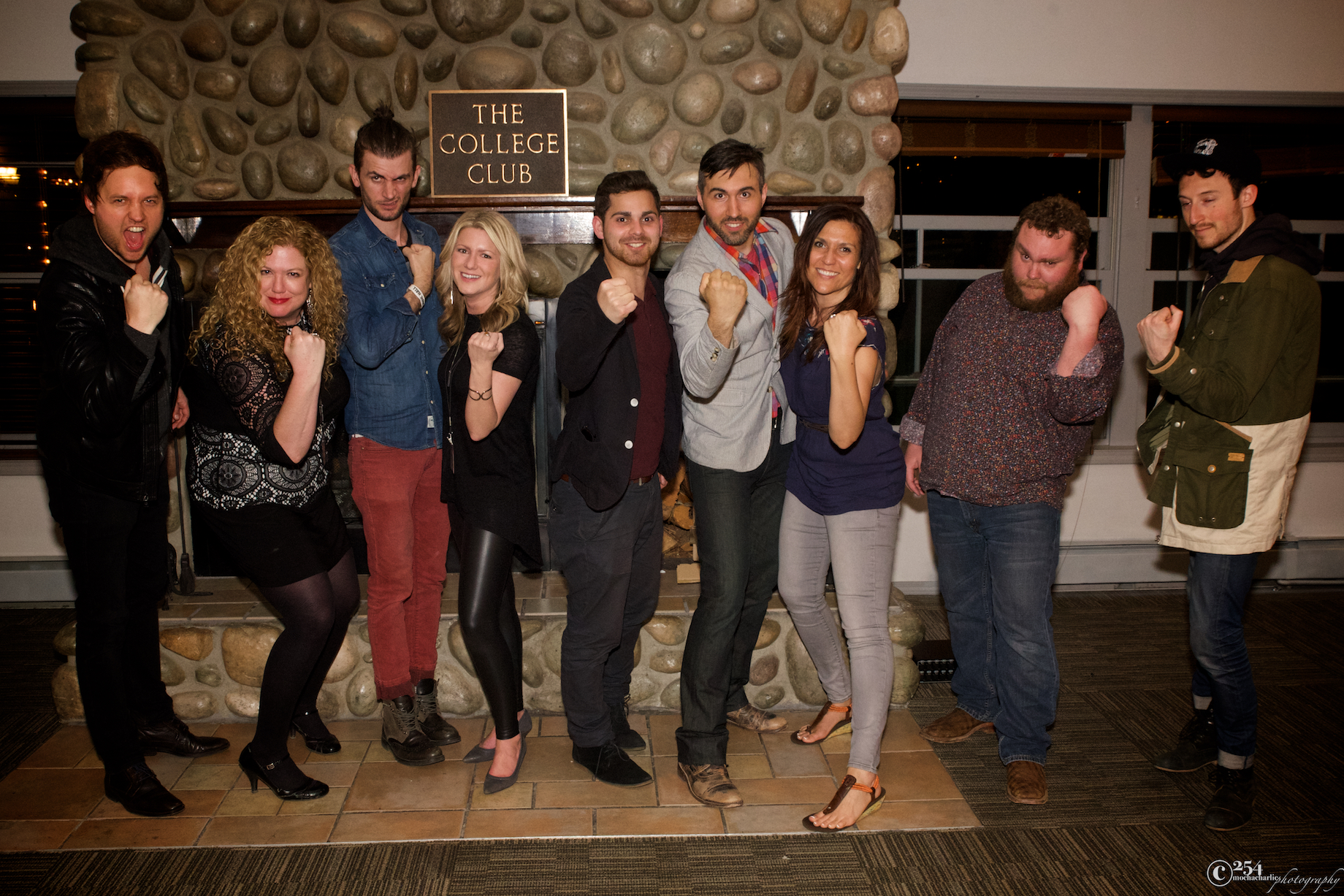 On a beautiful Thursday evening on the shores of  Seattle’s Lake Union, ticket holders were treated to yet another stellar line-up, courtesy of Seattle Living Room Shows (SLRS). The line-up was announced via an SLRS email about five weeks prior, and sold out within a few days.

Opening the evening was Levi Weaver, who is no stranger to SLRS. He’s played numerous shows here, last seen in November as a tour stop on his year-long adventure on the road. He and his wife made the decision last winter to pack up their lives and just, “go.” He played over 200 shows while traveling across the country, living in an RV with his wife and kids. He found no time to write any new material while on the road, instead perfecting his current catalog, sometimes even playing with fewer pedals under foot; creating whole new versions of his familiar tunes. Weaver released Your Ghost Keeps Finding Me last summer. Although once his traveling had ended, and his family planned to finally plant roots in Seattle, they instead relocated to Texas. His goal for the rest of 2015 is to still play more live shows, and to find himself again – just not behind the wheel of an RV – to slow down, get back to writing, and perhaps produce some new music later this year.

The Wicks are in one word, FOLKTASTIC! Husband and wife duo, Pauline and Jedidiah Wick, along with the recent addition of John Charles Ledbetter, are a foot-stomping and highly energetic Dallas trio. With Pauline’s ability to sing in high and low octaves, Ledbetter’s guitar strumming and deep vocal tones, and Jedidiah’s mad skills on both the guitar and mandolin, their songs have the ability to reach highs and lows  and touch heart strings. Originally from Washington, since moving to Texas they have continued to find inspiration for songs through their love of music, family, and friends. SMI has learned that they have positioned themselves with producers, writers, and other musicians that will keep them very busy for the remainder of 2015. Be sure to check their website in the coming months when announcements will be made!

Headlining the show was British singer/songwriter, Nick Howard. This was only his second time playing in Seattle (he opened for Eric Hutchinson at The Neptune in May ’14). Although he moved to the states in 2005, he continued to find success overseas, especially in Germany, Austria, Switzerland and The Netherlands. That success led him to travel back and forth from NYC, and in 2012 he was a contestant on Season 2 of “The Voice Of Germany,” winning 41% of the popular vote and winning the competition. His music can be heard on a variety of television series, and has toured with Tyrone Wells, Gavin DeGraw, Boyce Avenue, and Jack Johnson. Some years, he’s found himself playing upwards of 300 shows, from intimate shows in front of less than one hundred fans, to his performance at Europe’s O2 World Berlin as part of The Voice Of Germany Tour, where he played in front of nearly 17,000 fans. He has produced two full length albums in less than a year, Living In Stereo (June ’14) , and a live album, Live In Stereo (Jan ’15).

Mocha Charlie is an amazing photographer who has a real passion for music. She covers and shoots several shows per month in and around the region. She a brilliant photo journalist but most importantly, she is also a mother who does her best to balance out her life and live it to the fullest. Mocha Charlie uses her passion and talent to support the community, her friends and family any way that she can.
Related ItemsLevi WeaverMocha CharlieNewsNick HowardSeattle Living Room ShowsSeattle Music HappeningsThe Wicks
← Previous Story The Hot Seat: An interview with Kristin Chambers
Next Story → Faith No More at The Paramount: In Bloom