The Hot Seat: An interview with Kristin Chambers

By Christine Mitchell on April 20, 2015@Housetornado37 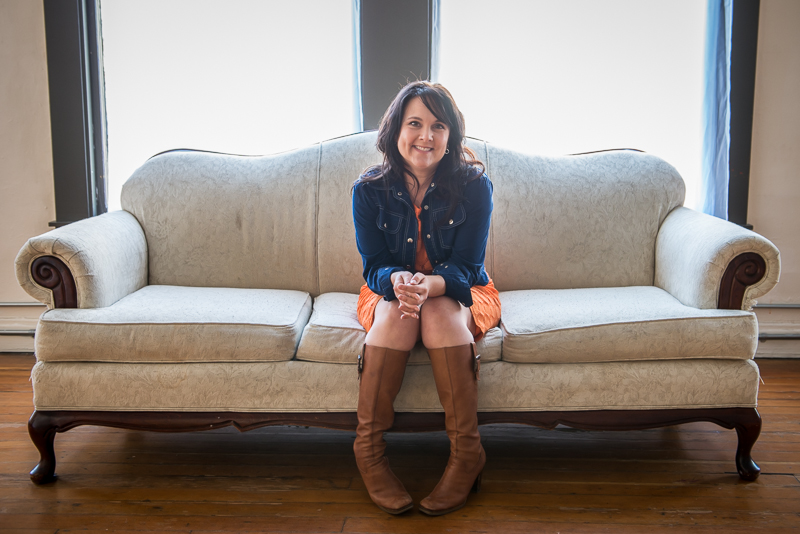 Welcome to this week’s Hot Seat! We start this series off with a sit down with Kristin Chambers for an interview about her music and the Seattle music scene.

When asked about performing live, Chambers describes the recent release of her powerful album  Everything Woman (produced by Eric Eagle) as “important and instrumental in moving me forward as a live performer.”  Chambers’ background in jazz performance and a stint performing in musicals in New York has injected passion and structure as she returns to Seattle, redefining her music and creating Nubble Road Music and Publishing LLC.

Catching Kristin Chambers at the Musicquarium at The Triple Door  on Tuesday April 28th at 8pm is highly recommended.  You can also find more infomation about upcoming shows, purchase music or just learn more about Chambers from her website.  Below is our interview.

How would you describe your music to someone that has never heard?

Lyrically driven singer-songwriter with a rootsy vibe and some bluesy elements.

Where is your favorite place to play in Seattle?

I love the Triple Door Mainstage. It feels warm and open at the same time.  When I am there  I feel like something special is happening.  The sound is impeccable.

How has your performance grown from when you started your professional career?

The biggest and most obvious change is that I am the creator of what I am performing now.  I feel a sense of responsibility and ownership that I didn’t before. It’s more fun for me and way more of a leap of faith.  I think that makes me more real and vulnerable. 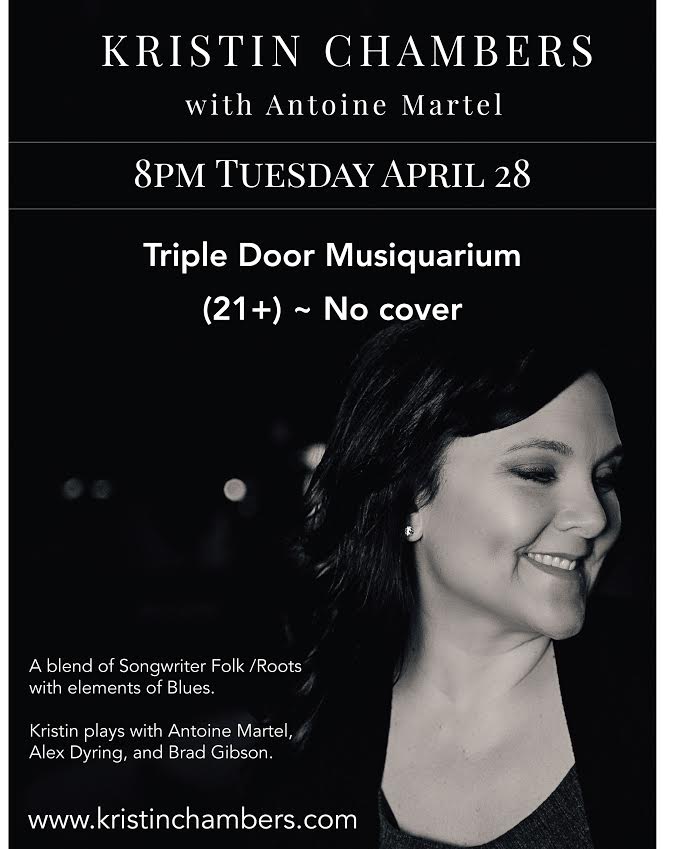 What makes you different from other artists?

Wow. I am like sugar and titanium at the same time.  I’ve worked on my thick skin, but after all these years I still love love it.  That’s the sugar part I still get excited and nervous and feel really blessed.  Oh and I am really silly.

When you’re writing music, what do you look for to really make a strong song?

Each song is different. Sometimes I think the structure is important or a good bridge then other times it may call for a little less structure and it’s more about some lyric or a quirky lick.  To a fault I wait to see that sometimes that takes time.  If it isn’t just a little stuck in my head I worry maybe it isn’t that great I table it.  The best is when it just pours out and it’s written in a hour.  It’s so special and so rare.

Are there any local artists that have influenced or greatly inspired you?

Brandi Carlile for sure.  Also Ian Moore is such a Seattle area gem.

How do you see the Seattle music scene and where can you see it going?

I think Seattle is rich and obviously home to a lot of great musicians.  It can be a bit of a tough nut to crack, because people around here know what they like for sure.  Seems like things are building again, as there was a lull during the recession.  I think people are going out again.  That’s obviously good for a live playing artist.

What do you do in the local community?

I teach and coach singers.  It’s really rewarding to see people grow and conquer their fears.  Singing as an instrument is so vulnerable.  I have learned a lot from teaching.

If not for music, I would be:

A Surgeon, because that would mean I was calm and collected and smarter.

Bret Gardin is the sickest vocalist around.  Oh and Milky Burgess of the Yada Yada Blues Band.

Does it really rain in Seattle?

Yes, but not like when I was a kid.

Christine Mitchell has been poring over album liner notes pretty much since she acquired the skill of reading, and figured out the basic structure of rock songs at an early age. Whether it’s the needle popping into the first groove of the record, the beeps that signal the beginning (or end) of a cassette tape, or digital numbers ticking off the seconds from zero, music brings Christine happiness, ponderous thought, opportunities for almost scientific study, and sometimes a few tears. When she started attending live shows two decades ago, a whole new piece of the puzzle clicked in and she has been hooked ever since.
Related ItemsKristen ChambersMatthew LambNewsSeattle Music HappeningsThe Triple Door
← Previous Story Evolution of Allen Stone launches at The Triple Door (MCP Video and Photos)
Next Story → Seattle Living Room Shows Does It Again!