Home / Reviews / Local Artists / It Was a Wilde Night at Barboza!

It Was a Wilde Night at Barboza!

By Robin Fairbanks on May 15, 2015@robinfairbanks 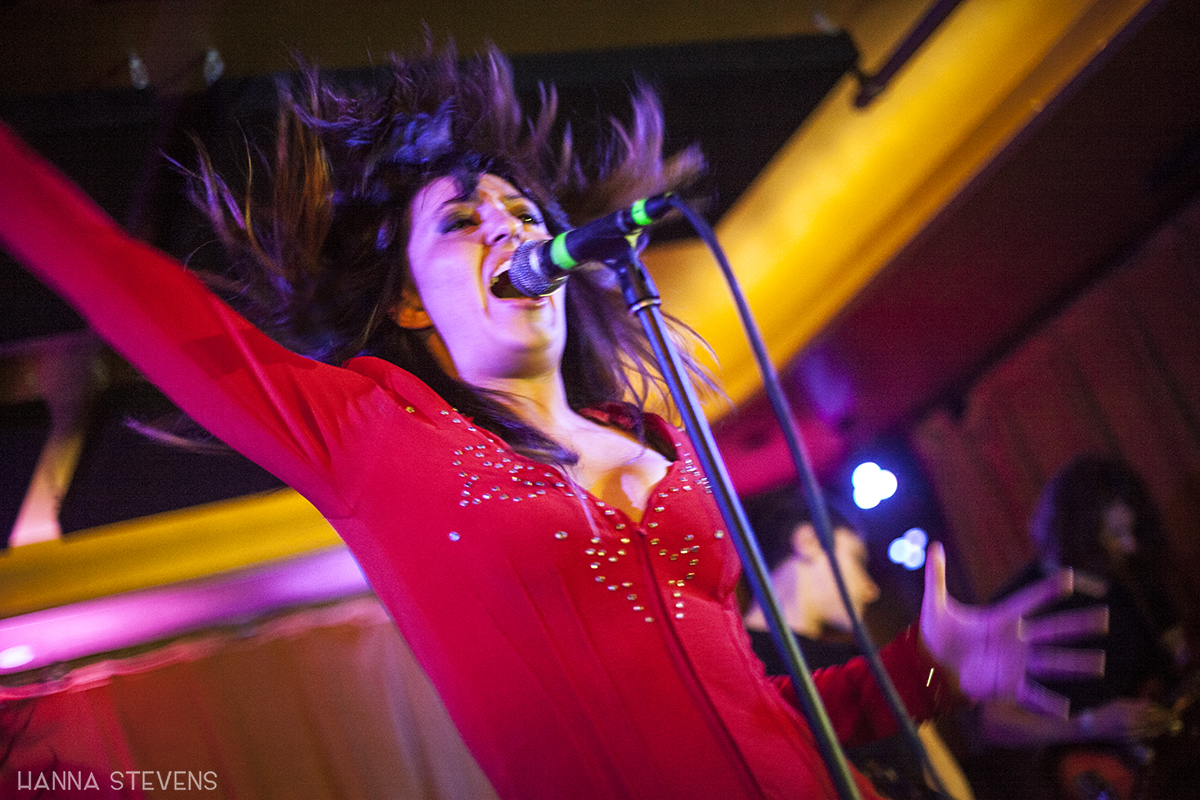 Megan Wilde is a force to be reckoned with. She hit the Barboza stage on Friday May 8th in a skin tight red romper and cutout stilettos, and like a musical matador, showed Seattle who’s boss!

Wilde jumped right in with the gritty, bluesy burner “Spoonful” by Willie Dixon. It’s jangly, raw, and seductive and featured backup singer/dancers Esther Rose Bentson and Sophia Tolentino along with Wilde in some Tina Turner-esque choreography with a dirty little twist that lit up the room and the crowd who drifted closer to the stage.

When you make such a strong entrance you have to wonder how you can top it but Wilde moved over to the keys and was joined on stage by R&B/Island Soul trio Peacemaker Nation in a moving gospel rendition of the Wilde tune, “This Time.”

Not only is Wilde a quality artist, but she surrounds herself with a band of talented and respected NW artists that are interchangeable. On this night she was joined by: Harry Wirth-bass, Lars Haakenstad-guitar, Anthony Burns-drums, and famed organist Roger Wood (Stevie Wonder, The Rolling Stones).

Flow is important in any show, choosing your song order is an art that can make or break a set and hold a crowd… or not. Wilde moved from rockers to ballads, front and center from mic and tambourine to keys seamlessly. She sings every song like it’s her last time. Today’s musical act need to have a high entertainment value if they’re going to grab a fan’s dollar, and Wilde knows how to work a room. The crowd came alive, reminiscent of a scene out of Dirty Dancing where Johnny and the other resort dancers throw secret underground after-hour parties with scandalous, socially unacceptable dance moves. Well, Barboza was underground, and the effects of alcohol were clearly showing as some sexually charged and liberating moves were happening on the dance floor. Luckily you didn’t have to carry a watermelon for entry. At one point, Wilde herself jumped off the stage (not easy in stilettos), to shimmy with the throngs of hip thrusters to the delight of the crowd.

Megan closed the night with an anthem to women called, “Bad Bad Woman” which she dedicates to all the strong and independent ladies in the audience and then asks women to repeat after her, “I’m a strong woman, I’m a bold woman, I’m a bad woman” where she launches into a vocal ladder call and response with the audience before closing with some dirty guitar riffs and final downbeat.

Another notable moment, the encore was a unique pairing of Soul Belter and Opera Diva with longtime friend CaitlinMarie Victoria Anderson-Patterson guesting on “Steam.” You’re not going to hear anything like this at your average concert but Wilde is classically trained having attended the prestigious Interlochen Academy of Fine Arts and she pulls together two musically different stylings that would normally collide but instead for a moment in time coexist in a world of their own which goes to show you, music is universal and not bound by rules. 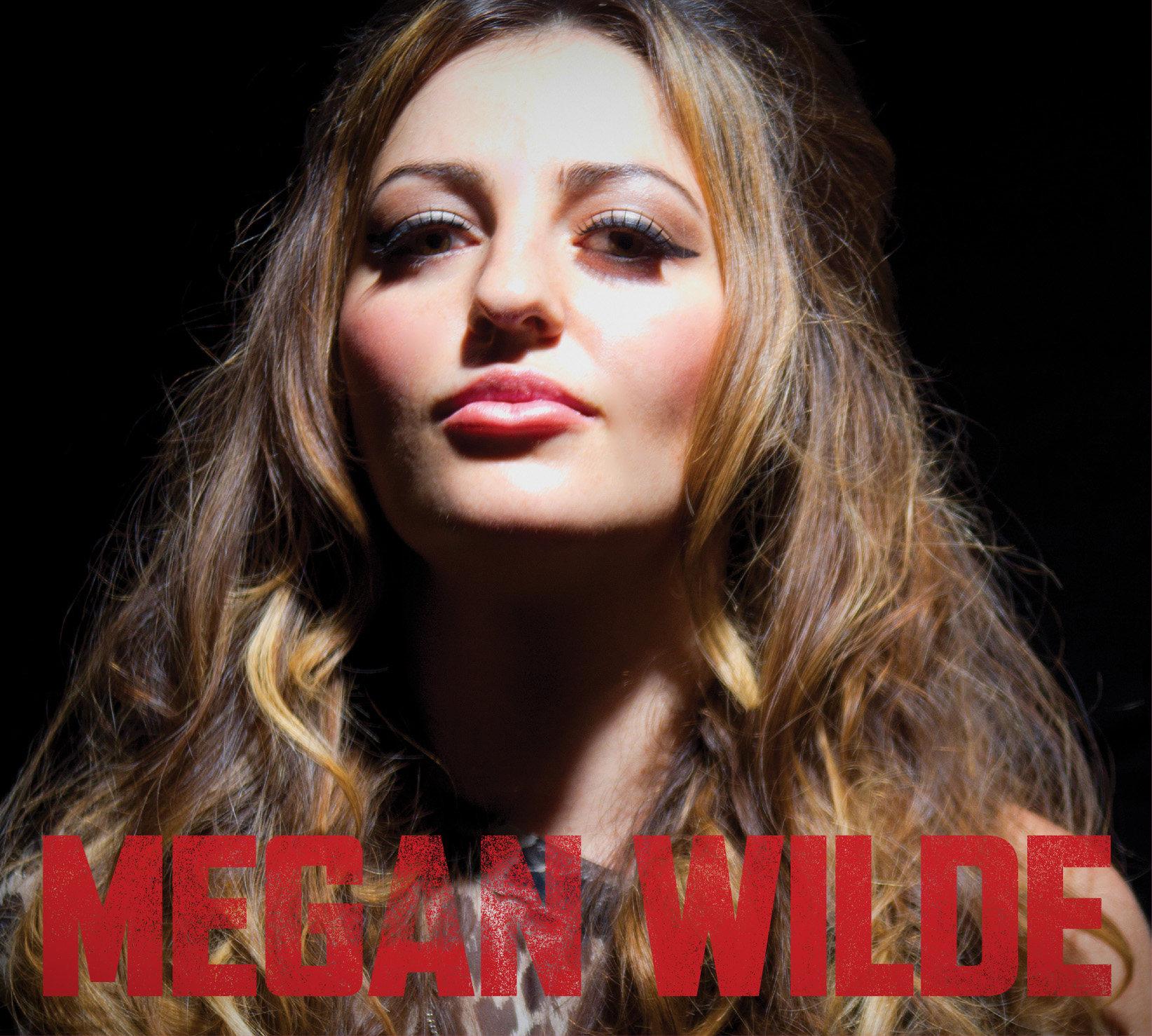 Wilde’s 4-song EP Wildfire, releases on iTunes and the worldwide web on May 19th and the official video of her new single “Runaway Romeo” releases on May 18th. Wilde’s pre-release is getting rave reviews and she is being hailed as a fierce force in the R&B/Soul scene and could very well be right behind Allen Stone as Seattle’s next R&B/Soul breakout artist. These two would be a soul dream team. Wilde’s music is cinematic and has been compared to: Aretha Franklin, The Black Keys, Adele, and The White Stripes. Wildfire was recorded at London Bridge Studio in Seattle and mastered by Grammy nominated Howie Weinberg.

SMI is honored and excited to Premiere the exclusive debut of Megan Wilde’s new single “Runaway Romeo”, a tale of two young lovers on the run from the law with Black Keys-styled guitar and Raelettes inspired harmonies.

Opening band,  A String of Pearls is comprised of members who play in other notable NW bands and such as Sundries and Thunderpussy and this was their 2nd show. They show promise and played mostly low-mid tempo songs lead by talented lead singer/songwriter, Sadie Ava. They describe their sound as, “soul pop for androgynous loners in the middle of the night.”

Big World Breaks, featuring Camilla Recchio was the 2nd act. Camilla was recently signed by Sportn’ Life Music and was backed by BWB who utilizes four core members as a nucleus amongst an ever-growing support roster of artists. Camilla has sung with the Total Experience Gospel Choir which eventually led to her singing on Macklemore & Ryan Lewis’s “The Heist.” It will be interesting to watch how Sportn’ Life Music develops her now that she is under their wing. 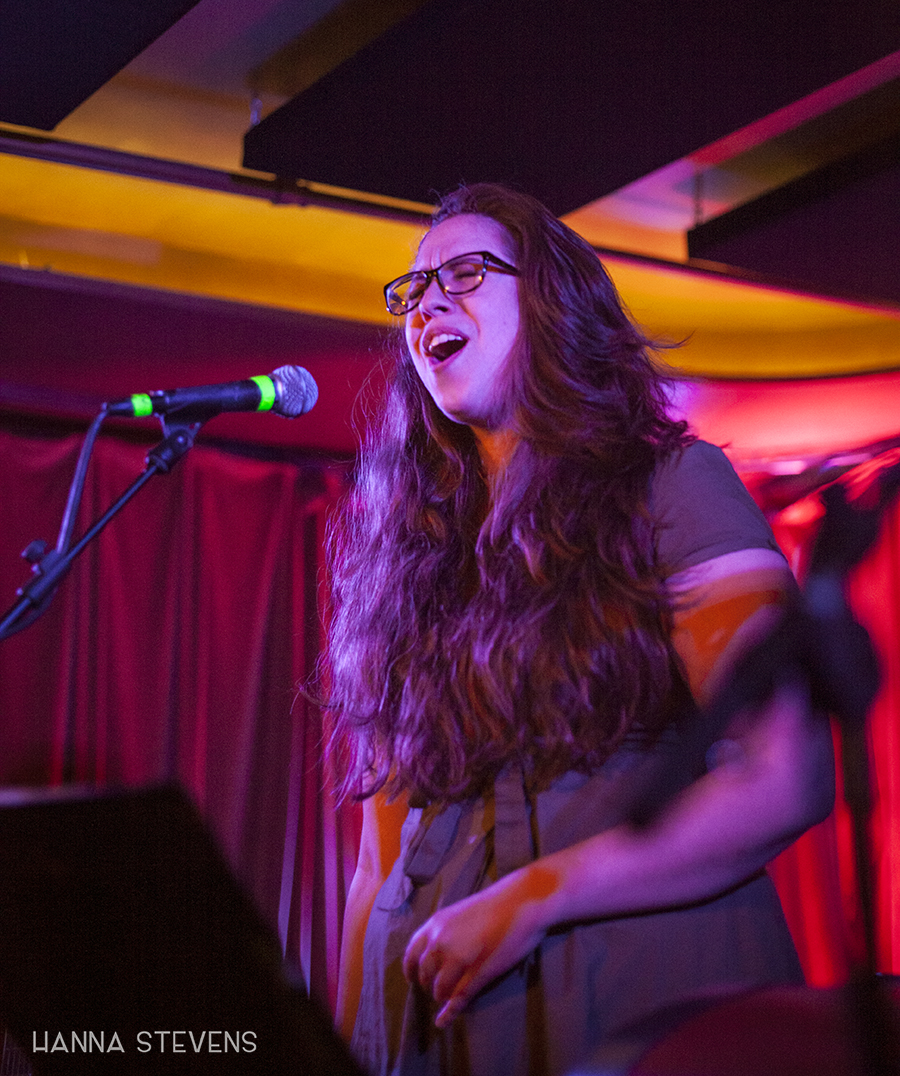 Robin Fairbanks has spent 30+ years in the Music Industry in many capacities. Working in the Seattle music scene since 2006 as a Manager/Booker, she’s known for her ethics and artist development skills. Robin has guided the careers of many, but most notable as the former Manager of Seattle Garage/Blues band Fox and The Law for 3.5 years. Robin has spent the last 2 yrs consulting with Artists who seek her help as a Music Consultant and Publicist with Setlist Music Solutions LLC. She also gives of her time as an advisor to Seattle Wave Radio, an Internet music station where she helped shape its sound as the ROCK Channel Music Director for 2+ yrs upon its launch in 2010 and where you’ll find her music blog, “Bird On A Wire“. In 2014, Robin also worked as a Contributing Music Writer for Guerrilla Candy.
Related ItemsA String of PearlsBig World BreaksFeatureHanna StevensLocalMegan WildeNew Music PreviewNewsRobin FairbanksRunaway RomeoSeattle Music Happenings
← Previous Story Raise your glasses…Champagne Champagne reuniting for Doe Bay Fest
Next Story → U2 – Innocence + Experience in Vancouver