Passion Pit digs in deep at The Showbox (Photo Slideshow)

By Alicia Kamenick on May 22, 2015@corianderstem 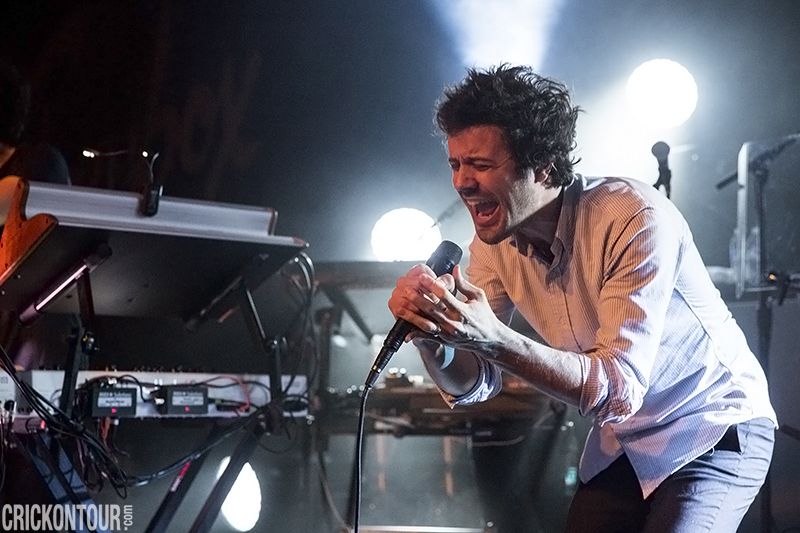 Passion Pit at The Showbox (Photo by Alex Crick)

A sold-out, all ages crowd packed The Showbox Tuesday night for the first of two shows by Passion Pit, dancing and singing along to the band’s deceptively cheerful electronic pop. Singer Michael Angelakos’s distinctive falsetto could be considered their signature sound, but behind the sheen of the beats and synths lie some pretty dark topics (depression, substance abuse, a little self-loathing). Still, the songs are nearly impossible to resist, resulting in an energetic, crowd-pleasing show.

The Massachusetts band (technically consisting solely of Angelakos, but supported live by five musicians) released their third album Kindred earlier this year, and the set balanced some of the best songs from each release.

What Angelakos might lack in audience interaction, he makes up for in his frenetic energy, exhorting the fans to sing and dance often – not that they needed much encouragement. Aside from a subdued reaction to a mid-show slow-down with “Looks Like Rain” and “To Kingdom Come,” the enthusiasm from the fans continued throughout the show.

While the new songs were well-received, the biggest reaction was to the fan favorites from the first two albums – “Little Secrets” and the encore “Sleepyhead” from debut album Manners, and “Take a Walk” and “Carried Away” from 2012’s Gossamer.

LA band Holychild opened the show, setting the mood for the night with their fun, percussion-heavy pop. The crowd happily cheered for the familiar “Running Behind” (thanks to its appearance in an Apple Watch ad), but the band appeared genuinely surprised and appreciative of the response to their entire set. 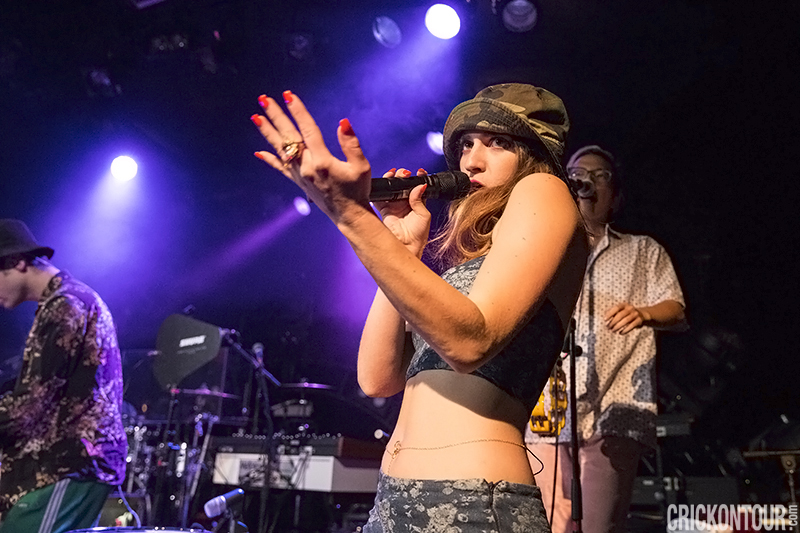 Setlist:
Little Secrets
Lifted Up (1985)
Whole Life Story
Cry Like a Ghost
Mirrored Sea
Where the Sky Hangs
Make Light
Five Foot Ten (I)
Looks Like Rain
To Kingdom Come
All I Want
I’ll Be Alright
Constant Conversations
The Reeling
Carried Away
Until We Can (Let’s Go)
Take a Walk

Alicia is a Midwest transplant who loves Seattle but misses thunderstorms. Her musical obsessions began when her coolest aunt gave her a copy of K-Tel’s Rock 80 album for Christmas when she was 7. She spent many years studying piano and voice, but the force of rock and roll won, so while she still sings in a local chorale, her true musical passions lie more with The Beatles than with Beethoven. When she’s not working at her job in HR, she can be found singing bad pop songs at the top of her lungs … although sometimes she does that
Related ItemsAlex CrickAlicia Kamenickconcert reviewFeaturePassion PitSeattle Live MusicSeattle Music HappeningsThe Showbox
← Previous Story U2 – Innocence + Experience in Vancouver
Next Story → Hiatus Kaiyote ignites Seattle debut