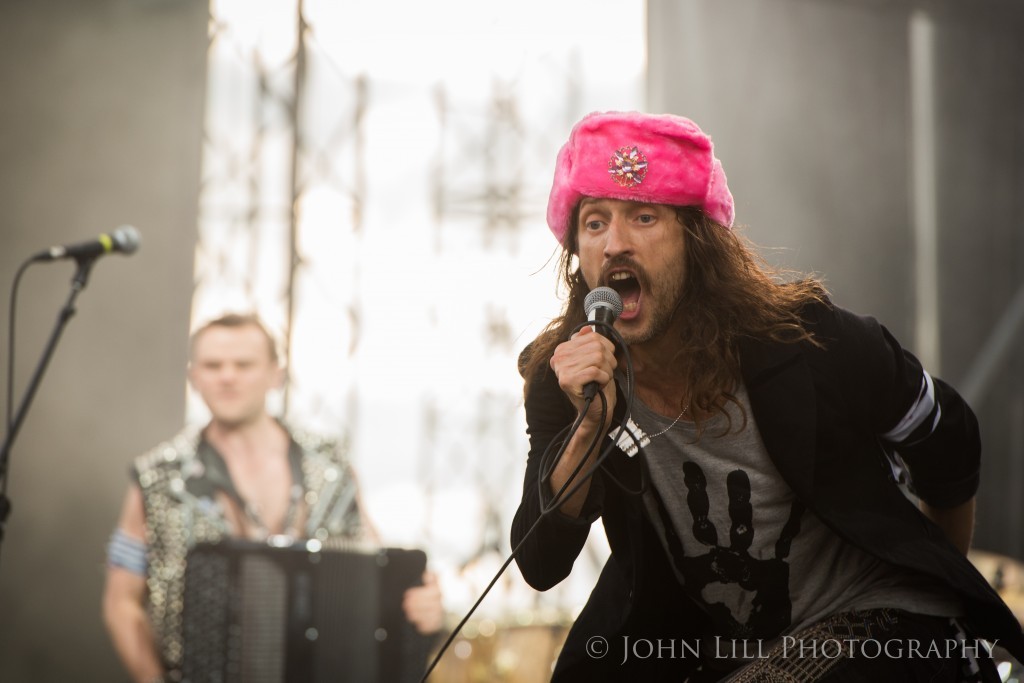 Sasquatch! day one kicked off at The Gorge Friday and some top local talent was on hand to get the festival started off right. Two Seattle favorites, Ayron Jones & The Way and Thunderpussy put on electric performances.

Our own John Lill is working hard roaming the festival grounds to capture a lot of the action. Below, are some of John’s photos from Sasquatch day one, featuring: Action Bronson, Blank Range, Flume, Little Dragon, Mother Mother, Ought and another Northwest favorite, Sleater Kinney, who are flying high since their recent reformation after being absent from the scene for several years.

Gogol Bordello, delivered what would have to be one of, if not the most powerful performances of the day. This multi-national outfit combines gypsy punk, dub and other influences to create a highly energetic and eclectic sound – filed with highly charged and socially relevant political lyrical content.

Not only is he a multi-media journalist, he is also an accomplished musician. He is the founder of SMI and drives the creative look, feel and branding for the publication. His years of writing, arranging, and performing live music in a variety of genres inform his ability to communicate the message and the mechanics of music. Roth’s work on SMI reflects his philosophy that music is the universal language, and builds community. He believes it has the power to unite people of every race, religion, gender, and persuasion.
Related ItemsAyron Jones and The WayBlank RangeFeatureFestivalsFlumeGogol BordelloGreg RothJohn LillLittle DragonMother MotherOughtSasquatch! Music FestivalSeattle Music HappeningsThunderpussy
← Previous Story Hiatus Kaiyote ignites Seattle debut
Next Story → Sasquatch! 2015 Music Festival Day 2 Photo Highlights