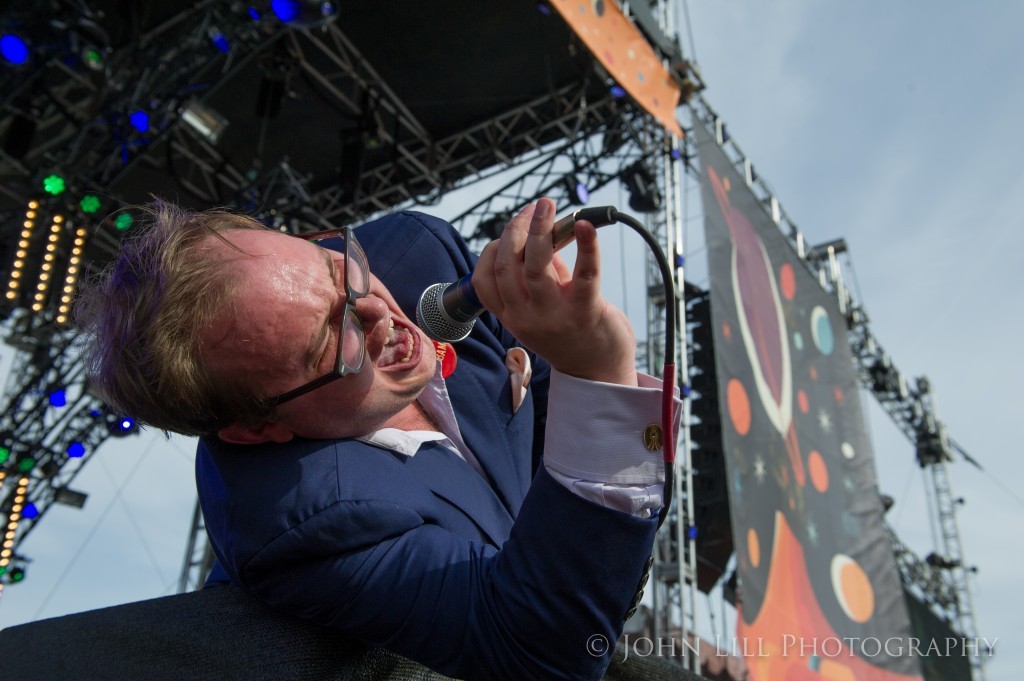 Sasquatch! 2105 day three is in the books. SMI’s John Lill was hanging tough on day three, traversing throughout The Gorge  grounds, drinking water from the musical fire hose and capturing some brilliant highlights and moments throughout the day.

St. Vincent, returned to Sasquatch! for the first time since 2012 and delivered her patented guitar pyrotechnics throughout the set. St. Vincent (AKA “Annie” Clark) featured a heavy dose of material from her newest self-titled release. Gone was the silver/blond locks she has sported over the course of the last year, she was back to black and as always, a true technician on the guitar.

Another standout who won the day was St. Paul & The Broken Bones. If Sam Cooke and The Rolling Stones had a baby, the result may be something like St. Paul and The Broken Bones. In fact, the man and his band will be opening for The Stones in Atlanta in June. The Birmingham, Alabama native looks like an accountant and sings a little like Cooke himself, with a little Wilson Pickett and Otis Redding thrown in for good measure. Those ingredients have the makings for an engaging performer and artist who uses his own songs and style to pay tribute to the soul greats who inspired and influenced him.

Not only is he a multi-media journalist, he is also an accomplished musician. He is the founder of SMI and drives the creative look, feel and branding for the publication. His years of writing, arranging, and performing live music in a variety of genres inform his ability to communicate the message and the mechanics of music. Roth’s work on SMI reflects his philosophy that music is the universal language, and builds community. He believes it has the power to unite people of every race, religion, gender, and persuasion.
Related Itemsblack whalesFeatureFestivalsGreg RothJames BlakeJenny LewisJohn LillJose GonzalesMy GoodnessQuiltRoyal BloodSasquatch! Music FestivalSeattle Music HappeningsShovels and RopeSt. Paul & The Broken BonesSt. VincentStrand of OaksTemplesTwin Peaks
← Previous Story Sasquatch! 2015 Music Festival Day 2 Photo Highlights
Next Story → Sasquatch! 2015 Music Festival Day 4 Photo Highlights