Home / Reviews / National / Global Artists / Sold Out Seattle Crowd SING IT ALL AWAY With Walk Off The Earth!

Sold Out Seattle Crowd SING IT ALL AWAY With Walk Off The Earth! 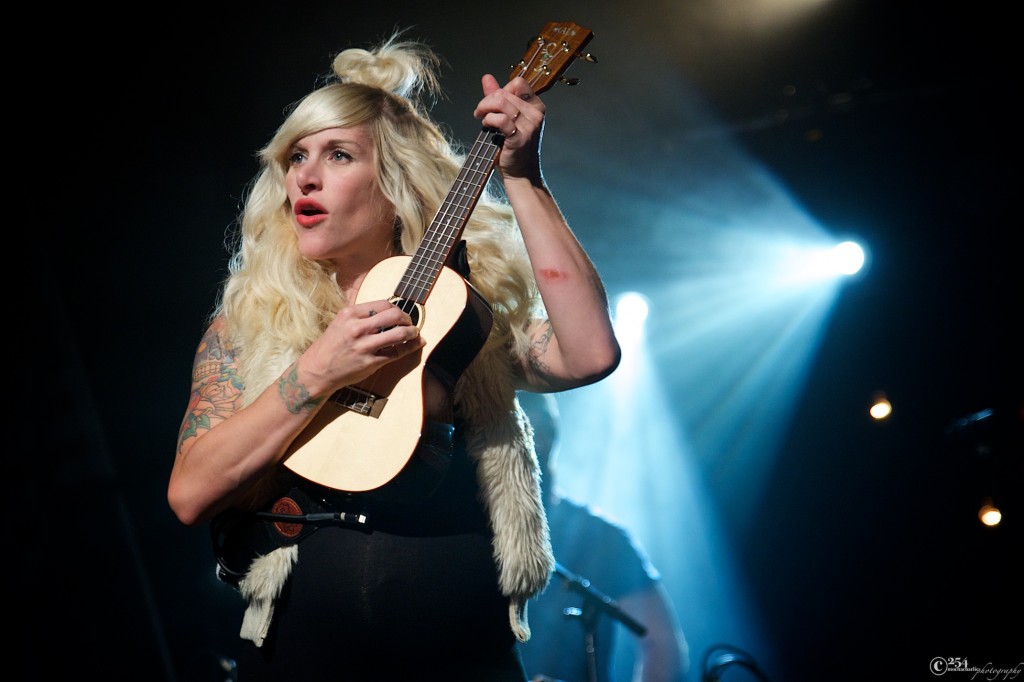 Fans of Walk Off The Earth (WOTE) are getting a sneak peek of the band’s sophomore CD, Sing It All Away, on their current US tour. Those familiar with their style (with over 200 million YouTube views to their credit) know that band members play multiple instruments on stage, sing, dance, interact with the crowd, and put unexpected twists on the cover songs they perform.

Saturday night’s sold out show at The Showbox included songs off their upcoming CD, as well as fan favorites off their first CD, R.E.V.O.. Singer Sarah Blackwood ( who is 7 months pregnant) performed the show flawlessly, as did the rest of the band. They tour with their WOTE crew, who not only act as stage hands, some perform on stage as well as assist in the catching of tossed instruments that are no longer needed on stage.

Their new songs are catchy, exude fun, and fit well within their catalog of songs. At one point, the PA system went down, yet the band continued to play, and the crowd picked up the slack and sang the lyrics as loud as they could. A stand out during the show was Blackwood’s lead vocals on the band’s unique version of Madonna’s “Material Girl,” which included multiple percussion instruments, a tambourine, banjo, and the infamous cow bell. Included in the encore was their rendition of Gotye’s “.” With the new CD set to release June 16, those who pre-order on  iTunes will get three of the twelve instantly, including the first single,

This current tour, which includes fellow Canadian musician Scott Hellman, who opens the show, will end on June 6 before the CD is officially released. WOTE will take some time off this summer, (Blackwood is due with her second child this July), and then the band will tour extensively again in Europe starting in October.

Mocha Charlie is an amazing photographer who has a real passion for music. She covers and shoots several shows per month in and around the region. She a brilliant photo journalist but most importantly, she is also a mother who does her best to balance out her life and live it to the fullest. Mocha Charlie uses her passion and talent to support the community, her friends and family any way that she can.
Related ItemsgoyteMocha Charliesarah blackwoodscott hellmanSeattle Music HappeningsShowboxsing it all awayWalk Off The Earth
← Previous Story Barry Manilow Stuns One Last Time
Next Story → “SMI Around The World”: Joe Driscoll and Sekou Kouyate The Triple Door