By Jessica Kaminski on June 8, 2015@jerkaminski 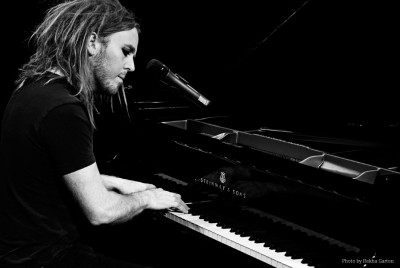 Tim Minchin’s show at The Moore Theater on June 12, is a must-see. While not a household name, there is a good chance that most are familiar with his exceptional body of work. Hailing from the land down under, Minchin has carved out a niche for himself with a unique brand of musical comedy. Drawing from diverse genres, Minchin’s songs are grounded in solid musicianship and throw some unexpected punches.

Not afraid of tackling tough conversations, Minchin’s song “Prejudice” is an outstanding example of his ability to use music to convey a powerful message by addressing a topic head-on.  The June 12 show will be a rare opportunity for Seattle to witness Minchin’s impish and mischievous charm in the flesh.

As with any creative endeavor with a well defined point of view, Minchin’s particular flavor of comedy is not the bland, mass produced variety intended to appeal to the lowest common denominator of palettes.

Raised in central Wisconsin, I felt like I had found home when I moved to Seattle in 2006. I was immediately captivated by the local music community and love discovering new and old music by the talented artists in the PNW. I also really really like baby goats and am a sucker for cheese.
Related ItemsFeatureJessica KaminskiSeattleThe Moore TheaterTim Minchin
← Previous Story It Was a Wilde Night at Barboza!
Next Story → SMI New Music Preview: The Mama Rags (Video)