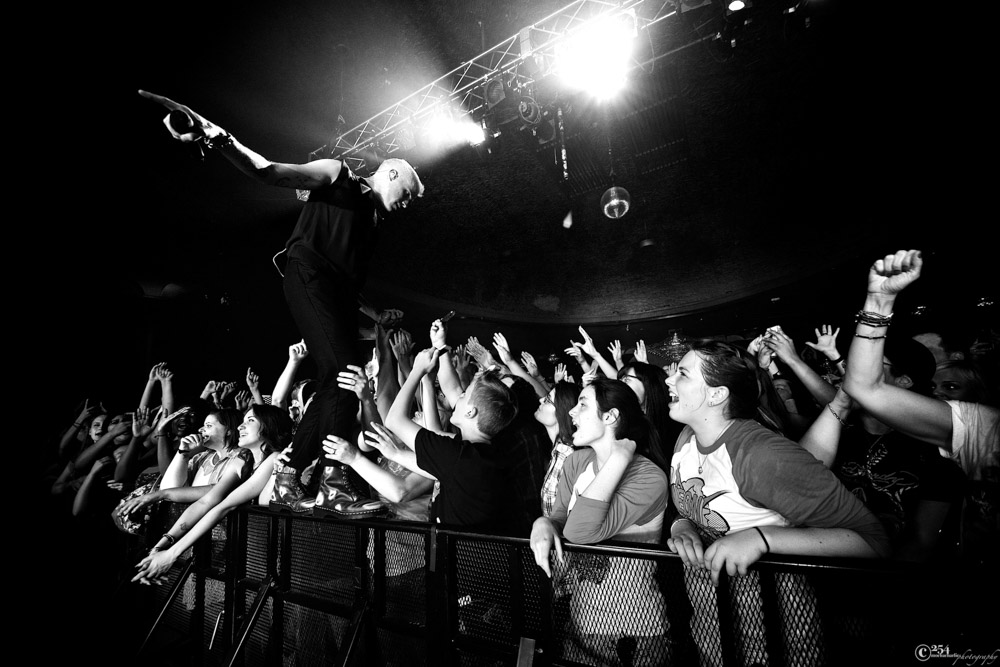 Saturday night,  Neon Trees chose to begin their recent 29-city North American tour in Seattle at The Showbox. Lead singer, Tyler Glenn mentioned that he knew it was the right place to start because of the warm welcome fans have always given them. They last performed in Seattle during Bumbershoot over Labor Day weekend in 2014.  Touring in support of their latest album, Pop Psychology, and having a song catalog that dates back nearly a decade, the band had plenty of material to pull from for their set.

Filling the middle slot for this leg of the tour was New York-based singer, Alex Winston, a classicaly trained opera singer, whose music has appeared in national commercials for Hyundai, and TJ MAXX. Often compared to the sounds of PJ Harvey and Kate Bush, Winston has previously toured with Gotye, Edward Sharpe and the Magnetic Zeros, and Grouplove, as well as touring solo. Her last full length CD, King Con, was just released last year, and she is planning on releasing another CD this fall.

Opening the show was Yes You Are, a five piece band hailing from Kansas City. Lead singer, Kianna Alarid, is an intense singer by those around her. She plays no instruments, but instead uses her voice and the movements of her body to evoke the passion of each song she sings. YYA‘s online presence is highly secretive. As a fairly new band, they may be taking a gamble with that strategy, but they say that once their first full length project gets released (no specific date yet), you’ll be ready to embrace them.

Of all the shows happening throughout the city over the weekend, Melodic Caring Project chose Neon Trees’ show to stream to kids in hospitals. The stream was open to all who logged in via their website, including four kids in various hospitals throughout the US. Be sure to follow their social media pages for links to future events.

Mocha Charlie is an amazing photographer who has a real passion for music. She has her finger on the Pacific Northwest music pulse. She covers and shoots several shows per month in and around the region. She a brilliant photo journalist but most importantly, she is also a mother who does her best to balance out her life and live it to the fullest. Mocha Charlie uses her passion and talent to support the community, her friends and family any way that she can.
Related ItemsFeatureMelodic Caring ProjectMocha CharlieNeon TreesThe ShowboxTyler Glenn
← Previous Story “SMI Around The World”: Joe Driscoll and Sekou Kouyate The Triple Door
Next Story → Tommy Simmons Headlines The Triple Door & Debuts New Songs!