Home / Artist Spotlight / Bootsy Is Coming to Seattle To Funk You

Bootsy Is Coming to Seattle To Funk You 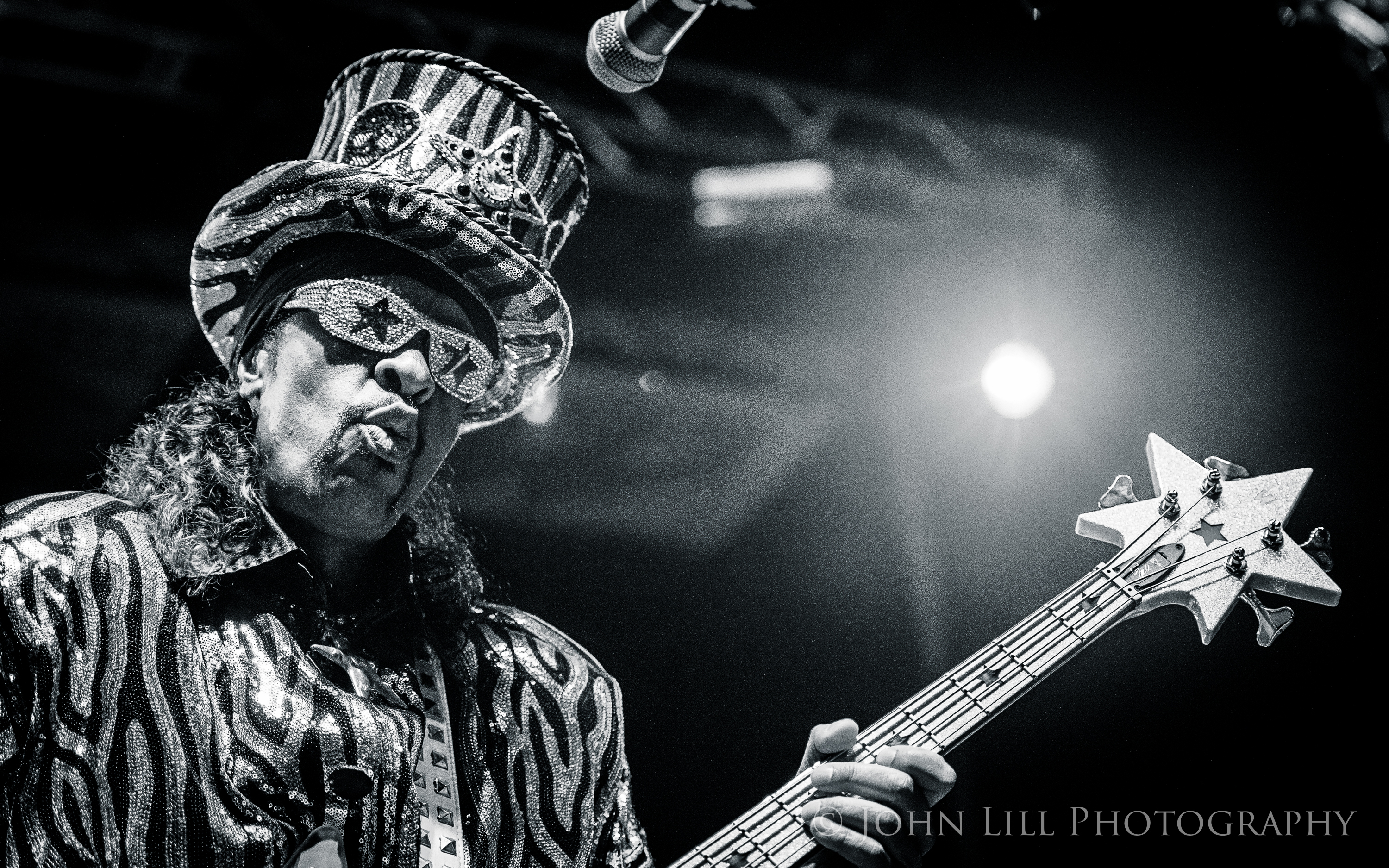 Ahh…The name is Bootsy baby and he is here to funk you my dear!

Bassist Bootsy Collins is a bad man with an impressive pedigree and resume. His mainstream funk journey started with James Brown. And, although he only worked with the Godfather of Funk for a little under a year, Collins played on some of Brown’s most signature numbers like, “Get Up (I Feel Like Being a) Sex Machine,” “Bewildered (1970),” “Super Bad,” “Soul Power,” and “Talkin’ Loud and Sayin’ Nothing.”

The Cincinnati native and the Rubber Band made five records together and have continued to perform and delight audiences around the globe. When possible, they join former colleague Clinton onstage for some P-Funk classics.

Underneath his larger than life persona, star bass and star sunglasses, lies the heart and soul of a real artist whose solid chops, unique tunings and disruptive style have endeared him to many aspiring players and funksters. Along with Larry Graham (Sly and The Family Stone), Verdine White (Earth, Wind & Fire) and the recently deceased Louis Johnson (The Brothers Johnson), Collins is considered one of the most innovative and technically proficient funk bassists in history.

Collins and his merry band of funkateers, put on a brilliant performance last time they were in town, playing Bumbershoot 2013. He and his Rubber Band will return to Seattle Monday night, June 22 to play the The Neptune.

Tickets for that show are available here 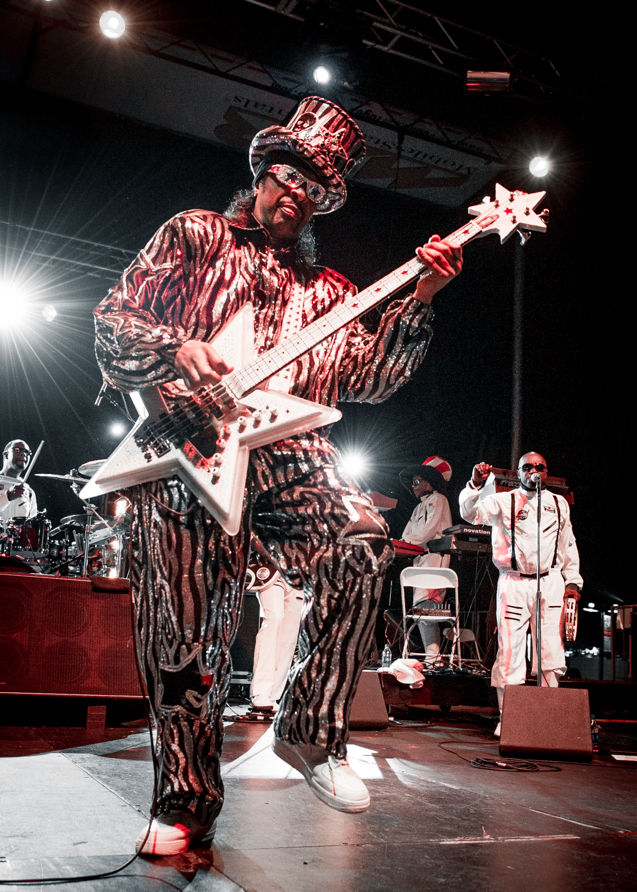 Not only is he a multi-media journalist, he is also an accomplished musician. He is the founder of SMI and drives the creative look, feel and branding for the publication. His years of writing, arranging, and performing live music in a variety of genres inform his ability to communicate the message and the mechanics of music. Roth’s work on SMI reflects his philosophy that music is the universal language, and builds community. He believes it has the power to unite people of every race, religion, gender, and persuasion.
Related ItemsBootsy's Rubber BandFeatureFunkadelicGeorge ClintonGreg RothJohn LillP-FunkParliamentSTG PresentsThe Neptune Theater
← Previous Story SMI Radio Ep.110 On Demand: Super Jam and Stephen Graham & Ryan Crowther (Everett Music Initiative)
Next Story → Writing His Way, Greg Holden Will Chase The Sun & His Dreams