Writing His Way, Greg Holden Will Chase The Sun & His Dreams 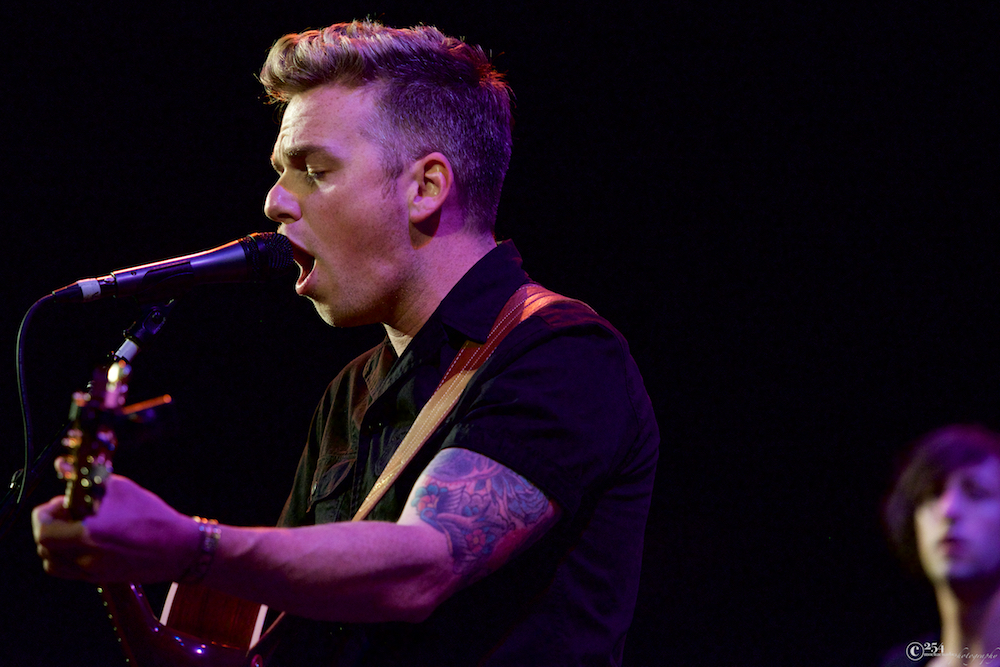 Scotland born, Greg Holden’s life-long goal growing up was to move to New York City. After accomplishing that in 2009, and stepping onto the US music scene, he hasn’t stopped playing music, touring with friends, and chasing his dreams. His first national tour was with Brooklyn based, Ingrid Michaelson, and she’s been following his career ever since. When it was time for her to book her “A Summer Night Out Tour,” she called upon both Jukebox The Ghost, and Holden to support it.

After spending seven weeks in Indonesia last year, Holden returned to NYC inspired, invigorated, and ready to write the songs for his latest album, Chase The Sun. He doesn’t write while on the road; yet, his writing comes from feelings, places, people, and images that he takes from his travels, recalling his memories that he hopes will translate into songs.

With the success of his song, “Home” (written for Phillip Phillips, co-written with Drew Pearson), he continues to find that collaborating with other writers, as well as writing on his own, is still a method that works for him. He also continues to write songs intentionally for other musicians that he doesn’t sing or produce as his own.

“When I’m writing for other people,” he says, “there’s a disconnect that happens with my heart and the music.” He has since co-wrote an additional song for Phillips (“Can’t Go Wrong”), a song for Tony Lucca (“Never Gonna Let You Go”) as well as others. He recently went to Bali on a songwriters retreat, where he specifically wrote for other people. He says he’s continuing to, “. . . learn how to keep his soul, rather than feeling a complete disconnect. I want to write songs for other people, and still have them mean something. Even if they’re not for me, I still want to feel good about them.”

He’s asked all the time if there was a particular artist he’d like to write for, or collaborate with, and he usually can’t think of anyone in particular. He finds that he is a one man show, and it would be hard to collaborate with someone most of the time. He does; however, know that one day he’d like to play on stage with Ryan Adams and Tom Petty.

Working as a catalyst, his song “Hold On Tight” (co-written by good friend Tofer Brown) he knew right away that it would be the album’s first single. “It was the first song we wrote together, and we became best friends because of it. It made perfect sense, and it sort of guided the rest of the album.” He continues to be adamant that he doesn’t like to write love songs. Yet his songs still evoke, ” . . . a love for life, a love for humanity, a love for myself that I didn’t have before. I’m treating myself with a bit more respect, and appreciation. Because, that really helps my writing and my life. Nobody wants to listen to my bullshit all day long. I wanted to say something more that people could relate to.”

Writing for himself was of the utmost importance when he began to shop his record around for a label. When he met with reps from Warner Brothers, they weren’t interested in changing anything. They saw his vision and wanted to amplify it. With the label’s resources and finances, he has already brought two of the eleven songs into video form. Although he doesn’t like to be on screen, he admitted that, “it’s a necessary evil.”

Holden describes the new album as, “Hopeful, positive, and passionate.” He wants to continue to write, and make albums the way he wants. “I want to play places like this theatre, on my own.”

Mocha Charlie is an amazing photographer who has a real passion for music. She covers and shoots several shows per month in and around the region. She a brilliant photo journalist but most importantly, she is also a mother who does her best to balance out her life and live it to the fullest. Mocha Charlie uses her passion and talent to support the community, her friends and family any way that she can.
Related ItemsFeatureGreg HoldenIngred MichaelsonMocha CharlieParamount TheaterPhilip PhillipsSeattle Live MusicTonny Lucca
← Previous Story Bootsy Is Coming to Seattle To Funk You
Next Story → Purity Ring, BRAIDS, and Born Gold illuminate Showbox SoDo