Home / Reviews / Festivals / Chinook Fest Summit is Upon Us!

Chinook Fest Summit is Upon Us! 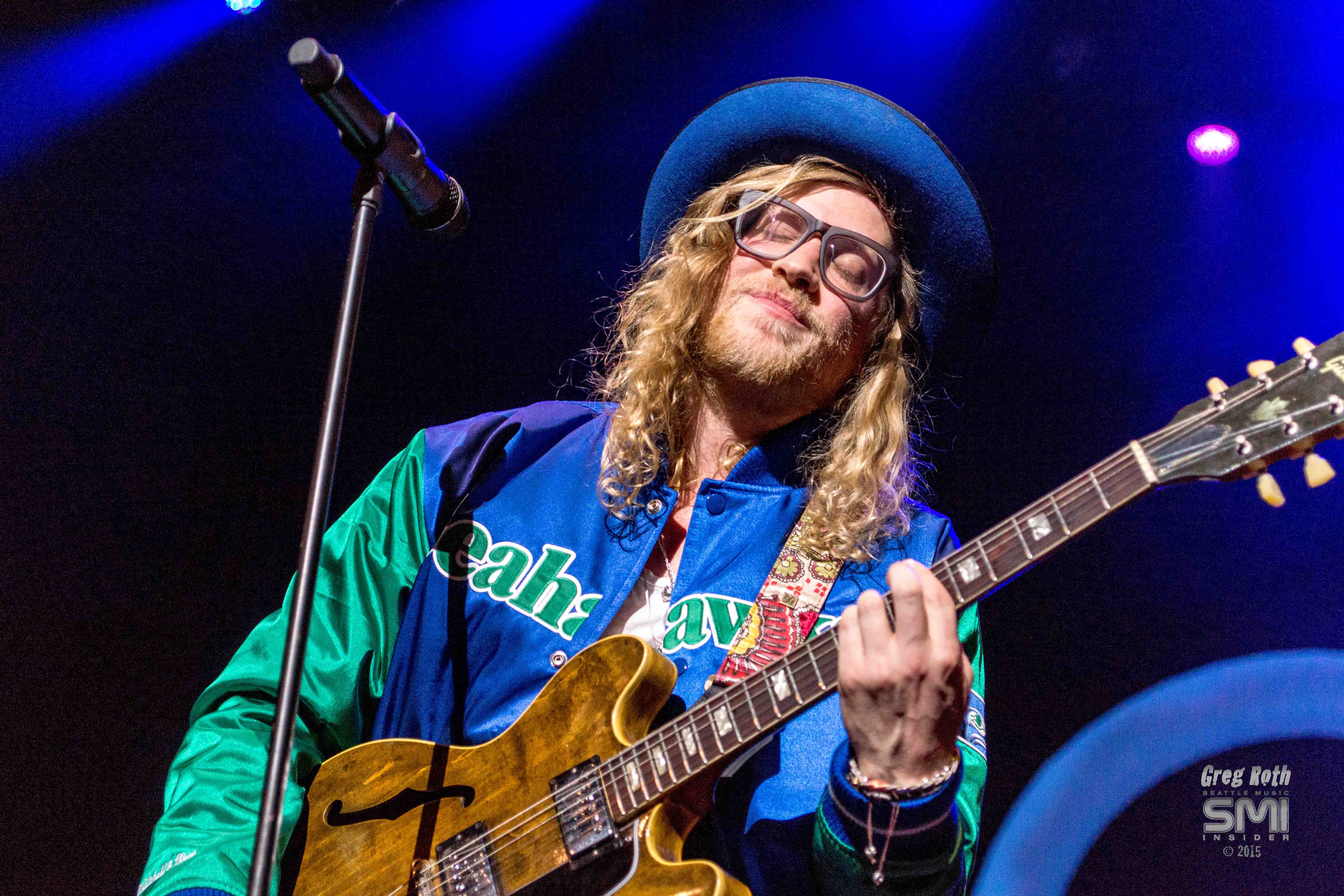 Though grass roots music festival Chinook Fest has been rocking central Washington for three years (this summer will mark its fourth) and dragging more and more of Seattle’s population to the Naches River valley location with each go, many remain curious and uninitiated – especially when it comes to this year’s new additional festival, Chinook Fest Summit.

Taking place July 10-12 at the “Summit at Snoqualmie” resort grounds, Chinook Fest Summit is upon us in a temporal and geographical sense.  So being, there’s no time like the present to get a handle on what it’ll be like.

Here’s the basic gist:  Festival founder Code Beebe (of Seattle rock group Code Beebe and the Crooks) wants to share his favorite music with the PNW.  That’s been the premise of each Chinook Fest Central, and the same goes for Chinook Fest Summit.

For each festival, Beebe and his musical friends, family and community line up a weekend of local and national acts they’ve loved playing alongside, working with or listening to.  They get local food and beverage companies on board (Two Beers Brewing, Bale Breaker Beer, Seattle Cider Company, etc.), pick a spot in the woods and throw a large, organized party, by and for people who love music (and camping and bonfires and being outdoors).

Most of the music is in the vein of blues and rock, but those (flexible) genres are always supplemented by artists of other disciplines.  Case in point is Maiah Manser, a decidedly artistic indie/electronic singer out of Seattle who’s excited to play Summit on Friday. 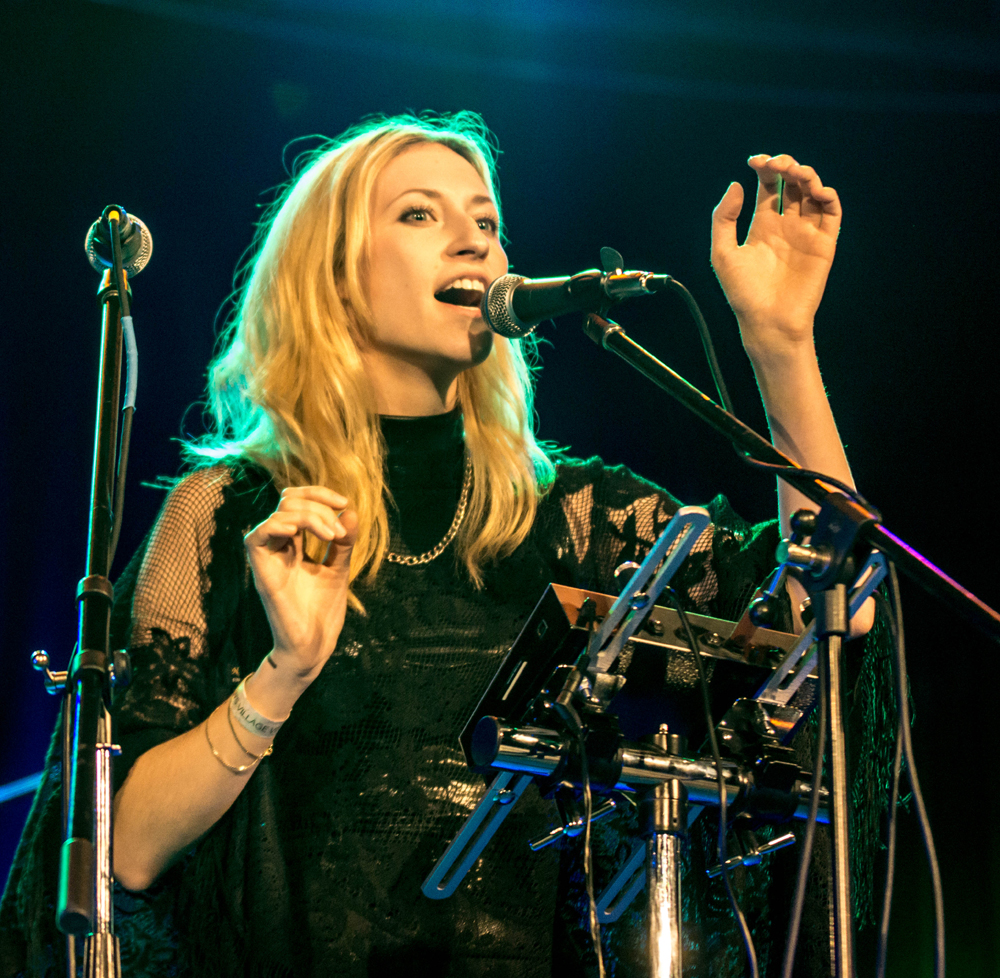 “I’m pretty obsessed with getting exactly what I want,” she said of shooting the music video for her reflective single “Hold Your Head Up.”  Considering this, it’s good news for festival-goers that she also said “Yes, of course!” to Beebe when he called asking if she wanted to play the Plaza Stage (overlooking two gas-lit bonfires snugged into the center of Snoqualmie’s resort grounds) for Chinook Fest Summit.

“I like how MainStage bands won’t be competing with Plaza stage bands,” Manser noted.  This came before the wistful “I really wanna just camp with my band!” Camping is available on-site at Summit and at nearby campgrounds – tickets are sold separately.  “Harmonies and singing always seem to happen and I have dreams of there being a giant kumbaya circle,” she continued – but Manser is in the middle of recording a new EP.  It’s called Second Skin and is produced by Buddy Ross (who worked with Frank Ocean and Motopony).  She’ll play a few of the new tracks on Friday.  “It’s going to be elaborate,” laughed Manser, adding that “I want the experience of this album to be like looking at a finished painting.”

When asked who she was excited to see at Chinook Fest Summit, Manser mentioned an acoustic set she saw in Portland from creative P-Town rockers Tango Alpha Tango – and was delighted that they’re playing on Friday as well.

Tango Alpha Tango’s usual performance is anything but acoustic.  Wailing blues-rock guitar solos, hammering drums, catchy lyrics and the tight syncopation that comes with a band constantly playing live are more their speed.  “Our live show,” said lead singer Nathan Trueb (who jumps off of monitors, swings his guitar like a battle axe and occasionally lays it down on the kick drum for an impromptu slide solo) “stems out of the need to entertain people.”

“Performing live is a different kind of practice,” Trueb added.  “It means more when you’re playing it in front of somebody.”  This mentality carries through to the (yet unnamed) new album they’re mastering – they live-tracked all 11 songs in five days, to give it that live performance feel the band has perfected.

Tango Alpha Tango played the first two years at Chinook Fest Central, and are excited to be playing Summit as they’ve been building a strong following in and around Seattle.  It’ll also give them a chance to hobnob with their friends Greg Ehrlich (organ) and Steve Watkins (keys, talkbox) who’ll back up Allen Stone during his Saturday evening set.

With other lineup highlights including X-Ambassadors, Vicci Martinez, The Maldives, Barcelona and scads more (and late night Plaza afterparties hosted by DJ Marco Collins), Chinook Fest Summit is shaping up to be a fun event.  Tickets are still available, so if your weekend is yawning in want of activity, consider heading up.

Brandon Taylor started writing at some point in the hazy memory of his youth. He remained lost in books and journals until that happy life was interrupted during middle school by a trumpet and a guitar – both of which he continues to play (mostly in secret, composing and recording what he’ll swear are thoroughly broken songs). His love of music born from creating it, Brandon can’t stop listening to and talking with local artists. Moving from Tacoma to Seattle in 2013 only made things worse, and then he started writing for Seattle Magazine and Seattle Living Room Shows. Given the perfect excuse to continue this behavior and “work” as a “journalist” while he’s so disposed, he’s never been happier.
Related ItemsAllen StoneBarcelonaBrandon TaylorChinook Festcode beebe and the crooksFestivalFestivalsFrank OceanMaiah ManserMotoponyTango Alpha TangoThe MaldivesVicci MartinezX Ambassadors
← Previous Story Bootsy Is Coming to Seattle To Funk You
Next Story → Timber! Outdoor Music Festival Stands Tall Above Corporate Giants