Morrissey Back In Great Form at Benaroya Hall 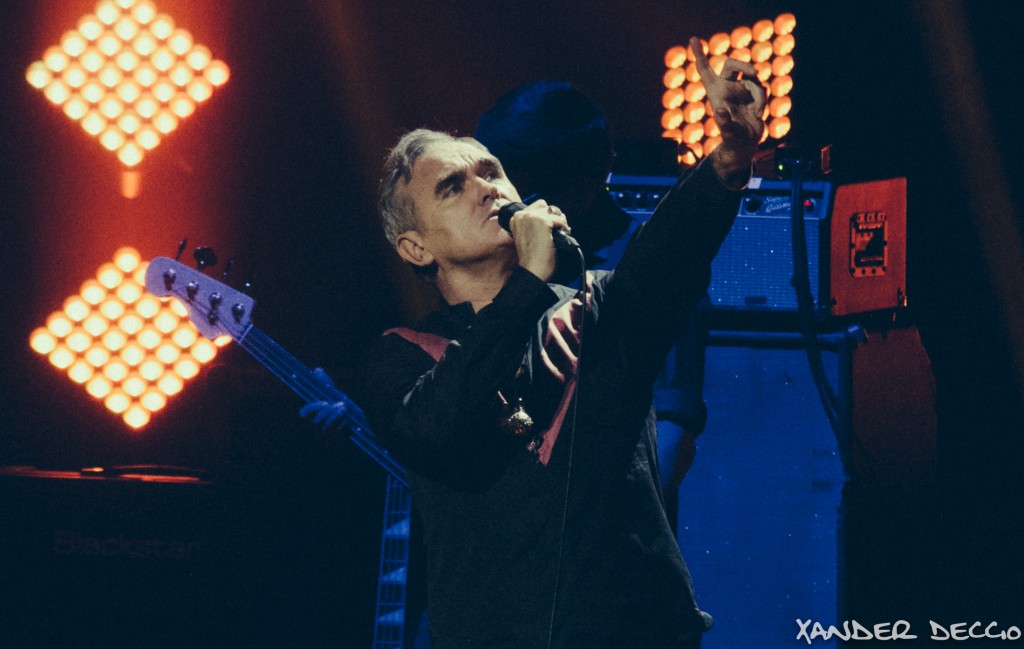 Almost two years ago, Morrissey was slated to go on a worldwide tour in support of his album World Peace is None of Your Business.

Sadly, it was not meant to be. Morrissey (or Moz as his fans call him) suffered a number of setbacks, including illness and his refusal to play venues when they wouldn’t accommodate his request to serve only vegetarian food — a strict policy for the animal rights activist. Whatever the case may be, many wondered if Moz’s sold out show at Benaroya Hall would still go on as planned.

The good news is, it did, and Moz looked better than ever.

Hundreds packed Benaroya Hall — many of them younger fans who grew to love his earlier work with the 1980s new wave band, The Smiths.

With the unlikelihood of the band ever getting back together, this was the best option for fans, who were happy that they were finally able to see their hero live — even if they had to endure vegan food!

Suedehead
Alma Matters
Staircase at the University
Ganglord
Speedway
World Peace Is None of Your Business
Kiss Me a Lot
Istanbul
One of Our Own
Mama Lay Softly on the Riverbed
I’m Throwing My Arms Around Paris
Stop Me If You Think You’ve Heard This One Before
Yes, I Am Blind
I Will See You in Far-Off Places
The Bullfighter Dies
People Are the Same Everywhere
Now My Heart Is Full
Meat Is Murder
Everyday Is Like Sunday

Encore:
The Queen Is Dead