By Christine Mitchell on August 12, 2015@Housetornado37 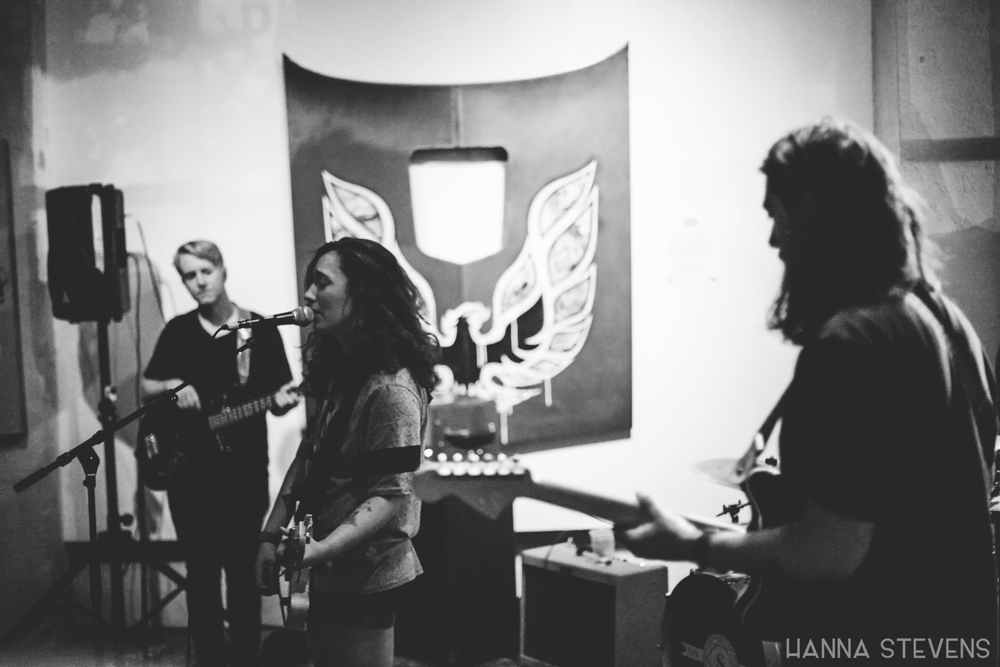 By all accounts, Sundries’ record release party for their debut album The Wave at The Piranha Shop was a friendly, comfortable affair, with friends old and new taking part in the house party atmosphere. Friends of the band were abound with Whitney Petty of Thunderpussy acting as bartender and her bandmate Molly Sides also attending. The spunky-snotty punk sound of Casual Hex started the night off with danceable jams, followed by the aptly named Adventurous Sleeping, which featured layered, somnambulistic sounds from one half of the band Nurses. Fauna Shade, a band that you may notice is getting more and more mentions around town, brought the beats per minute up a couple of notches whilst maintaining a psychedelic attitude. Scotty Smith’s voice stands out from pretty much any other band around.

Of course, the same can be said for Sundries’ guitarist/vocalist Sadie Frank. It’s been said before, but it bears repeating: Frank’s voice is wonderful and needs to be heard to be believed. Go listen. SMI contributing photographer Hanna Stevens called her performance “gripping and emotional, unique and cutting.” The band’s fans were energetic in their acceptance of Sundries’ set. Dancing, grooving, and horned hands were part of the experience. You can get a great sense of the night from Stevens’ photos, presented below.

Christine Mitchell has been poring over album liner notes pretty much since she acquired the skill of reading, and figured out the basic structure of rock songs at an early age. Whether it’s the needle popping into the first groove of the record, the beeps that signal the beginning (or end) of a cassette tape, or digital numbers ticking off the seconds from zero, music brings Christine happiness, ponderous thought, opportunities for almost scientific study, and sometimes a few tears. When she started attending live shows two decades ago, a whole new piece of the puzzle clicked in and she has been hooked ever since.
Related ItemsChristine MitchellFeatureHanna StevensLeah JuliusSadie FrankSundriesThe Piranha ShopThe Wave
← Previous Story Rise Against: Hardcore For The Masses At Showbox SoDo
Next Story → La Luz Fans Crowd Surf At CD Release Show