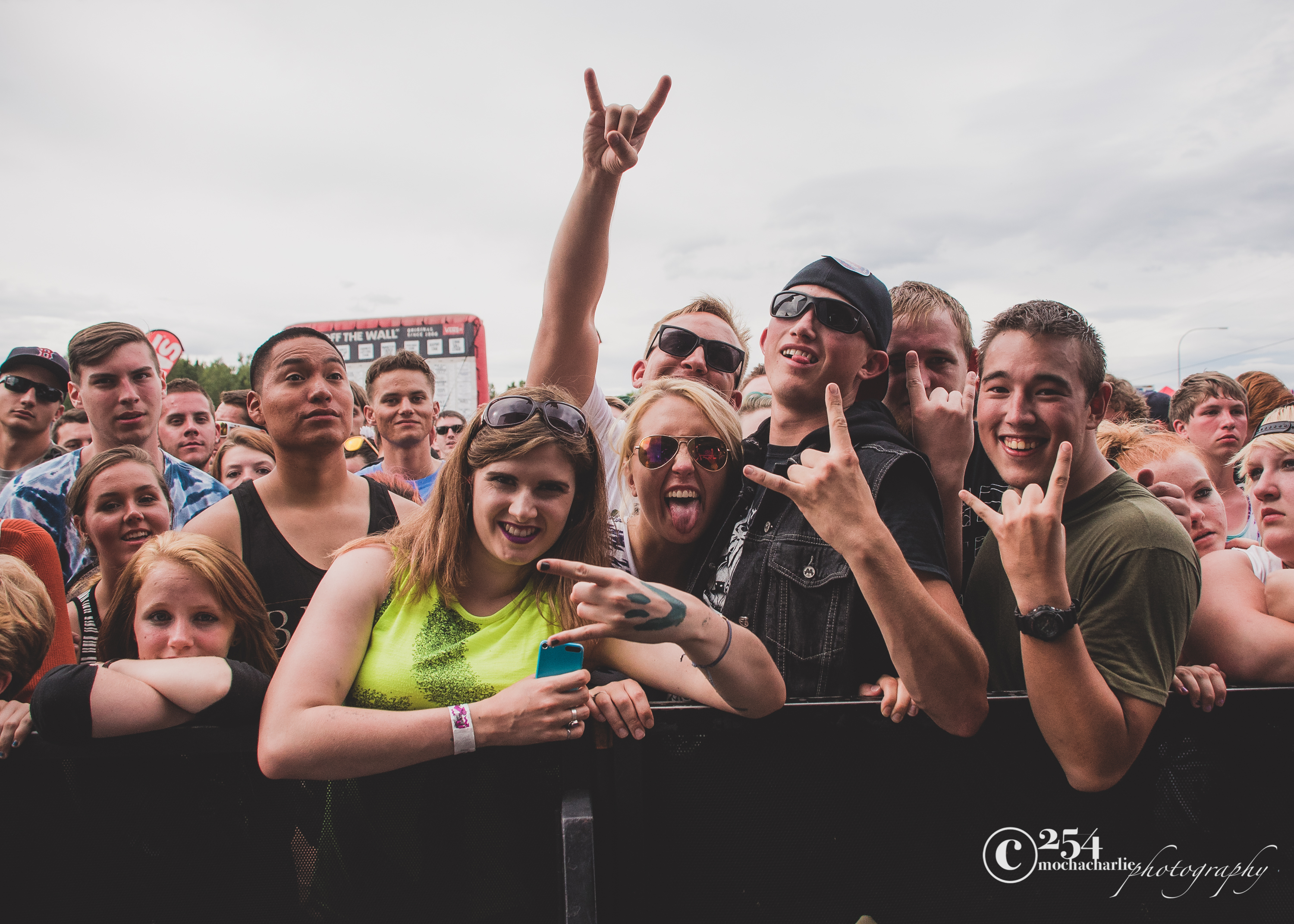 After stopping in over forty different cities across the US, the Vans Warped Tour completed its journey at Auburn’s White River Amphitheater last Saturday. With a semi-rotating line-up, the all-day music festival featured 90+ bands from around the globe playing on eight featured stages that were strategically placed on the Amphitheater grounds. Each band played roughly for 30 minutes on their respective stages, with some bands playing back to back on stages next to each other.

There were many highlights of the day, including confetti canons during Pierce The Veil‘s set, and included numerous smoke machines and CO2 canisters throughout their set as well as during Asking Alexandia‘s set, (who also debuted their new lead singer, Denis Stoff, to Washington fans as this was their first live show in our area since he joined the band in May).  There were many stage “jumps,” hair “flips,” crowd “surfing,” protruding tongues and crazy faces.  We Came As Romans vocalist took to riding an inflatable raft around atop the crowd, and Family Force 5‘s members jumped on mini trampolines throughout their set. There was also an inflatable raft that was carried around the crowd during August Burns Red‘s set, with a masked panda waving an American flag. Lead singer of Escape The Fate, Craig Mabbitt, joined his old band, Blessthefall on stage as a surprise vocalist, before taking the stage with ETF later in the day. During their set, he stopped mid-way to ask that a fight which had broken out in the crowd be stopped, asking them to “hug it out.” Before their set was over, he had asked the crowd to section off into two groups, jumped from the stage, and as a fan dropped an ETF banner, both sides of the crowd (including Mabbitt) ran together forming one big mosh-mass. The fans loved it.

The weather for the day was supposed to be overcast; however, the sun came out early and allowed for water bottle sales to skyrocket (at $4.75 each, it’s still worth it to stay hydrated if you’re going to last the day). Later in the afternoon, the clouds came rolling in, and there was a brief downpour during Black Veil Brides’ set. It didn’t stop the fans from screaming and enjoying the show.

Northwest bands weren’t left out of the festival line-up. The Ernie Ball Stage usually features local bands that are a part of local date online competitions for that city’s “Battle of The Bands” stage appearance. Seattle-based rock/punk/alternative band, Valadares, ended their west coast tour with a featured slot on the stage. Night Argent, from the Tri-Cities (who won the National Ernie Ball Battle of the Bands competition in Los Angeles in January), won their way into the line-up for most of the tour dates, and not just their state’s festival stop.

For a complete gallery of images, we ask that you bookmark Mocha Charlie’s Flickr page, as there will eventually be nearly 800 images from the day posted. Until then, please enjoy a few featured images here.

Mocha Charlie is an amazing photographer who has a real passion for music. She has her finger on the Pacific Northwest music pulse. She covers and shoots several shows per month in and around the region. She a brilliant photo journalist but most importantly, she is also a mother who does her best to balance out her life and live it to the fullest. Mocha Charlie uses her passion and talent to support the community, her friends and family any way that she can.
Related Itemsasking alexandriaaugust burns redblack veil bridesblessthefallEscape the Fatefamily force 5FeatureMocha Charlienight argentPierce The Veilvaladaresvans warped tourwe came as romansWhite River Amphitheatre
← Previous Story The Hot Seat with Comedian Kelsey Cook
Next Story → Life In Pictures: Thunderpussy