By Arlene Brown on August 24, 2015@brownfotobug 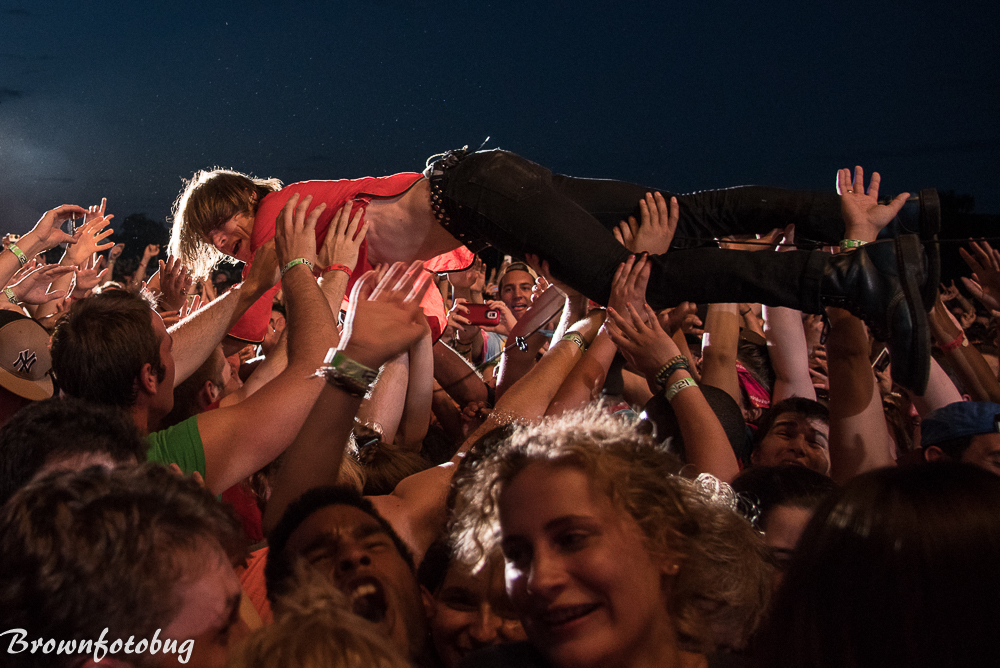 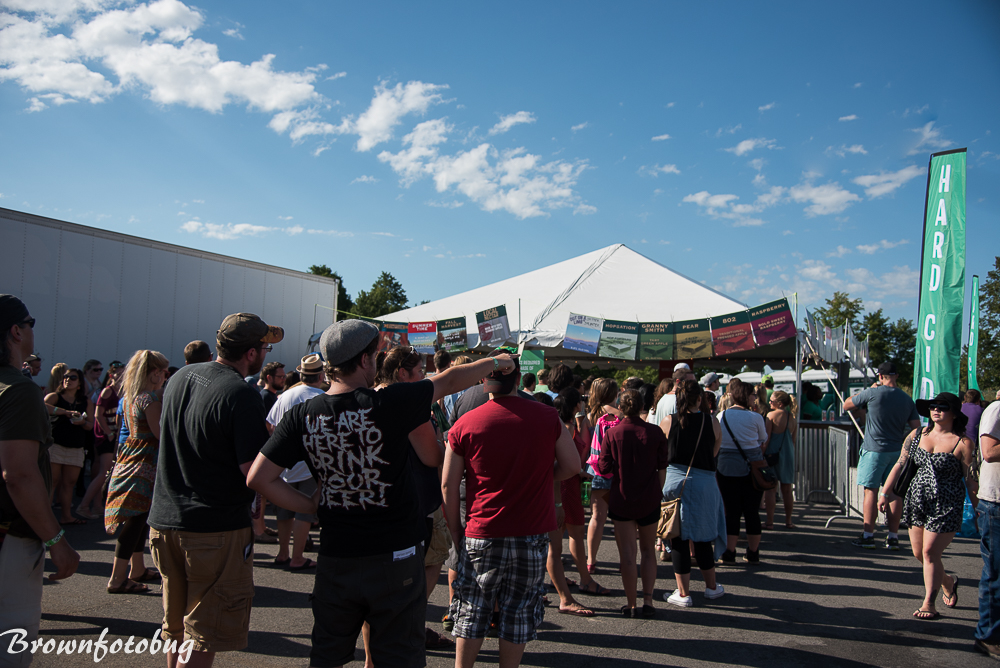 Woodchuck Cidery in Middlebury, Vermont, presented #Ciderstock2015 with about 12 of their original ciders on tap, seven food trucks, cider tasting/classes, lawn games, plus four very energetic bands.   As the gates opened to over 6,000 people, the day could not have been more perfect for a festival!  Upper ’70s and clear blue skies with puffy clouds.  Most concert-goers wore Woodchuck Cider t-shirts, prominent New England sporting teams’ gear, a couple of rock band shirts scattered here and there.  Imagine hanging out at Marymoor Park, and sipping yummy apple cider all day.

Hailing from local Middlebury, Vermont, Madaila, started out the day by sporting their unique and colorful outfits.  With a sound similar to Cold War Kids, these guys were the perfect way to start the day.  Middlebury is very reminiscent of Bellingham, Washington with its young hipster feel and being very close to the Canadian border.  Madaila mixed hipsters with rockers and definitely woke everyone up and set the tone for the high energy day. 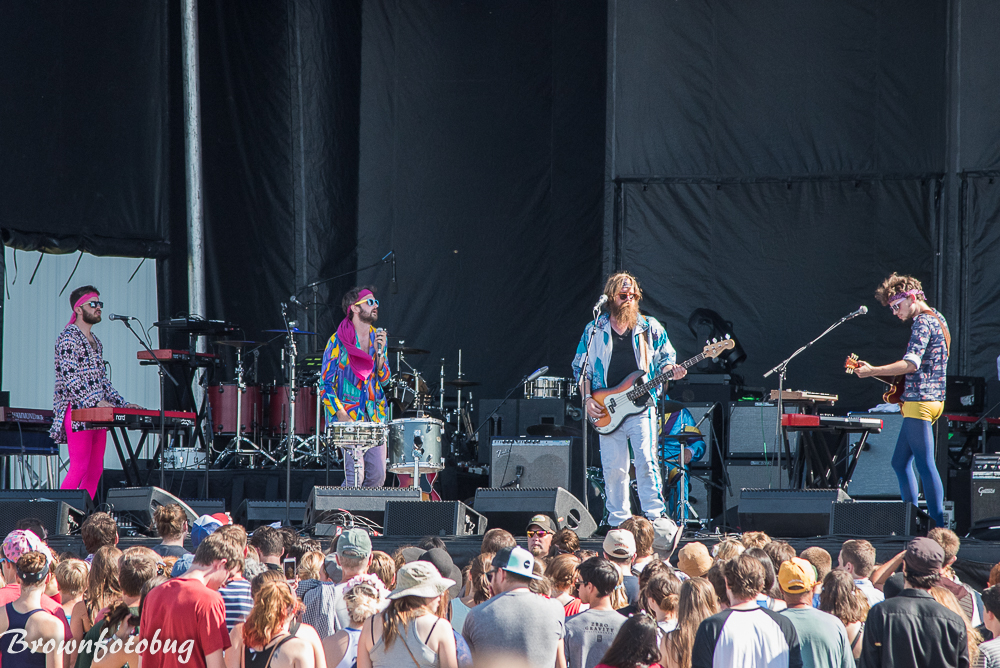 Regional New England band, Kat Wright and the Indomitable Soul Band, brought with them a lot of horns, jive, and soul.  Wright’s long dark hair, framed by flowers, led the continually growing energy with her “Megan Trainer meets Amy Winehouse” vocals.  Those that dig a soulful, jazzy, funky sound led by Wright’s ear soothing voice, should give these guys a listen.  Fans were shown a happy, love your neighbor set of songs.  Check ’em out. 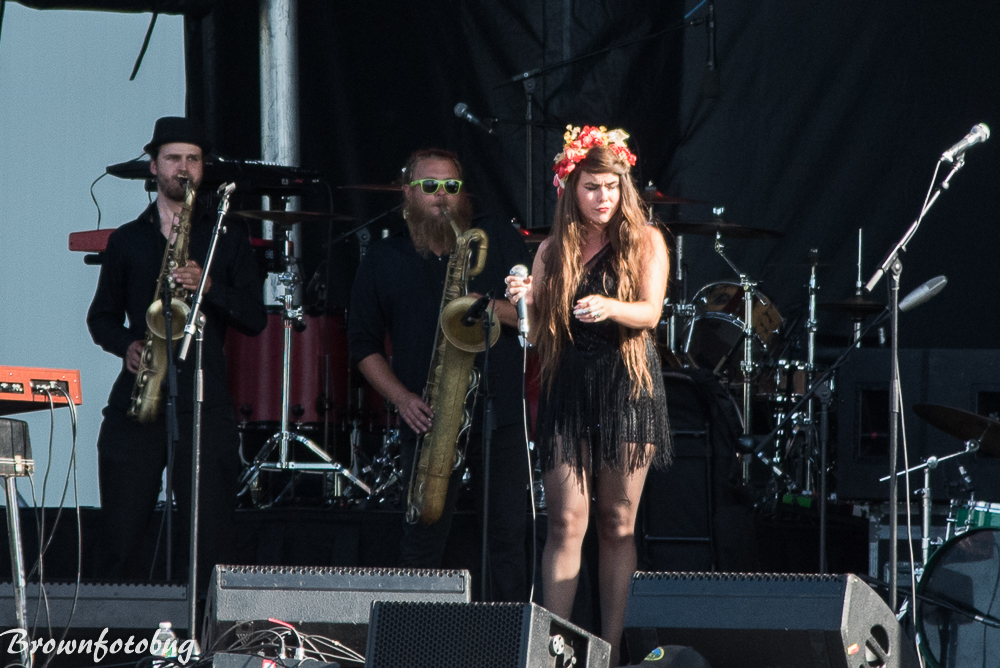 Now, music fans in New England will drive six hours to get to a festival (they will drive from Canada and even as far as Connecticut or Ohio).  Especially if that means they get to see a couple of HUGE big-named bands that rarely tour their area.  On the flipside, there were also a few festival goers that had never heard of bands like the two that followed up the two openers.  For those lucky ducks, they were completely blown away by the next band. 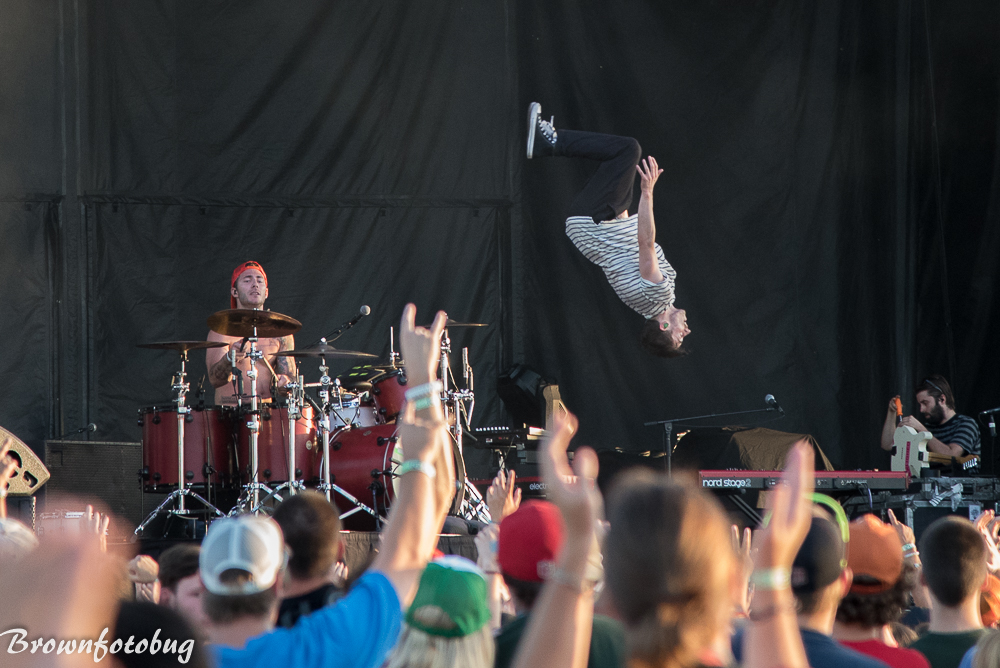 New Politics.  Yes.  You’ve heard of them.  You’ve probably seen them at least a couple of times and know they’re not shy or bashful on stage.  Well, they didn’t let anyone down.  Far from it.  The crowd was treated not only to the parkour dance moves and sexy crooning of David Boyd, the guitar brilliance of Søren Hansen, and the ever handsome drumming of Louis Vecchio, they were also treated to new music from the band’s album, Vikings, which was just released last week.  NEW MUSIC!  So new, that the crowd was the first to hear a couple of songs live.  With an edgier, more old school rock sound, fans were thoroughly digging “Girl Crush.”  The lyrics are a bit more mature than their last album, but you will be dancing and grooving the whole way through.  As this band is growing in popularity and in their own skin as musicians, they are definitely going to be selling out their fall tour very very fast (hint: October 13 at Showbox Sodo).  It’s easy to say that those who had neither heard of New Politics nor seen them live before, are now some of the biggest fans of this dynamic trio. 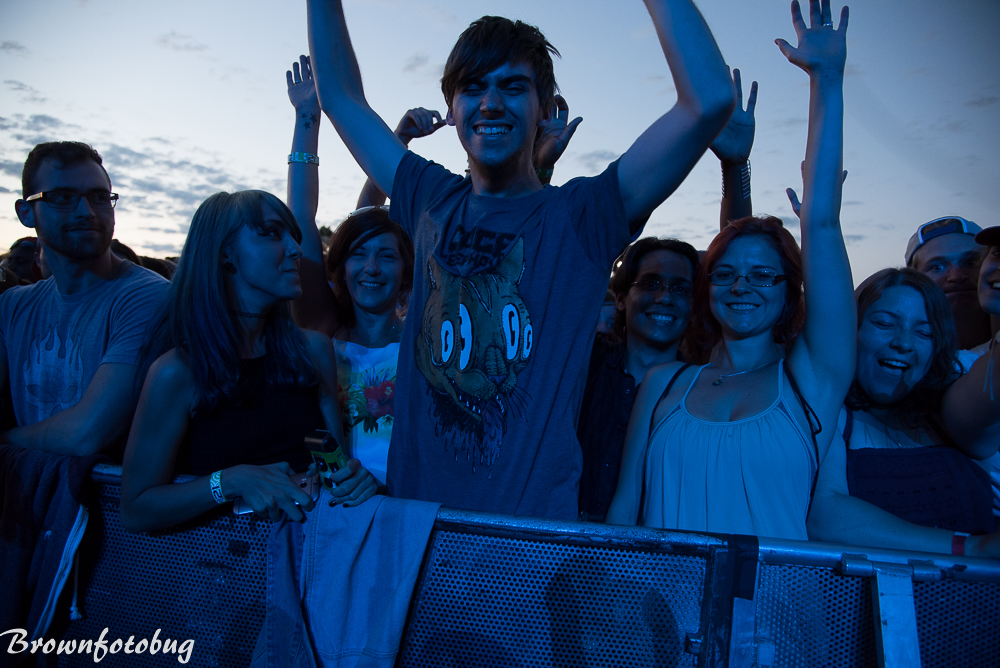 As the sun was setting, the energy from the first three bands was building so much that the crowd, who had been sitting for a big part of the day, was now almost entirely at the stage ready for the last band.  The excitement was so intense, a very young 76-year-old woman told her 79-year-old husband that if he didn’t get up and dance to the last band, she was going to leave him in her dust.  And just as the sun set, Cage the Elephant, made their way out.  From the first strum of “Spiderhead,” to the very last beat of “Sabertooth Tiger,” fans were treated to one of the most explosive sets from front man, Matt Shultz (the fireworks at the conclusion was perfect). He was in the crowd from the get-go and had security on high alert making sure everyone (especially Schultz) was kept safe.  Diving into the crowd from in front of the stage to rolling around, fans fell in love with the whole band over and over again.  And, to prove how much Schultz loves his fans, he had the crowd lights brought up so he could see everyone’s faces.  Looking directly into their eyes.  Holding eye contact.  Connecting to each and everyone in the crowd.  THAT is what sets Cage the Elephant apart.  Truly appreciating who supports them.   It also helps that their music has only improved over the years.  And by the end of the year – yep, you guessed it, NEW MUSIC!!  But that night, we were treated to their best songs from the last nine years.  Keep your eyes open for tour dates.  You never want to miss these guys live. 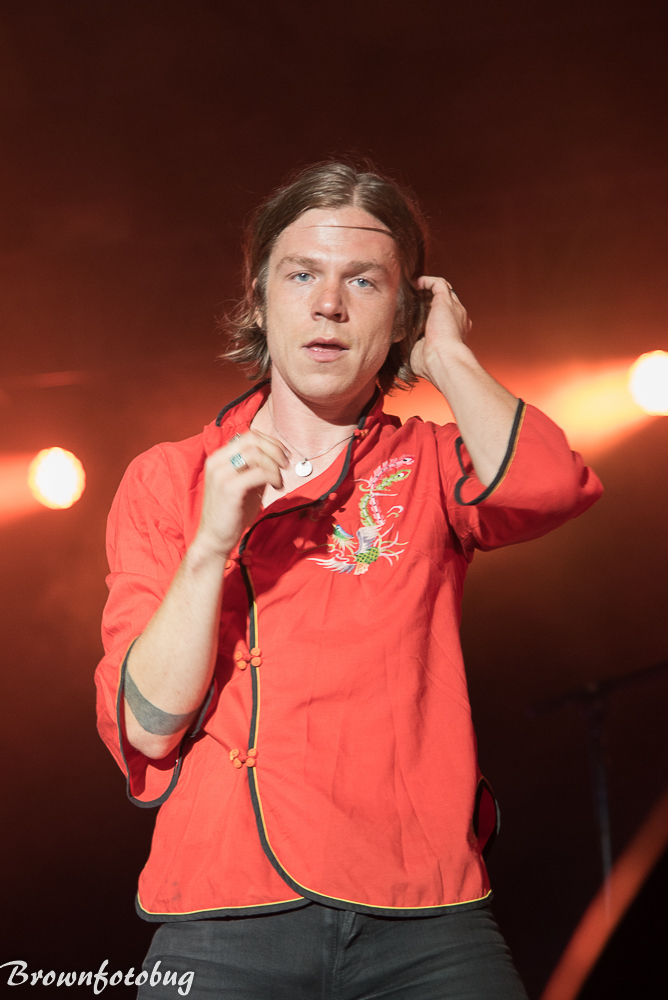 Ain’t No Rest for the Wicked

Take it or Leave it

Back Against the Wall

Next year marks the 25th Anniversary of Woodchuck Cidery.  Planning has already begun for their biggest Ciderstock ever.  And the best part of these festivals is that even though there aren’t as many nationally/internationally known bands that go through this part of the country, the fans are the same as the PacNW.

Arlene Brown is both a writer and photographer for SMI. She likes to take things one picture at a time. Covering and reviewing shows from Soundgarden, The Proclaimers, Lorde, The Head & The Heart, to Hank3, Bob Log III, New Politics, Black Joe Lewis, Grouplove, including local and national rising bands and more, she truly loves to try to get that perfect shot. Looking for that raw emotion, energy, power that only live music can deliver, she captures the essence of a show in her own unique style.
Related ItemsArlene BrownCage The ElephantCiderstockFeatureKat WrightKat Wright and the Indomitable Soul BandMadailaNew PoliticsVermontWoodchuck
← Previous Story Looking back at 107.7 The End Summer Camp 2015
Next Story → Watkins Family Hour takes over the Tractor