Foo Fighters at the Gorge Amphitheatre 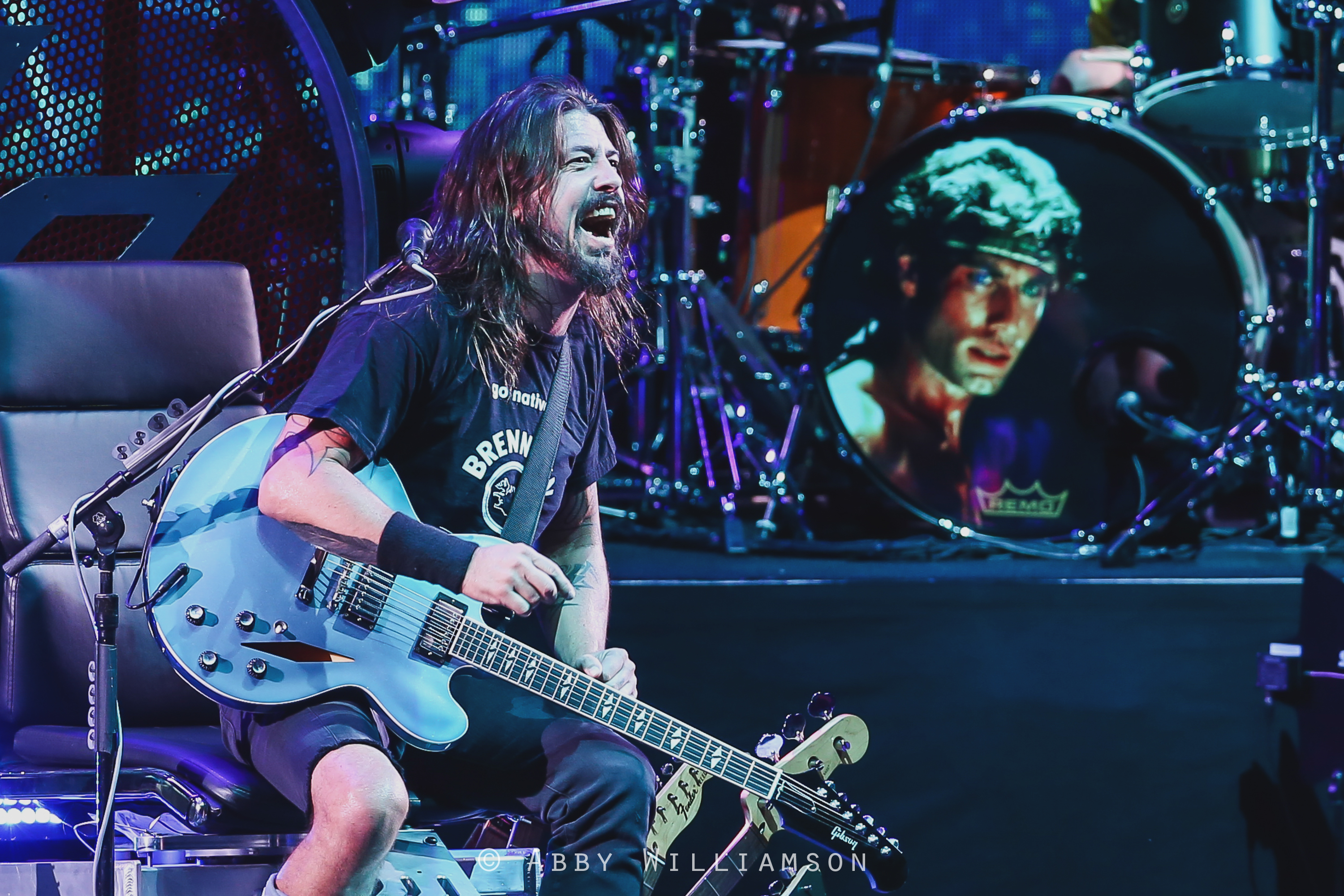 Most bands wouldn’t play a whole tour with a front man with a broken leg, but the Foo Fighters aren’t most bands. Last weekend, the 20-year veterans played to a sold-out Gorge Amphitheatre on a night that could only be described as pure joy.

Blues guitar prodigy Gary Clarke, Jr. opened the show. While his style was an odd match to the Foo Fighters’ endless rock energy, it was nice to see that they brought someone on tour just because they liked the guy. Plus, Clarke, Jr. was one of many guests on their last album Sonic Highways, so it all made sense in the end.

That throne was a good metaphor for the whole evening – loud, ridiculous, fun, and just earnest enough without being too serious.

“For all you people out there that’s never been to a Foo Fighters show – you’re my target demographic. All of you old motherf****** that have seen the Foo Fighters before, you know what I’m talking about. But to all of you newcomers – guess what? It’s gonna be a long f****** night.” Grohl said over a long intro to “Big Me.”

In fact, they played songs from their whole catalogue – from the self-titled album, all the way to Sonic Highways. They even played songs that weren’t in their catalogue – specifically a couple classic Queen tracks that Taylor Hawkins took the lead vocals on. Hawkins wailed from behind his drum set (adorned with John Travolta in Staying Alive) all the while maintaining that infectious toothy smile.

Throughout the marathon set, Grohl bantered with the crowd about everything from Jagermeister to why he was sitting on that throne. “It’s not because I broke my leg, it’s because when I broke my leg, I said to the Foo Fighters road crew – I would like to not cancel any shows and I would like to stay on tour. So in the depths of my recovery, I came up with this idea – I drew it on a hotel notepad. I sent it to my man Dan who does the lights for the Foo Fighters and I said ‘if you build this, then we won’t have to cancel any shows.’” Who knows how uncomfortable that bulky cast was? But Grohl literally powered through it and played for just short of three hours.

They closed the night with what is inarguably their best song, “Everlong” off The Colour and the Shape. It was a perfect way to end the night – one that consisted of a Kinks cover, the MTV Theme song, 15-minute versions of songs, and proof that this band is still unstoppable.

It honestly felt like they would have kept playing if the Gorge crew had let them. That’s how much this band cares about their fans. After twenty years in music, they could coast on what people know and love and not innovate or try to grow, but the Foo Fighters are continuously doing new things. Whether it’s making a documentary about music history to go along with an album or playing a tour with a broken leg, they never give up trying something new.

Click on any photo to view the full slideshow below…

Abby Williamson is a photographer, writer, and video blogger with a passion for live music – especially the local scene. She recently moved to Seattle after commuting from Gig Harbor for shows an average of once a week for five years, so she’s happy to not have to drive as much and photograph even more concerts! When she’s not elbowing her way up to the front row at a show or sorting through thousands of photos of those shows, Abby also does freelance wedding photography, all the while cultivating a decent-sized following on YouTube. Abby has contributed to several music blogs over the last five years (and she’s really excited to join the SMI team!), and has been published in at least one album booklet for the band, Someone Still Loves You Boris Yeltsin. She would like people to know that while music photography and writing is a huge passion in her life – she is a fan first, photographer second.
Related ItemsAbby WilliamsonConcertconcert reviewDave GrohlFeatureFoo Fightersgary clark jrtaylor hawkinsThe Gorge Amphitheatre
← Previous Story 100.7 The Wolf Hometown Throwdown
Next Story → Empire of the Sun takes over Marymoor