Empire of the Sun takes over Marymoor

By Renae Koepke on September 22, 2015@MonkeyJig 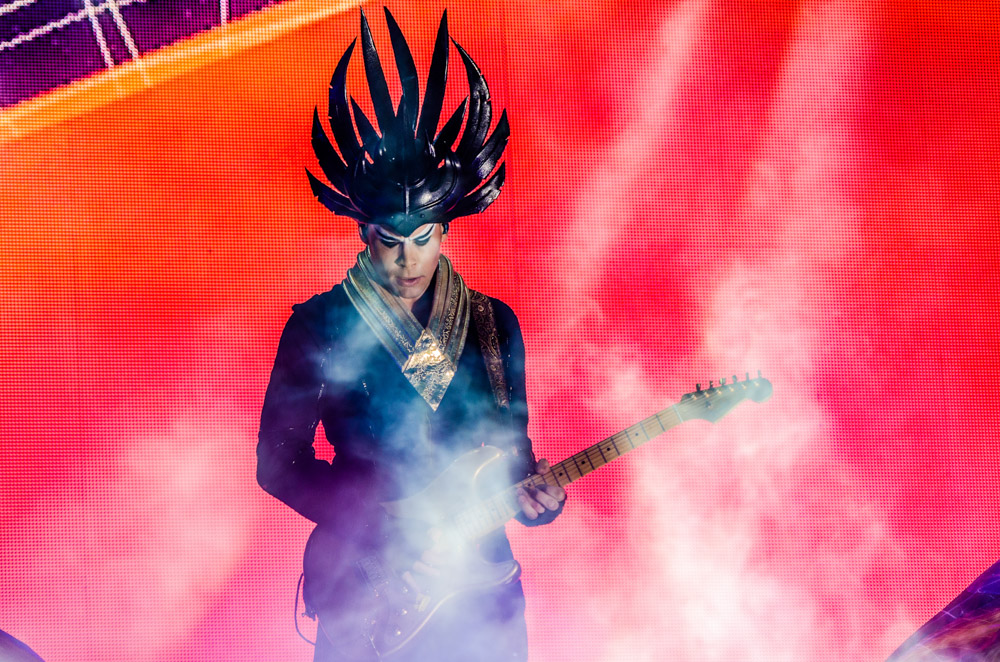 Empire of the Sun at Marymoor Park (Photo: David Endicott)

It might have been chilly and gray outside, but it was a party at Marymoor Park for Empire of the Sun. The synth-pop duo of Holy Ghost! lit up the crowd to open the show. With three added synthesizers and extra percussion, this performance was solid and set the mood for the night with an upbeat disco vibe.

Continuing the dance party was St. Lucia. Being from South Africa, his electro-pop has a strong Caribbean influence. The combination of Jean-Philip Grobler’s harmonious voice – where you could almost hear the Phil Collins influence – with the backup singers gave them a soulful choir feel. Grobler’s dance moves left very little to be desired as he traveled up and down the stage throwing his body around with the beats.

Everyone knew it would be an entertaining night full of electronic dance music and elaborate costumes. Empire of the Sun did not disappoint. Flashing neon lights, a lot of fog, and constant costume changes from four talented dancers created a Cirque du Soleil-worthy performance. Their props were equally as flashy with light-up double-necked guitars and 3-foot dreamcatchers. All costumes seemed like a perfect combination of The Jetsons and Medieval Renaissance. Frontman, Luke Steele, was clad in an amazing long-tailed black suit adorned with a large gold collar, and of course – face paint and a very large emperor-worthy hat. Fans mimicked the circus-feel dressing in a lot of fur, feathers and face paint too. Everyone danced and gazed in amazement throughout the entire set. For the end of the set, Steele changed into an all-white ensemble with a matching white guitar that read “Surround Sound in Seattle.” He was radiating energy as he rocked out as hard as he could, ending his epic performance by smashing the pretty white guitar to pieces all over the stage. This was easily the best money one could have spent this summer.

​Stumbling into writing purely by accident, this Seattle native has always had a deep love for music. Frequenting Seattle’s local venues and festivals since she was a teen (back when El Corazon was Graceland!). When she met a concert photographer who despises writing, they teamed up. And so it began. As a scientist by day, technical writing comes more naturally. The branch into creative writing has been somewhat of a challenge that’s been gladly accepted. Finally becoming a little part of something that she’s been a huge fan of for so long.
Related ItemsDavid EndicottEmpire of The SunFeatureHoly Ghost!Marymoor ParkRedmondRenae KoepkeSt. Lucia
← Previous Story Foo Fighters at the Gorge Amphitheatre
Next Story → “Weird Al” Yankovic in Puyallup