By Christine Mitchell on September 22, 2015@Housetornado37 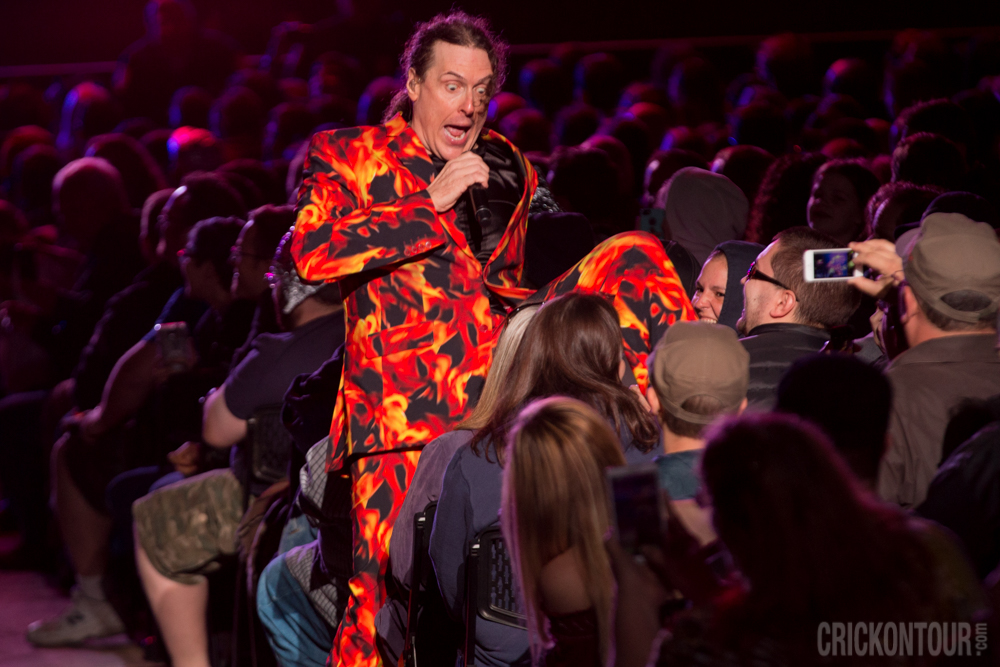 “Weird Al” Yankovic took over the Washington State Fair in Puyallup last week, performing in his decades-proven style, spoofing popular hits that now span around thirty five years of musical hilarity. And Yankovic shows no signs of slowing down, with nearly every song on the set list warranting a wardrobe and set change. Add to that the sheer hilarity and spectacle of Yankovic rocketing into the air while wearing a fat suit for, well, “Fat” (a reworking of Michael Jackson’s ‘Bad’), and you’ve got yourself one heck of a show. SMI contributor Alex Crick was on hand to capture the action.

Christine Mitchell has been poring over album liner notes pretty much since she acquired the skill of reading, and figured out the basic structure of rock songs at an early age. Whether it’s the needle popping into the first groove of the record, the beeps that signal the beginning (or end) of a cassette tape, or digital numbers ticking off the seconds from zero, music brings Christine happiness, ponderous thought, opportunities for almost scientific study, and sometimes a few tears. When she started attending live shows two decades ago, a whole new piece of the puzzle clicked in and she has been hooked ever since.
Related ItemsAlex CrickChristine MitchellFeaturePuyallup FairWashington State FairWeird Al Yankovic
← Previous Story Empire of the Sun takes over Marymoor
Next Story → Circa Waves rock out the Crocodile