By Alex Crick on September 24, 2015@crickontour 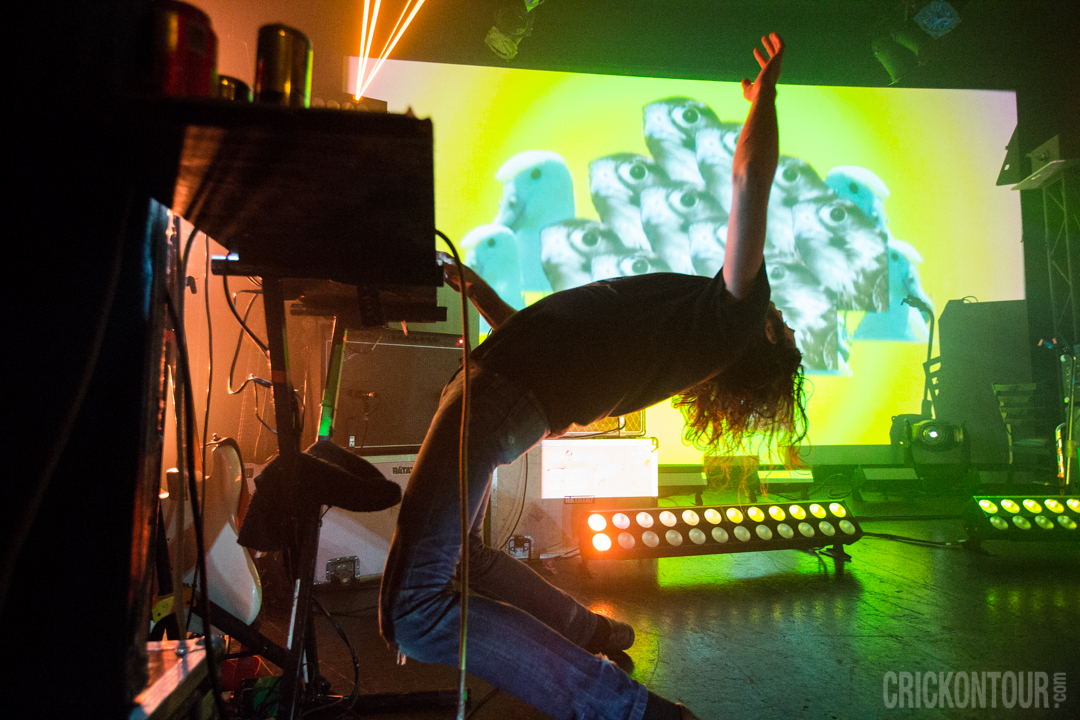 Brooklyn based Ratatat played a second sold out show at the Showbox Market last week, just two days after a set at the Showbox SoDo, and the crowd was ready for more. The self-described “rocktronica” duo is touring in support of their new album Magnifique.

Hot Sugar opened with a drum and bass act with a live Flying V shaped bass. They had lots of random visuals running in the background. Pretty boring stuff.

Ratatat’s set began with their logo laser-projected onto a screen at the back of the stage through a foggy haze. After a short wait, myriad lights on both sides of the stage lit up at once, highlighting the audience. The band had arrived. Ratatat launched into their first song, “Pricks of Brightness,” much to the delight of the crowd. Synthesizers and keyboards were arranged on the stage wings with a pair of snare drums up front. Lights and fog continually punctuated the set. The band itself looked like a pair of shaggy hipsters, and they pretty much kept to themselves (and sides of the stage) for the most part, alternating between their electric guitars and keyboards.

Overall, it was a big electronic jam band fest for a packed crowd. The colored lights lit up the performers through the foggy haze. Later laser beams made waves of color above the audience. The crowd responded enthusiastically, with even those up near the bar areas dancing. Two nights of Ratatat was a pretty good dose.

Alex Crick is a Seattle based freelance photographer specializing in music photography. His interest in photography began as a school project in the early-90′s, when he also attended many live music shows. Eventually, he combined these two interests by conveying the power and excitement of live music through the eye of the camera. Over the years, he’s traveled all over the country photographing live musical acts. You can find samples of his work in SPIN, Billboard, Esquire. View his work here
Related ItemsAlex CrickFeatureHot SugarRatatatThe Showbox
← Previous Story Circa Waves rock out the Crocodile
Next Story → Washington State Fair brings another “British Invasion” with Duran Duran