The Emergence of Brendan James

By Michelle Ellen on October 9, 2015@Michelle__Ellen 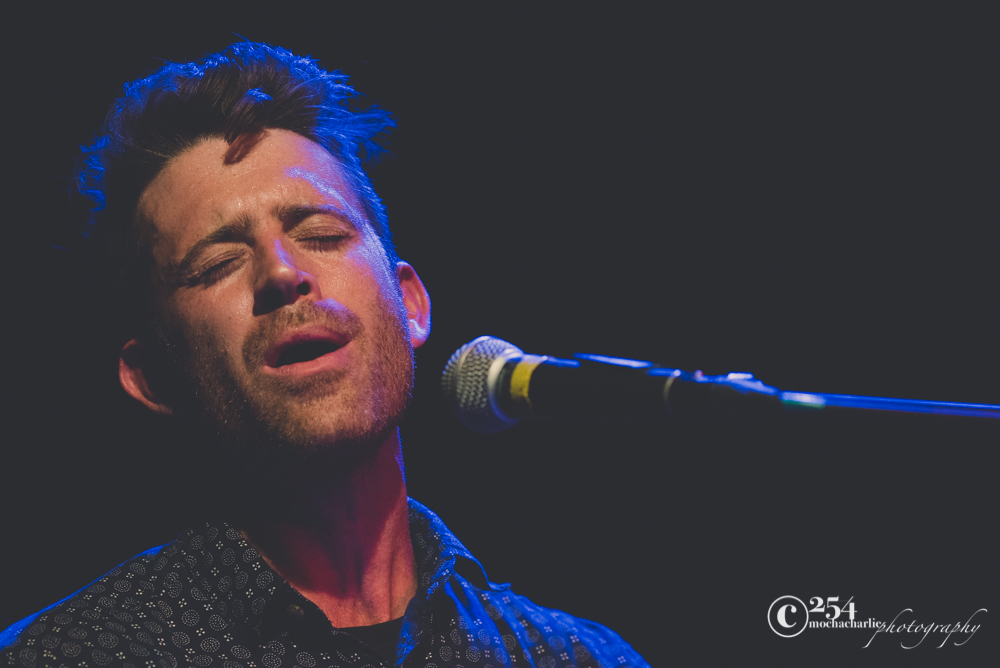 Brendan James had a transformative 2014. When he visited Seattle last fall, he mentioned that he was ready to do something different than what was on the album he was promoting at the time, Simplify. He promised to raise the energy, to up the ante. At that time he was calm and relaxed, almost zen-like about the prospect. But there was an excitement in his eyes like he knew something no one else did. Sure enough, 2015 saw him make good on his promise. He hired new managers, developed a new game plan, and raised money through a successful PledgeMusic campaign so that he could record the album he was ready to record. The result was an introspective yet uptempo party EP – The Howl.

The night kicked off with local songstress Kate Lynne Logan, a talented songwriter in her own right, whose songs are simultaneously melancholic and fortifying. She was accompanied by producer Kevin Veatch and performed a beautiful set for the eager crowd before James took the stage.

The set included every song from the new EP – a collection of soulful, authentic pop songs – including “Let You Go” and “Yellow Lines” (a rollicking track one can’t help but dance to) as well as fan favorites “Green,” “Nightlife” and “Windblown.”

Amidst the party, James couldn’t help but remain cognizant of the recent deadly shooting that took place on a college campus in Oregon. His reminder to the audience that the conversation about gun policies needs to continue until a solution is found, segued into a heartfelt performance of “The New Plan.” Infusing social topics into his music is not a new priority for James. Neither is talking about them – he was a speaker and performer for the “Conscious in Unconscious Times” TEDx Talk in Charleston, S.C., where he currently resides. He spoke and sang about staying awake in a world where it is so easy to zone out, and tackled topics like technology and gun violence.

The 36-year-old singer/songwriter is no stranger to writing, recording, and touring. He’s been putting out albums for years, some through a label, some independently. However, according to James he feels he’s gaining momentum: “There is a gravity around this project.” Being able to record exactly what he wanted and hiring bandmates who are more likes friends, he has built something this past year that the music industry should watch. “The core essence of it is done,” says James. “It’s not a matter of me fitting into the music industry, but rather the music industry won’t be able to deny me.”

A sentiment his fans have known for years.

Michelle Ellen is a freelance writer and editor. Born and raised in the state of Washington, she wrote and studied music for years before combining the two as a career. As a freelance writer, Michelle covers music news, interviews, album reviews and show reviews for artists of all different genres. Her writing has been featured on Examiner.com, AXS.com, and the blog for Seattle-area radio station KLCK, Click 98.9. She has also provided reviews and writing services for Mapquest and the mobile app HeyLets. Michelle is also the owner of Editing By ME. The company offers freelance editorial services for independent authors and publishing houses.
Related ItemsBrendan JamesFeatureKate Lynne LoganKevin VeatchMichelle EllenMocha CharlieTractor Tavern
← Previous Story After a decade hiatus, Blackalicious returns to Seattle
Next Story → The “Comeback Queen”… She’s always been LOLO