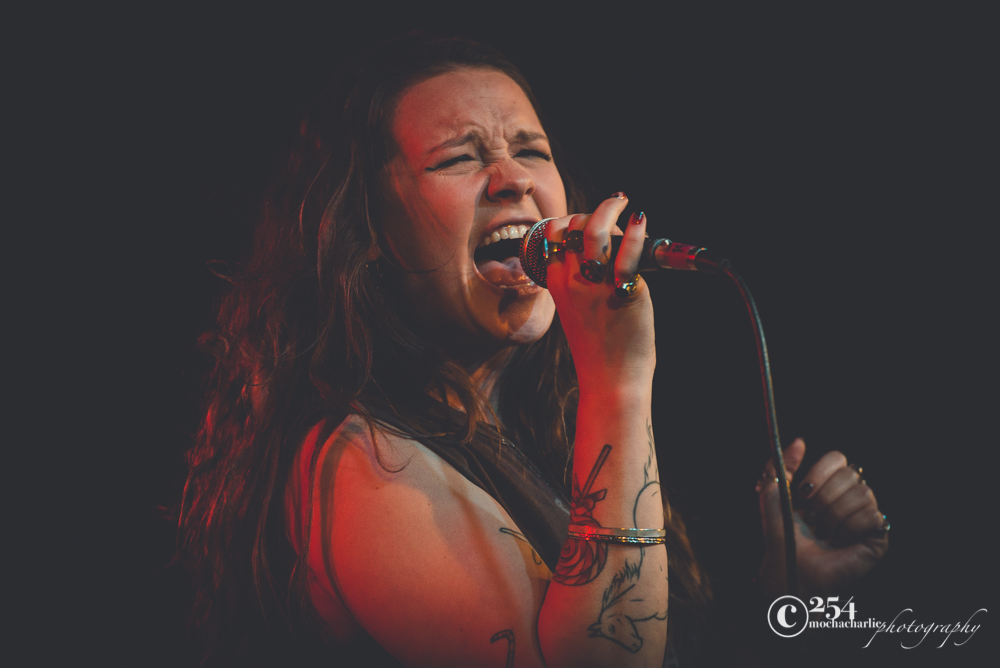 After originating one of the female roles in the off-Broadway, and then Broadway play, “Spring Awakening,” Lauren Pritchard yearned to be someone who she always was – LOLO. She was named after Lauren Bacall, and always felt that her name was much more “glamorous” than she was. She felt as if that was a name she would have to grow into. She had moved from her hometown of Jackson, Tennessee to LA at 16 and was preparing to embark on a music career, with the encouragement and support of her very dear friend Riley, daughter of Lisa Marie Presley. Shortly after arriving, her brother came out for a visit and was in an accident. She was about to move back home when Presley intervened and told Lauren’s mom, “You can’t take her away from LA. We believe in her too much to let her go. If she leaves, it will be too hard for her to start over when she comes back.” She’s always been very supportive of her music. She remained in LA.

Friends told her sometimes it can be much simpler in the acting industry than in the music industry with an agent, and you can make some good money on the side while still moving forward with her music career. So, she got an agent to “attempt to do that.” She booked a few commercials, and one day her agent mentioned there was a casting call coming up and that she should go.

“My 17 year old self marched right in there and I auditioned in front of the director, the head of casting, and a lead producer. I didn’t hear anything for a month and a half, until that November for a final call-back in NYC.” They told her that day when she arrived that she had the job. She moved to NYC at 18, not necessarily as a musician, but as a Broadway actress.

During her stint on Broadway, she continued to write music during her “down time” while still performing eight shows a week on stage. Her schedule was grueling. It was during that time when she landed a publishing deal with SONY/ATV music. She was writing for other artists, with other artists, and for herself when time allowed. It was her way of getting back “into the game” of being a musician. It wasn’t until five months after her final curtain call that she began working on what would be her debut EP, Wasted In Jackson, a collection of songs that embodied the search to find herself, and embracing her life away from “home.” She toured after it was released, supporting other artists in the States, and headlining her own shows in Europe.

Prior to the EP release, she wanted to change her music name to LOLO, (a nickname she’d had since middle school). She wanted to be able to define the “actress me” and “music me” with different names. She’s still the common denominator and  “in theory, with everything I do, I’m still me,” she said. It was never intended to confuse fans, but to help them to see the difference in who she was on the different platforms. When she is acting and writing music for others, she still went by Lauren Pritchard. For everything else, she’d be known as LOLO. She identifies with both. Her record label at the time said no. In 2013, she became someone she always was, LOLO. Yet, her next big endeavor would have people still calling her Lauren.

Three years ago, LOLO met with a friend and playwright, Michael Kimmel, and they created the opportunity to bring the Anton Chekhov play “The Seagull” to life, dropping it in modern day Nashville (singer/songwriter land), and titled it Songbird. She began to write “country songs,” something she hadn’t done before; yet, it came naturally to her once she got started. She wrote both the music and lyrics for songs, not knowing who was going to be cast in the play, something quite unique in her writing process. She found herself singing country songs (also something she hadn’t done before), not knowing how they would eventually sound on stage. It was a challenge, but she accepted it and dove in head-first to what would be a near three year endeavor and labor of love. Pritchard was again enveloped in the Broadway acting community, this time as part of the creative team. At the same time, she was growing into what she knew was LOLO, but she was just getting started.

Last November, the Songbird team held a private workshop for investors, producers, community members, and theater companies as an invite only, for a reading of the play. They were approached that night by The 59E59 Theater , who said, “We love you. If our season wasn’t already booked, we’d ask you to be a part of it.” They knew they were on the right track, but would have to bide their time. Most plays take years to be brought to a stage production. The Broadway community is huge. There simply aren’t enough theaters to hold all of the plays being pitched for production. They knew this going in, and were encouraged by the positive feedback they’d continue to receive.

She’s released a few singles over the years, (yes, “Heard It From A Friend” was based on a personal experience, and no, she’s no longer friends with that person.) She’s had every intention of producing a follow up to her 2010, “Wasted In Jackson,” but the timing just wasn’t right. That is not to say she hasn’t been working, touring, writing, and composing since then. She’s kept very busy as a SONY/ATV music publishing workshop writer, and she’s released collaborations with Matt Nathanson (Headphones), and Panic! At The Disco (Miss Jackson), including co-writing credits on PATD’s upcoming EP.

“I know that I can write songs myself, but when collaborating, you learn so much about yourself and others. I don’t think I’ll ever stop. So many of the people I’ve worked with have a kindness and generosity. It makes it even more worth while,” she said.

She moved from NYC back home to Jackson with the full support of her new label, DCD2 Records (owned by Fall Out Boy’s Pete Wentz), this past winter. “Their support meant the world to me. That was the greatest gift anyone has ever given me.”

It was time. She was ready to embrace her roots, to be among family and friends, and feel the comforts of home for the first time in more than twelve years. She set out to complete her latest LP, Comeback Queen with her co-producer, Jake Sinclair.

“He’s the most incredible genius boy wonder.  He’s my music husband. I literally don’t know what I’d do without him.”  Each morning she would write a journal entry, and they would turn it into a song. Once they decided what songs would be on the LP, she recorded each song in one take. It may take a few takes, but the songs were recorded in their entirety, not in parts, as many songs these days are produced. The LP contains four songs filled with raw emotion, angst, and an occasional “I don’t give a .…” vibe, but in a good way. She wrote and performed them with determination, with a voice that shows the strength and courage she had finally found through being okay with where she’d been, and where she was yet to see herself go. Her vocals are stellar, and even she says that each time she performs the single, “Comeback Queen,” it takes all she’s got.

Two months after she moved home, she received two phone calls on the same day. The first was a request to join the “Wilderness/Politics Tour” (opening for The Griswolds, Andrew McMahon, and New Politics). This was the first tour where she was asked to play an entire set on her own (previous tours had been with Panic At The Disco, where she sang with the song, “Miss Jackson” (which actually has no direct relationship to LOLO being from Jackson. It was pure coincidence). The tour began October 12, and will run through November 28. Then, the second call came . . .the 59E59 Theater that couldn’t wait to open their doors with a production of Songbird, had a play fall through and Songbird was asked to fill the slot. “YEAH!” This was an opportunity they jumped on. They had to move quickly, and she was speechless.  The play was set to run October 20 thru November 28, basically the exact duration of the tour she had just committed to doing. She hadn’t toured with her own material in the states in years, and the play she had poured her heart into would be opening . . . without her.

On October 23, after her show in Salt Lake City, she’ll take the red eye to NYC to see a couple of nights during previews, and then since the tour ends on Nov 28, (the play is set to close on the 29), she’ll fly out of Philadelphia to catch the last show. If the play gets extended, she intends to see every performance during an extended run.

“It’s weird to pour everything in your life into something for three years and not get to be there, but that’s the way it is.” Many musicians who write music for other artists, write with the intention that they will never sing the songs themselves. As for the Songbird soundtrack, LOLO feels so close to the project that she will more than likely sing the songs from time to time, though she does not intend to become a “country musician.” But, she loves the songs, especially one titled “Heart Costs.” She’s even contemplating including it on her full length EP she’ll be releasing next year. Prior to its release, she’s planning a limited headlining tour in a few US cities.

For now, she feels reasonably overwhelmed. “It’s the strangest experience of my life. I’m feeling very grateful, very humbled, and very capable.” She’s had many years of not knowing where she should be, but has always known who she needs to be. She feels like she’s in the best place in her life and, “it feels extraordinary”.

Mocha Charlie is an amazing photographer who has a real passion for music. She covers and shoots several shows per month in and around the region. She a brilliant photo journalist but most importantly, she is also a mother who does her best to balance out her life and live it to the fullest. Mocha Charlie uses her passion and talent to support the community, her friends and family any way that she can.
Related ItemsFall Out BoyFeatureLauren PritchardLOLOMocha CharlieNew Politics
← Previous Story The Emergence of Brendan James
Next Story → Seattle Loves LEGS