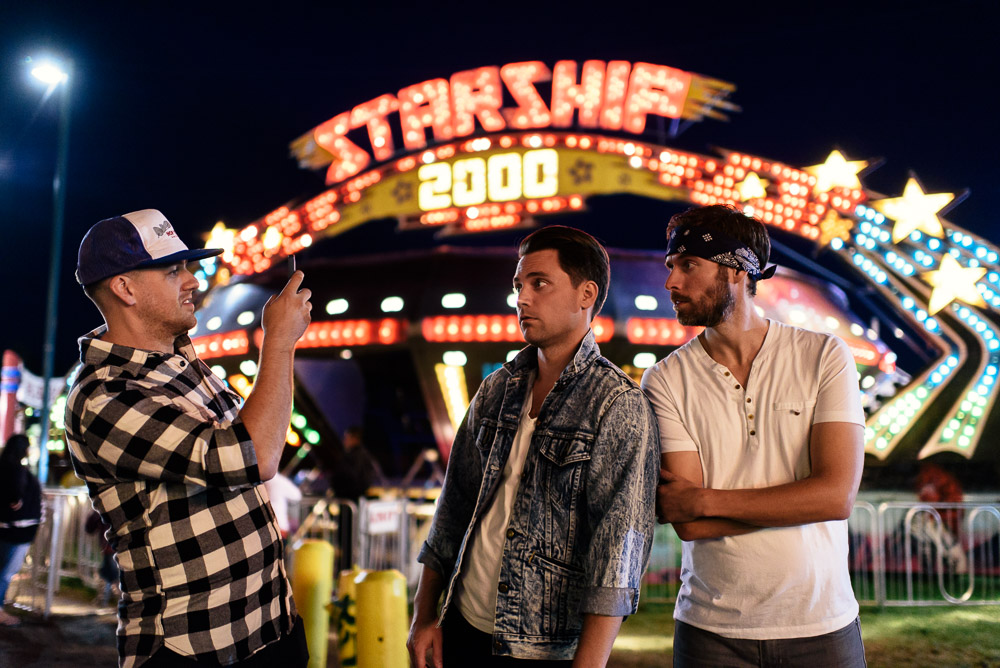 Behind the scenes of The BGP’s “Uhmerica” music video shoot (Photo: Jason Tang)

Earlier this week, we featured a glowing review of Tacoma-based blue-eyed-soul band the BGP‘s brand new EP, Fort Knox. The fellas have just released the official music video (directed and produced by yours truly) to the album’s first single, “Uhmerica,” and we’re honored that they have chosen SMI to premiere it. The video was shot over the course of a day at the Washington State Fair and features members of the band, as well as random strangers, dancing, singing, and generally having a blast in front of various scenes at the Fair. Enjoy the video below and some behind the scenes photos of the filming.

The BGP’s new album “Fort Knox” is out now. You can purchase or stream it at the following links: iTunes | Bandcamp | Spotify

Keep connected with the band through their website and Facebook/Twitter/Instagram.

Jason Tang is a well respected concert photographer in Northwest. Not only does he shoot all of the top Northwest shows and festivals such as Bumbershoot, Capitol Hill Block Party and City Arts Fest, but he also lends his talents to our partners Melodic Caring Project and Seattle Living Room Shows. Jason’s great eye and solid technical acumen make him one of the best and most respected photographers in the region. Because of his stunning photo work and professional reputation, Jason has been requested by name to shoot artists such as Allen Stone and Star Anna. Jason is well thought of within the concert photographer community and is always willing to lend a hand and provide tips to newer concert photographers.
Related ItemsBradley Allen PattonBrandon GhorleyDustin BlatnikFeatureFort KnoxJason TangJosh DemorowMusic Video PremierePhil HopperThe BGPUhmericaWashington State Fair
← Previous Story Marina and the Diamonds – Concert Preview
Next Story → Go See This Artist: Oddisee