The Hot Seat with Alex and Juli of Valadares

By Christine Mitchell on October 21, 2015@Housetornado37 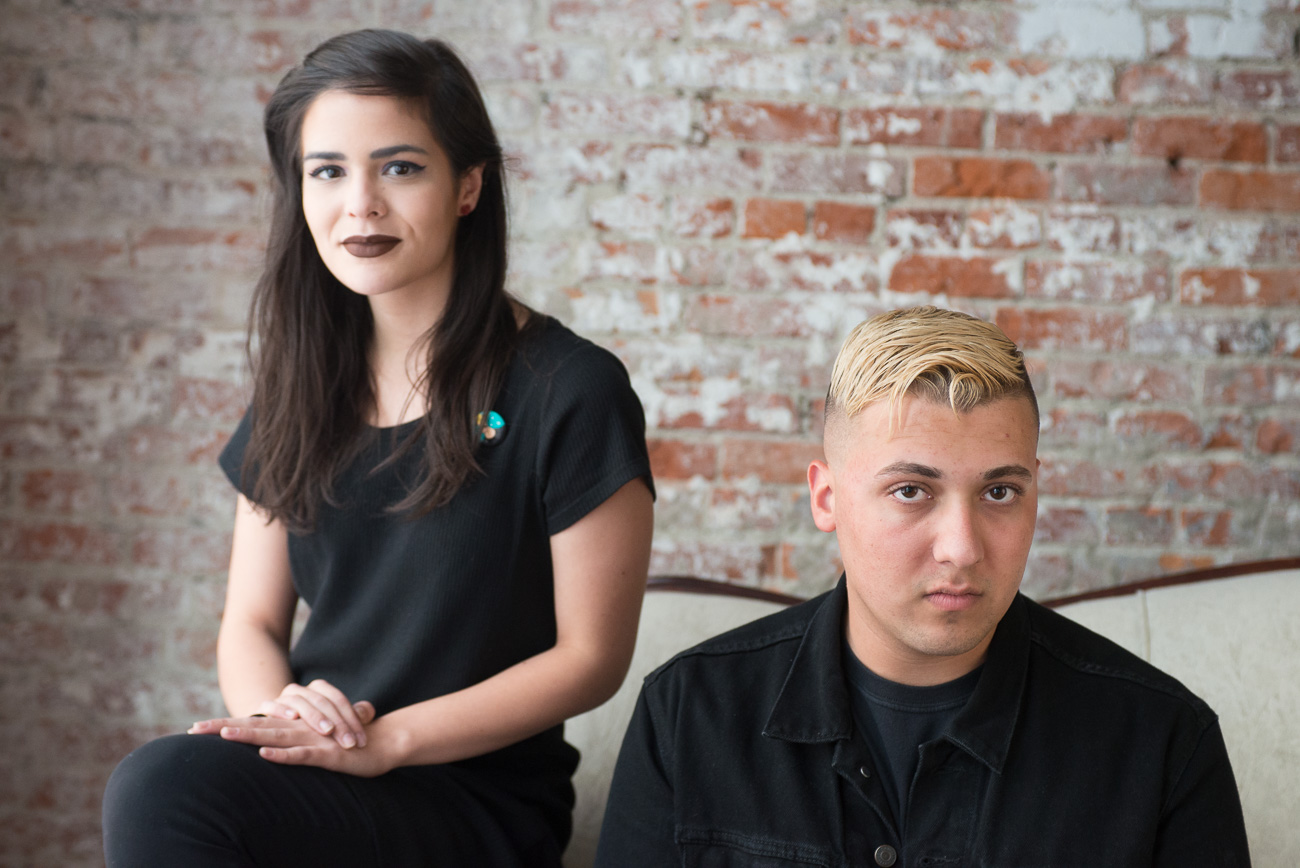 Juli Roman and Alex Dorova of Valadares have just finished a tour and are working on new music.  Their music has touched the lives of many and their passion as a group, shows that they will be a force in the coming years.  The members of the band are:
Vocals – Juli Roman
Lead Guitar – Alex Dorova
Bass – Savanna Räy Dohner
Drums – John Holmquist
Keys – Liam Duke
Guitars – Tyler Domitrovich
Having seen two of their shows, I am excited to see them in the future. I was able to ask them a few questions as follows below.

1. What do you think of the Seattle music scene?
A: The current shape of the scene is diverse and communal, but struggling when it comes to young people and traditional rock band instrumentation. There are incredible supporting audiences across genres of hip hop, indie/folk, hardcore (metal), pop punk, and punk rock. It is a beautiful thing to see the artists and audiences interact and create a family-like bond. Seattle music, in all shapes, is a tight community who care for each other, who can come together, and have a release of the issues and hardships in each other’s lives. The issue facing the local scene is the new generations coming up right now are grown into their technology-based lives, and either do not discover their local music scene or it is simply not the medium that it was in the past for youth. As culture shifts over the years, I am sure younger generations will rise up, they will find new and innovative sounds for a traditional rock instrumentation, and the local music hype will return as many things do. We are beginning to even see this at our shows, and through incredible responses we receive from fans in person and from the online presence.

2. How do you find yourself fitting in in Seattle?
A: Valadares is bit of an anomaly in the best way. Again, there are a lot of indie pop and folk acts and a plethora of hardcore bands and punk/pop punk bands, but the alternative/hard rock band thing is rare in our area and I believe we are creating a fresh breed of songs and a new sound. The shows continue to be bigger and bigger with people responding to the music whether it was in a Seattle club, on tour in Tucson, Arizona, or Vans Warped Tour this year. That being said, we are able to do shows with indie pop acts to the hardcore bands as well. We’ve done it in the past and those fan bases end up falling in love with our music by the end of the night, and they come to our next show! It has been incredible to see how quickly our music has crossed the genre barrier, and also the age gap. We see teens, to middle age, to older folk all coming to our shows and enjoying the music. The way that Juli writes lyrics is able to connect with everyone at some level. Our songs have moments where they are a little dark, thus coining the phrase “horror punk”, but often the lyrics are relate-able and give hope. The common threading idea is if you get knocked down in life, you stand right back up, bigger and stronger. It is all about being the best version of you that you can be, even when life throws hardships at you, stand up and fight. Ultimately, I believe our ‘fit’ in Seattle is falling into every little corner of various music scenes, and there is a real potential to continue to grow our fan base of ‘Valadorks’ beyond the Northwest and West Coast.

3. Are there any local artists that have influenced or greatly inspired you?
A: To preface, I understand the stereotype and commonality of the answers here, but we are subtly inspired by Nirvana because of the culture they were able to spread to a nation with their songs, and the raw emotion and power they released on their records. The Sonics are the same thing of creating such a powerful sound in rock and roll, especially at the time. They were the beginning of the heavy sound of the Northwest that we strive to adapt and continue in our music. Lastly, Heart’s way of making jam music with a deeper meaning and poetic spin was innovative and beautiful. We hope to achieve in turn, alternative hard rock n roll music with an internal connection through our lyrics, coming from difficult life experiences that can relate or give hope.

4. What is your favorite song to play for a live audience and why?
A: Our upcoming single, “Pentecost”, is one of those songs that when we hit it, the energy of the room and on stage explodes into free expression and raw energy. The song has proven to be a strong one and one with a lot of further potential to go viral. Plus, by the time we hit “Manifesto”, the crowd is on edge waiting for the main riff and the band is ready to put it all out there. There are just songs that provoke a kind of feeling inside each one of us, and the want to hear a song again; “Pentecost” has provoked that in us and we believe in many more soon.

5. How would you describe your music to someone who has never heard it?
A: I believe we have a fresh sound to offer. We have elements of modern alternative bands, but with a more traditional heavy guitar based feel. We hope to create songs that bring about an impact in a musical and lyrical way for everyone in some form. We seek to have a massive sound, full and powerful, but keep the raw emotion throughout the music and lyrics.

6. How would you define success in the industry?
A: Success is a funny word when it comes to the music industry. I am not sure what it means because since the start of rock and roll in the fifties, artists often get screwed over by major labels. Ultimately, minimal bar of success for this band would mean being able to comfortably live and provide financially, but most importantly to know we took part in a moment big or small, world wide or a single person, that we were able to touch a life by helping them forget about their problems or relating or giving hope through encouragement that you are not alone, and providing a exciting and deeper musical experience. That is why we love this ‘Valadork’ movement, its a family of people who enjoy the music, but can grow together and be in community.

7. If someone was going to start performing live, what advice would you give them?
A: Be yourself.

Christine Mitchell has been poring over album liner notes pretty much since she acquired the skill of reading, and figured out the basic structure of rock songs at an early age. Whether it’s the needle popping into the first groove of the record, the beeps that signal the beginning (or end) of a cassette tape, or digital numbers ticking off the seconds from zero, music brings Christine happiness, ponderous thought, opportunities for almost scientific study, and sometimes a few tears. When she started attending live shows two decades ago, a whole new piece of the puzzle clicked in and she has been hooked ever since.
Related ItemsFeatureMatthew Lambthe hot seatvaladares
← Previous Story Doomtree at The Showbox
Next Story → Win tickets and merch for Luna at The Showbox 11/5