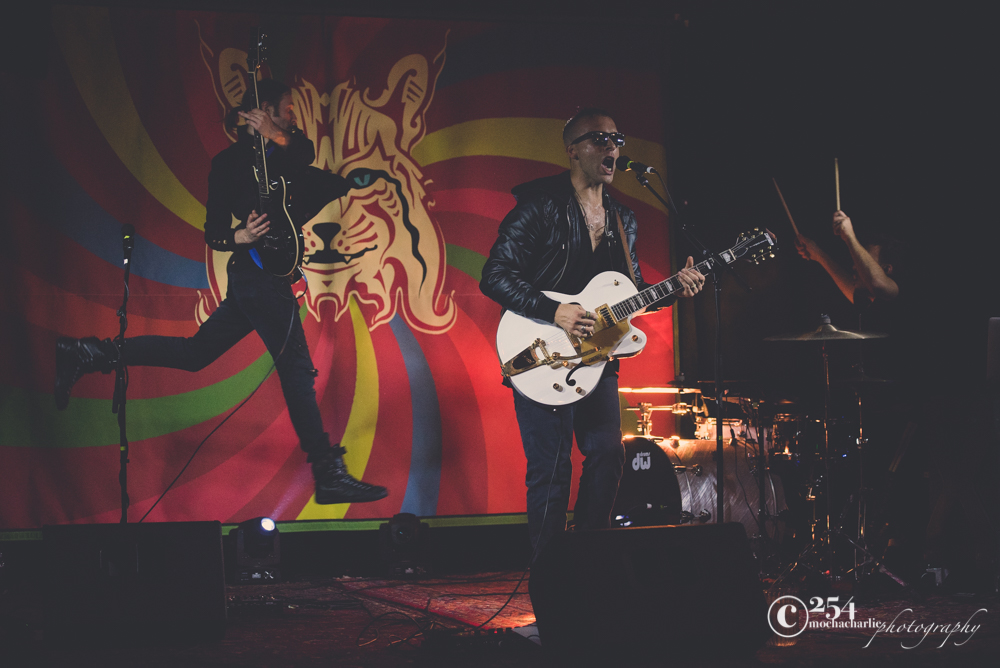 This past weekend, Oregon based hotelier, McMenamins, finally opened its long anticipated location in Bothell. Back in 2010 they made a purchase agreement with the city and acquired the five-plus acre parcel, which included the historic 1931 Anderson school.  Now known as McMenamins Anderson School, it provides 72 hotel rooms, a pool, gardens, restaurants, brewery, a tavern and more. As part of their opening weekend festivities, they invited local musicians Tommy Simmons and Ben Union to perform for the crowds on Saturday night inside the site’s Theater Bar.

This performance marked Union’s first live band show in over nine months. However, those nine months were not spent staying “silent.” Union has been playing numerous solo gigs around the Sound during the band’s “hiatus,” and steadily writing and producing new music for the band. While garnering rousing applause throughout their set, playing numerous songs from their past catalog, they also included some of the new songs (some of which they plan to record soon) which warranted an encore. Their next live show will be in Portland, playing 10 Barrel Brewing, “Pray For Snow Party” on Nov 14, with even more local shows yet to be announced.

Simmons, who’s been playing solo shows around the sound this year, including a performance at the inaugural Chinook Fest West, is currently working on his next EP, (no release date as of yet).

Mocha Charlie is an amazing photographer who has a real passion for music. She covers and shoots several shows per month in and around the region. She a brilliant photo journalist but most importantly, she is also a mother who does her best to balance out her life and live it to the fullest. Mocha Charlie uses her passion and talent to support the community, her friends and family any way that she can.
Related ItemsBen UnionBothellFeatureMcMenaminsMocha CharlieTommy Simmons
← Previous Story Tyrone Wells Chooses to “Roll With It” at Storyville Coffee
Next Story → Alt-J Ends Tour in Seattle