Tyrone Wells Chooses to “Roll With It” at Storyville Coffee 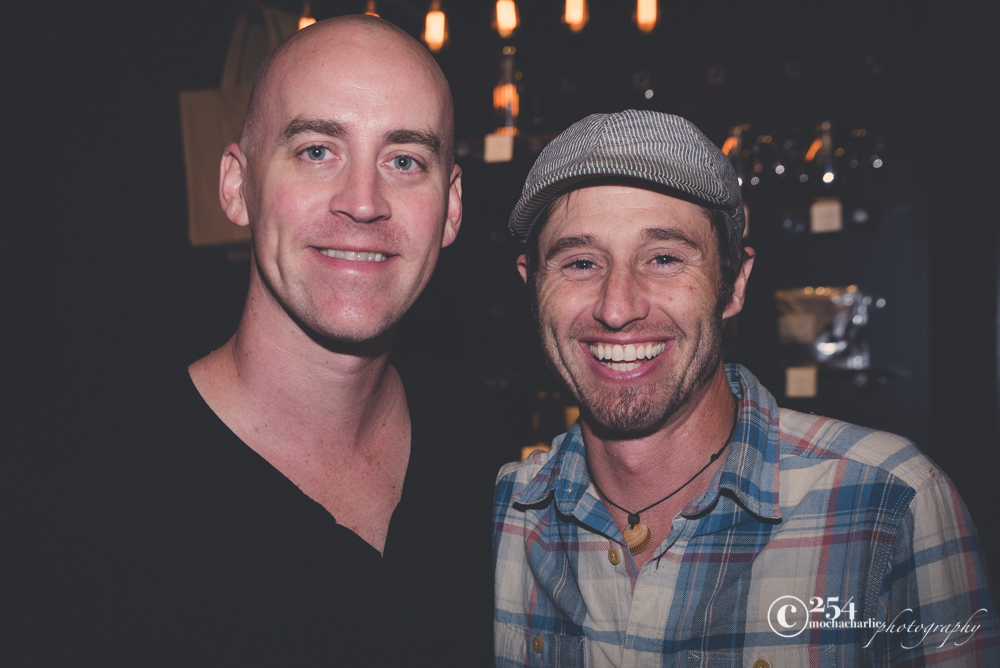 This fall, singer/songwriter, Tyrone Wells set out on a headlining tour playing smaller rooms, enhancing the fans’ listening experience. One such stop included both an early and late show last Friday at Seattle’s, Storyville Coffee (Pike Place). What appears to be a coffee house by day, turns into a private event space and musical venue after hours. Throughout the show they served limited menu items, including their signature roasted coffees.

Opening both shows was Seattle musician, Levi Ware. Ware, and his wife founded The Melodic Caring Project, which also streamed the early show to kids and their families across the US, including a special streaming at Cincinnati Children’s Hospital. The show was filled with stories from both musicians, solo melodies, and shout outs to kids viewing the show online.

As for the late show, what began with stories and another performance by Ware, certainly took a different turn when his set ended. Just before it was time for Wells to take the stage, he halted the show to bring up three very special guests, as a heartwarming surprise for Ware. Seattle musician, Mycle Wastman was called up from the crowd (guitar in hand), along with two young MCP “rockSTARS” (a term used for every kid who tunes in to MCP’s live streams). The girls proceeded to read a speech they had prepared, acknowledging how much they admire, respect, and love what Ware and MCP have meant to them over the years. Overcome with emotion, Ware was truly surprised, as he was in tears from the moment they were called to the stage. They ended the speech with a song that the girls wrote the lyrics for and Wastman composed the music. It was a memorable performance, and definitely a bonus for fans in attendance. Ware was nearly speechless by the time the song was over, and was overwhelmed by the fact that Wells was in on the surprise, had organized it, and instigated the whole thing. As a special treat during the tour, Wells is selling an exclusive 5-CD box set which includes his latest release, “Roll With It.” He is also including a stunning performance of “Carolina Blues,” (off his 2003 EP, Snapshot), to which he’s added an emotional ending, dedicated to his personal feelings of being a father to his two beautiful daughters. The evening was capped off by Wells announcing that he is working on a possible residency at Storyville next July. Stay tuned!

Mocha Charlie is an amazing photographer who has a real passion for music. She covers and shoots several shows per month in and around the region. She a brilliant photo journalist but most importantly, she is also a mother who does her best to balance out her life and live it to the fullest. Mocha Charlie uses her passion and talent to support the community, her friends and family any way that she can.
Related ItemsFeatureLevi WareMelodic Caring ProjectMocha CharlieMycle WastmanPike Place MarketStoryville CoffeeTyrone Wells
← Previous Story Mudhoney Helps Fight Cancer
Next Story → Ben Union & Tommy Simmons Party at McMenamins in Bothell