By Christine Mitchell on October 25, 2015@Housetornado37 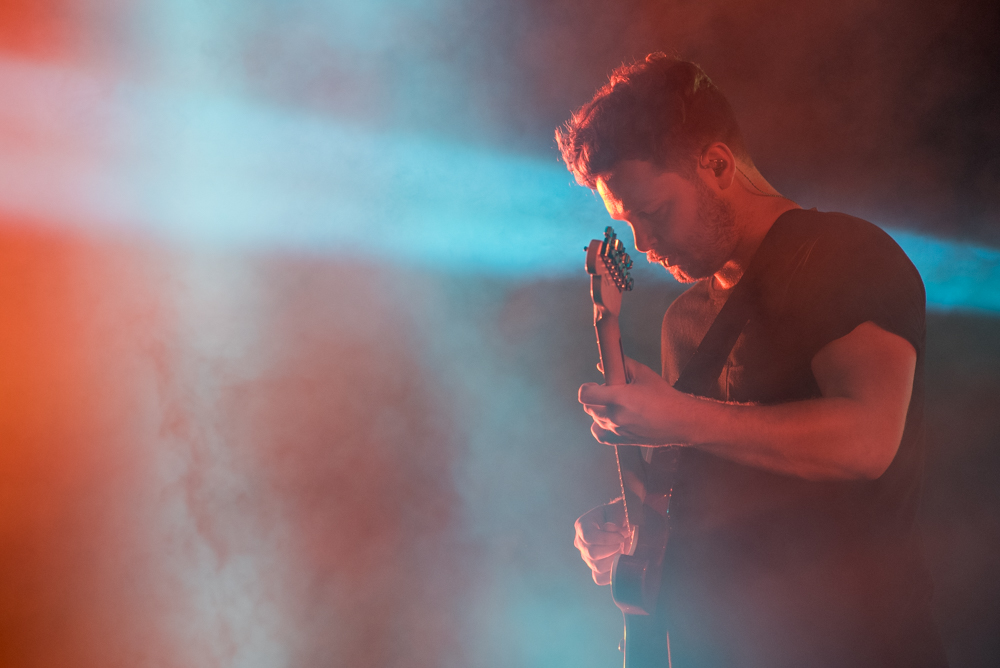 Seattle has a lot of love for UK-based Alt-J, and the band responded in kind at the KeyArena last Sunday, telling fans how much they enjoy playing in our town. Their expertly executed show backed that statement up, and then some.

Brooklyn’s  San Fermin had a full band approach (with eight members including saxophone and trumpet) that was well-received by the crowd. Their soulful music was visually accentuated with filament light bulbs placed thoughtfully around the stage, their light waxing and waning to the beat.

Alt-J has never been a high-energy group, and this show was no exception as each band member seemed frozen in place, forcing almost all focus onto the music that they were producing. The lighting was perfectly curated to highlight the music as well, with white light pulsing at times, and streaks of color sweeping the stage at others. The lead-off number, the intro to their latest album, This is All Yours, found the group harmonizing in perfect unison in the blue dark. As the song progressed and became more intense, flashes of light punctuated just the right moments to create a sublime, otherworldly feeling. Lead singer and guitarist Joe Newman’s voice sounded both robotic and undeniably, vulnerably human at the same time, a feat accomplished by very few (David Bowie comes to mind).

Alt-J worked their way through a long-ish set and then returned to the stage for a four-song encore that included the popular “Warm Foothills,” which sent the crowd into a frenzy of cheering. The cheering was such that, while Newman got through the first part of his whistling solo, he had to stop for a while as he could not contain his smiling at all of the hollering. No worries, the band simply kept playing until Newman composed himself and was able to finish. Yes, the feeling between Seattle and Alt-J certainly appears to be mutual.

Christine Mitchell has been poring over album liner notes pretty much since she acquired the skill of reading, and figured out the basic structure of rock songs at an early age. Whether it’s the needle popping into the first groove of the record, the beeps that signal the beginning (or end) of a cassette tape, or digital numbers ticking off the seconds from zero, music brings Christine happiness, ponderous thought, opportunities for almost scientific study, and sometimes a few tears. When she started attending live shows two decades ago, a whole new piece of the puzzle clicked in and she has been hooked ever since.
Related ItemsAlt-JChristine MitchellFeatureKeyArenaSan Fermin
← Previous Story Ben Union & Tommy Simmons Party at McMenamins in Bothell
Next Story → Mutemath’s Triumphant Return to Seattle