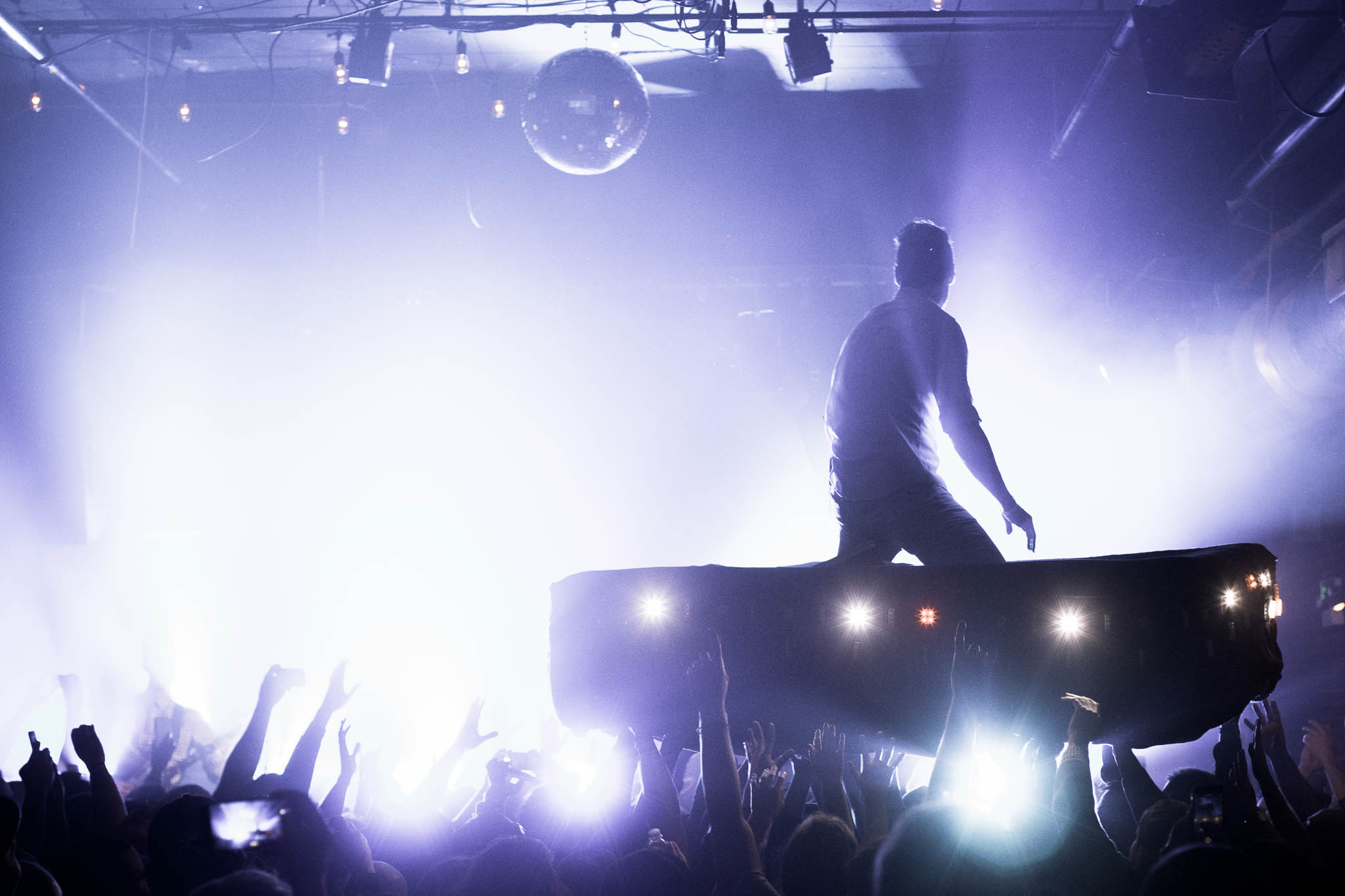 After a lengthy gap between visits to the Northwest, synth/dance/rock band Mutemath returned to the Emerald City this weekend for a long-awaited Seattle set. Having sold out the Tractor Tavern nearly three months in advance, it was clear that the band had its sights set on an intimate and yet high-energy performance for its closest followers.

Since its inception, the New Orleans-based outfit has put out three outstanding LPs, additional live recordings and select singles, though it seems that nothing has made waves quite like their debut, self-titled album. Much to the audience’s enjoyment, Mutemath stacked the lengthy set list and primed the sing-alongs with heaps of old favorites, including heavy-hitting anthems like “Typical,” “Noticed,” and “Control.” With a new album entitled Vitals set to release this November, the band also teased out a few select new songs, including “Light Up” and “Used To.” From the ferocity and insane rhythms displayed by percussionist Darren King to the commanding and echoing vocals of frontman Paul Meany (not to mention some last minute crowd-surfing on what appeared to be an air bed), it’s safe to say that everyone departed the Tractor having gotten their money’s worth.