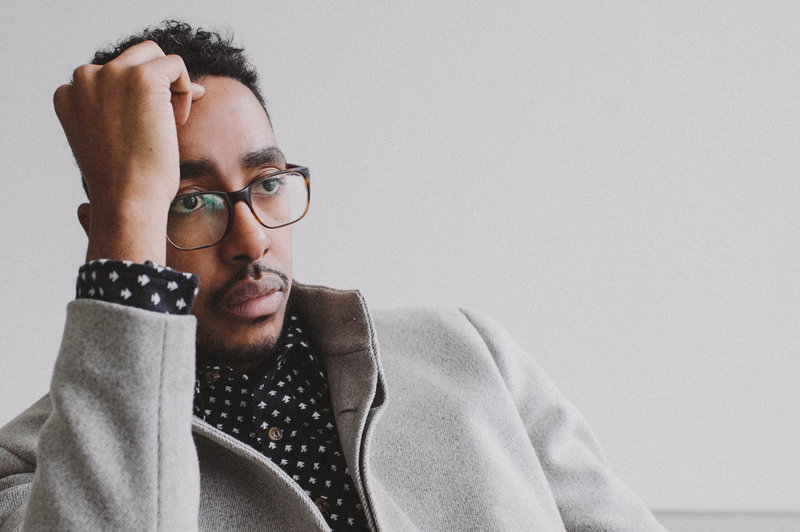 It would be easy to dismiss Oddisee as an “everyman’s rapper,” yet to do so would be a disservice to one of the more premier rap artists of the last few years.

“Everyman Rapper” is a clunky descriptor usually used in reference to rap artists who don’t fit neatly into either a street rapper or super lyrical MC-type category. It’s a label that implies such artists rhyme from a more utilitarian, middle-of-the road perspective who, while serviceable, aren’t as compelling as the aforementioned rap archetypes. But Oddisee isn’t typical “meat ‘n potatoes” rap music. He’s great at both rhyming and producing, and in four years of indie grind out, has quietly built himself into a six-figure-earning creative whose work often ends on critics’ “best of year” lists.

While Oddisee’s latest album, The Good Fight, may be highly approachable, it is also an expertly crafted and engaging work from one of indie Hip Hop’s most prolific artists. From the ’60s-sounding organ and horn stabs of “That’s Love,” the analytical conflict of “Contradiction’s Maze,” to the alt-jazz instrumentation and cautionary tales on “Book Covers,” this LP is like a highlight reel of True School methodology. On the album, Oddisee also displays the rare gift of being able to artistically give a nod to golden era hip hop without sounding like a tired re-tread. With the different flow patterns, the live instrumentation and time signature changes, the set list maintains freshness and feels very contemporary.

He’s on tour right now with his live band, Good Cmpny, and it’s guaranteed to be one of those shows where your rap-fanatic homie will tell you, “You should’ve been there.” Don’t sleep on this cat. Get the tickets. He plays The Crocodile on Saturday, November 7.

Carradin Michel is a Seattle native who spent his youth constantly stealing his older brother's Maxell cassettes, all dubbed with rap music from LA and New York. Those early tapes, along with a weekly soundtrack provided by Nasty Ness's Rap Attack radio show, caused him to fall hard for Hip Hop music and it's culture. He believes the Pacific Northwest has one of the freshest hiphop scenes in the world and wants to shine a brighter spotlight on it by documenting it's rich talent.
Related ItemsCarradin MichelFeatureGood CompnyHip-HopoddiseePreviewreign cityThe Crocodile
← Previous Story Music Video Premiere: The BGP – “Uhmerica”
Next Story → Anticipating Beats Antique